In our two papers, we analyze how changes in personal and functional (wages versus profits) income distribution interact to produce different macroeconomic outcomes in different countries. On the basis of a stock-flow consistent model calibrated for the United States, Germany, and China, simulations suggest that a substantial part of the increase in household debt and the decrease in the current account in the United States since the early 1980s can be explained by the interplay of rising (top-end) household income inequality and certain institutions (e.g. easy access to credit, privately financed education and health care systems).

On the other hand, the weak domestic demand and increasing current account balances of Germany and China since the mid-1990s are strongly related to shifts in the functional income distribution at the expense of the household sector. We also argue that expenditure cascades have been weaker in Germany and China, as compared to the United States, as a result of different patterns of personal income inequality and country-specific institutions.

These results are also confirmed by a series of panel estimations for the G7 countries and a larger sample of 20 countries for the period 1972-2007. We find that, firstly, rising (top-end) personal inequality leads to a decrease of household net lending and the current account, controlling for a standard set of further explanatory variables. This is again consistent with the expenditure cascades hypothesis. Moreover, an increase in the corporate-sector financial balance leads to an increase in the current account, ceteris paribus. There is also tentative evidence that both corporate net lending and the current account increase as a result of a decline in the share of wages in value added. These findings suggest that consumers do not fully ‘pierce the corporate veil’. In sum, the decline of wages and household income relative to profits has weakened domestic demand implying an export-oriented growth model.

Against the background of these findings, the recent bashing of German economic policies appears in a somewhat different light. While the pro-cyclical fiscal policies and obsession with price competiveness certainly are a notorious problem largely specific to Germany, it is equally important that policymakers recognize that rising inequality across the globe, but in different forms in different countries, has been a root cause of macroeconomic imbalances before and after the Great Recession. This is true not only for the credit-driven economies such as the United States and the United Kingdom, but also for the current account surplus countries including Germany.

Some economists have argued that the weak domestic demand in Germany has been due to low investment and that Germany needed further product- and labor-market deregulation to boost investment. Yet, the low investment-to-GDP ratio before the Great Recession was mainly due to low government and residential investment, which is hardly related to market regulation. Business investment in equipment and machinery was not particularly weak before the crisis. While profits have boomed, the main structural cause of the anemic domestic demand in Germany over the past decade has been weak private household (and government) spending (see here for a discussion).

The Occupy Wall Street movement and economists have singled out “the 1%” as a cause of political and economic instability in the United States. In Germany, top income shares have been almost flat throughout the past decades, according to the World Top Incomes Database. But the corporate sector has been persistently running financial surpluses since 2002 (see figure below).

Clearly, since corporate net financial assets are ultimately owned by (high-income) households, top income shares, which are now routinely used as a “measure of income concentration among the rich,” underestimate the degree of top-end inequality in Germany.

Why exactly the German business elite has been so keen on accumulating financial assets within companies, living comparatively frugally, while “the 1%” in the U.S. has been living it up, remains something of a puzzle. It likely has to do with corporate governance structures (family-owned businesses, or Mittelstand, in Germany vs. shareholder value orientation and the market for managers in the United States). These differences in income distribution and elite behavior, not only different attitudes towards fiscal policy and inflation, are highly relevant for understanding macroeconomic imbalances. 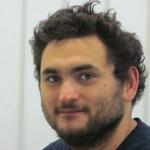 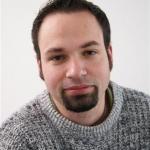