Getting Out of the Rat Race: Is an "Age of Leisure and Abundance" Possible?

By Jan Behringer, Martin Gonzalez Granda, and Till van Treeck 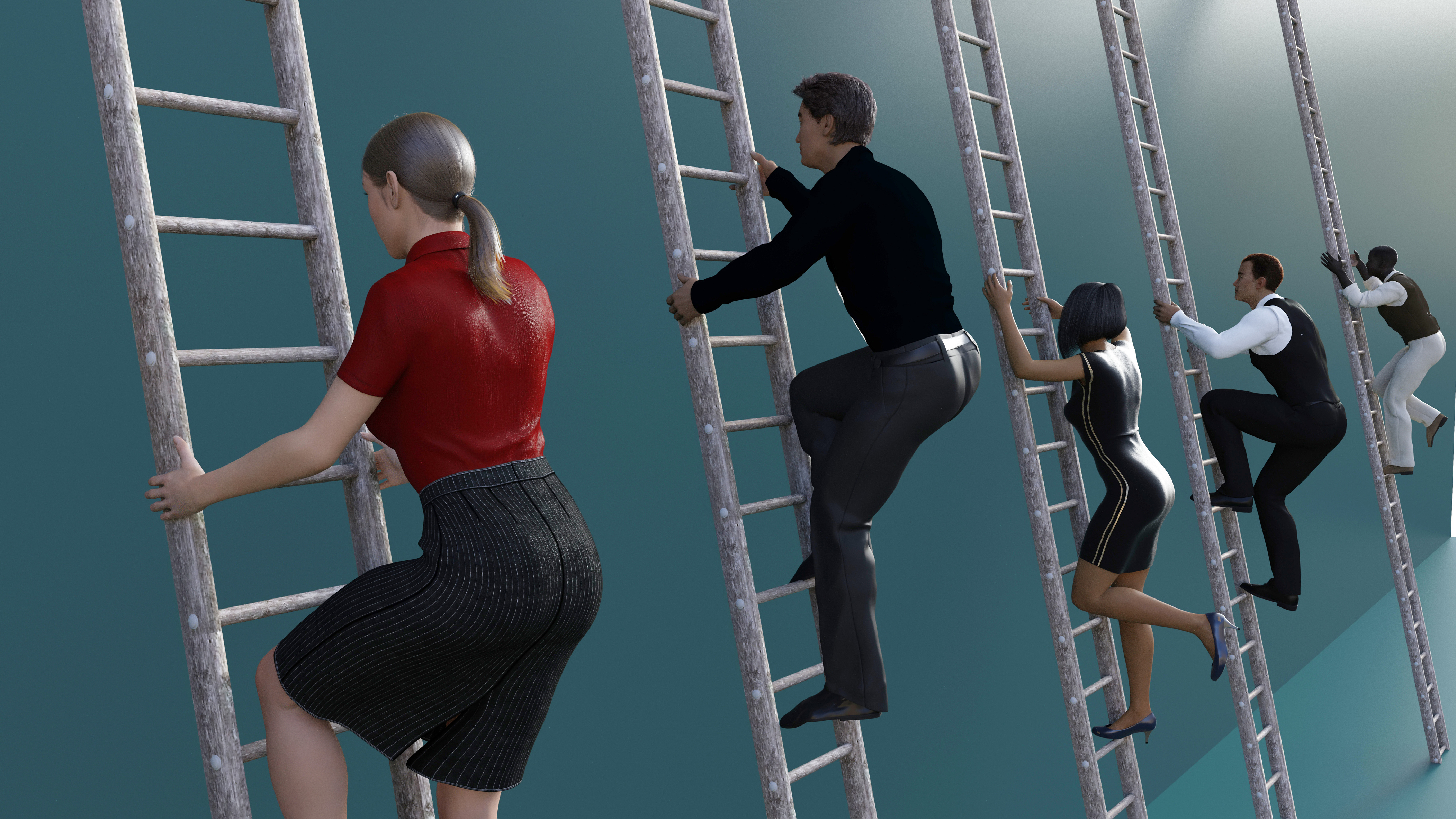 Keynes promised shorter working hours and greater prosperity by now. As remote as it sounds, that vision is still possible.

Why haven’t working hours in rich industrialized countries declined more sharply or even increased at times since the early 1980s? And why do average working hours vary so much across rich economies? These are the questions addressed in our paper Varieties of the rat race. Working hours in the age of abundance.

These questions are interesting and especially poignant because there are indications that rich societies have perhaps long been in a position to move into an “age of leisure and abundance” due to the level of productivity they have achieved. The famous economist John Maynard Keynes predicted in his 1930 essay on The Economic Possibilities of Our Grandchildren that the conditions for significantly reduced working hours (3-hour days or 15-hour weeks) should be in place by 2030. While Keynes’ predictions regarding productivity growth have actually been exceeded over the past nearly 100 years, the obstacles to more leisure time are primarily socio-political in nature.

Based on an empirical analysis of 17 European countries and the U.S. for the period 1983-2019, we conclude that lower income inequality, coordinated wage bargaining, and strongly developed public services can contribute to short working hours. This result is relevant in that shorter working hours could make an important contribution to addressing several of society’s most pressing current challenges – climate change, gender equity, and social cohesion.

What is the minimum amount of money a family needs to do well in life? In the United States, this question is regularly asked in a large-scale survey. How respondents’ answers have changed over time since World War II says a lot about the evolution of American society, and likely also about the evolution of capitalism in rich countries as a whole.

In 1950, on average, the families surveyed thought they needed about 68% of the actual median income at the time to live satisfactorily (Figure 1). By 1980, after three decades of strong income growth across all strata of the population, 53% of median income was already sufficient for a satisfying life for the families surveyed. During the 1950s and 1960s, while aspirations for a satisfactory standard of living increased, they did not increase as much as the actual incomes of the middle class. And, interestingly, the growth of these aspirations actually came to a complete halt during the 1970s. Apparently, a certain saturation of basic material needs had been reached.

The three postwar decades, often described as the “golden age of capitalism,” also displayed a remarkable reduction in average annual working hours. This was the case not only in the U.S., where the hours worked per year by employees declined by about 200 hours but in virtually all industrialized countries (Figure 2). From the perspective of neoclassical economics, leisure time behaved like a “normal good”: as they got richer, people consumed more leisure.

It almost seems that, as Keynes put it in his 1930 essay, “the economic problem” was more or less solved: as income levels rose, people’s material needs would be met and they would now prefer to devote more of their time to non-economic purposes rather than continuing to work long hours.

The reestablishment of material neediness in the “neoliberal age” (from ca. 1980)

But things turned out completely differently. Since the 1980s, material saturation has given way to a new and growing sense of material deprivation among large segments of the population. The level of income that families consider minimally necessary to make ends meet has risen again over this period, and at increasing rates of growth. When the global financial crisis hit in 2007, the subjective minimum income was again 68% of the actual median income, just as it had been in 1950 (Figure 1).

Average hours worked by employees did not decline in the U.S. after 1980; instead, they rose again until the early 2000s before remaining at a high level. In fact, annual hours worked per working-age person rose steadily by about 150 hours from 1980 to 2000, a trend interrupted only by two deep recessions. Working hours in other industrialized countries show broadly similar trends over time, but with some differences in the extent and timing of these developments (Figure 2).

One finding of our macroeconomic panel analysis is that top household income shares are positively related to average working hours. Income inequality has increased since the 1980s, first and more strongly in the U.S., with a time lag and less strongly in Europe (Figure 2a). Two phenomena are striking. First, as inequality has risen, average working hours have fallen more slowly over time than in earlier decades or have even risen again (Figure 2b-c). Second, it is striking that employees with higher hourly wages in countries with high inequality at the upper end of the income distribution now tend to work longer hours than employees with lower hourly wages (Figure 3). Both developments are historically unusual. This is because they contradict the observation of economists that societies or individuals with high incomes consume more leisure time.

Our explanation for this historical anomaly is upward status comparisons in the context of rising income inequality. In particular, the upper-middle-class emulates the consumption norms of the rich and sacrifices leisure time to do so. Because the rich also increase their spending on status goods such as housing, education, etc. as their incomes rise, the middle class feels pressured to keep up. After all, what constitutes a “good place to live” or a “good education” is essentially defined in comparison to the standards that the upper-income groups largely determine. If, on the other hand, the gap in the living standards of the rich becomes too great for the lower-income groups and they are left further and further behind, these groups are often left with nothing but resignation, i.e. giving up the “rat race”.

Another finding of our empirical analysis is that centralized wage bargaining and government social transfers in-kind (but not in cash) are negatively related to working hours. One possible explanation is that centralized wage bargaining mitigates status conflicts because workers can collectively decide against a “positional arms race” at the expense of leisure. The fact that public services (social benefits in-kind), unlike monetary social transfers, are associated with lower hours of work may be because the direct provision of goods and services reduces the need for status-oriented private spending on goods and services.

Finally, we also examine the importance of education as a positional good. The extent to which the education sector is organized through private markets is found to be associated with longer working hours among workers who themselves have high levels of education.

Our findings can also be seen in the context of family economics research by Matthias Doepke and Fabrizio Zilibotti. The authors show that the intensity of parenting styles is positively related to income inequality. In highly unequal societies, the loss of status associated with relatively low educational attainment is particularly large. This seems to explain, in large part, why it is precisely educated and high-income parents who spend more time and money on children’s education when income inequality is higher.

Doepke and Zilibotti point out that parents in the 1970s and 1980s took a much more relaxed approach to child-rearing. Especially for the educated and comparatively high-income middle class, which attaches great importance to children’s educational success and labor market prospects, both work life and leisure time (which includes time spent with children) have therefore become more stressful in many respects as inequality has increased. Parents with less educational attainment, on the other hand, are much less prone to “helicopter parenting.” Again, the explanation is that parents with low educational attainment are more likely to resign due to the large status differences and therefore more often do not even try to enter the “rat race” for the best education.

What to do about “neediness despite abundance”?

Social cohesion is currently being severely tested throughout the Western world. The overarching problem seems to be status concerns related to increased economic inequality, which have spread well into the upper-middle class.

At the same time, there seems to be a great need in large sections of society for more leisure time and to get off the hamster wheel. The Coronavirus pandemic has made many parents in particular aware that they have little time leeway to deal with unexpected additional stress. Among the younger generation, the view is increasingly widespread that the prospect of ever further increases in production and income is not only not meaningful, but also ecologically questionable.

However, a reduction in working hours is likely to remain unattractive or unattainable for many people as long as high inequality, incomplete collective bargaining agreements, and inadequate public services foster a feeling of “neediness despite abundance.” In our view, an unconditional basic income, which many are toying with, does not offer a solution as a purely monetary social benefit. More promising would be an expansion of “unconditional public services” in areas of key positional goods (especially housing, transportation, and education), combined with labor market reforms (e.g., four-day week, regular sabbatical years, job guarantee, subsidized free time for service to the common good).

This post is based on a text published in German on the research blog of the Institute for Socioeconomics at the University of Duisburg-Essen: https://www.ifsoblog.de/raus-a… 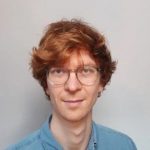 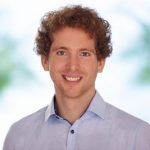 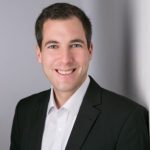