Most people, probably, think that the real point of Outright Monetary Transactions is to support the price of sovereign debt, notwithstanding Draghi’s claim that it is about fixing a broken monetary transmission mechanism, since low policy rates seem not to be transmitted to low sovereign debt rates. But maybe Draghi has more of a point than most people realize. From a money view perspective, let’s consider the possible connection between proposed Outright Monetary Transactions and the ongoing problem of burgeoning Target 2 balances between surplus and deficit national central banks of Europe.

If there were Eurobills, balances could be settled periodically by transfer of assets, just as is done in the Federal Reserve System. More precisely, if there were a System Open Market Account at the ECB, in which all of the national central banks held shares, settlement could be made by transfer of shares.

We know that the Bundesbank is not happy that it has accumulated such large Target 2 balances, which are essentially unsecured claims against the Eurosystem as a whole. We know also that the Bundesbank would be quite happy receiving German bonds as settlement for those claims, but that is not going to happen and everyone knows it. So the question is whether Spanish sovereign bills would be acceptable, and it seems that maybe the answer is positive, especially if the sovereign commits to some kind of conditionality before hand.

Even better however if the Bundesbank could receive shares in a system open market account, representing a portfolio of the various assets held by the Eurosystem. The point is not so much diversification as it is security. In effect, these shares would be a kind of proto-Eurobill, maybe not yet traded in private money markets, but traded nonetheless in settlement between national central banks. So maybe we should be pushing for a package deal, not just Spanish OMT but also others (Italy and maybe also France), in order to begin creating a system open market account at the ECB. (See here for such a proposal).

The larger point of this post is the simple observation that the Bundesbank will more readily accept Spanish bills if in some sense these bills are the joint and several liability of all the European sovereignties. If Spain, Italy, and France all went in for OMT together, and the resulting assets were segregated in a system open market account in which all national central banks held shares, we would be halfway there.

The unsecured liabilities of the Eurosystem, such as Target 2 balances, are already the joint and several liability of the national central banks which capitalize the ECB. A system open market account in which national central banks hold shares is just a secured version of the same thing. This is the sense in which Draghi’s OMT offers the prospect of a kind of backdoor Eurobill, essentially a secured clearinghouse certificate now, but possibly something more in the future. 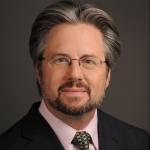