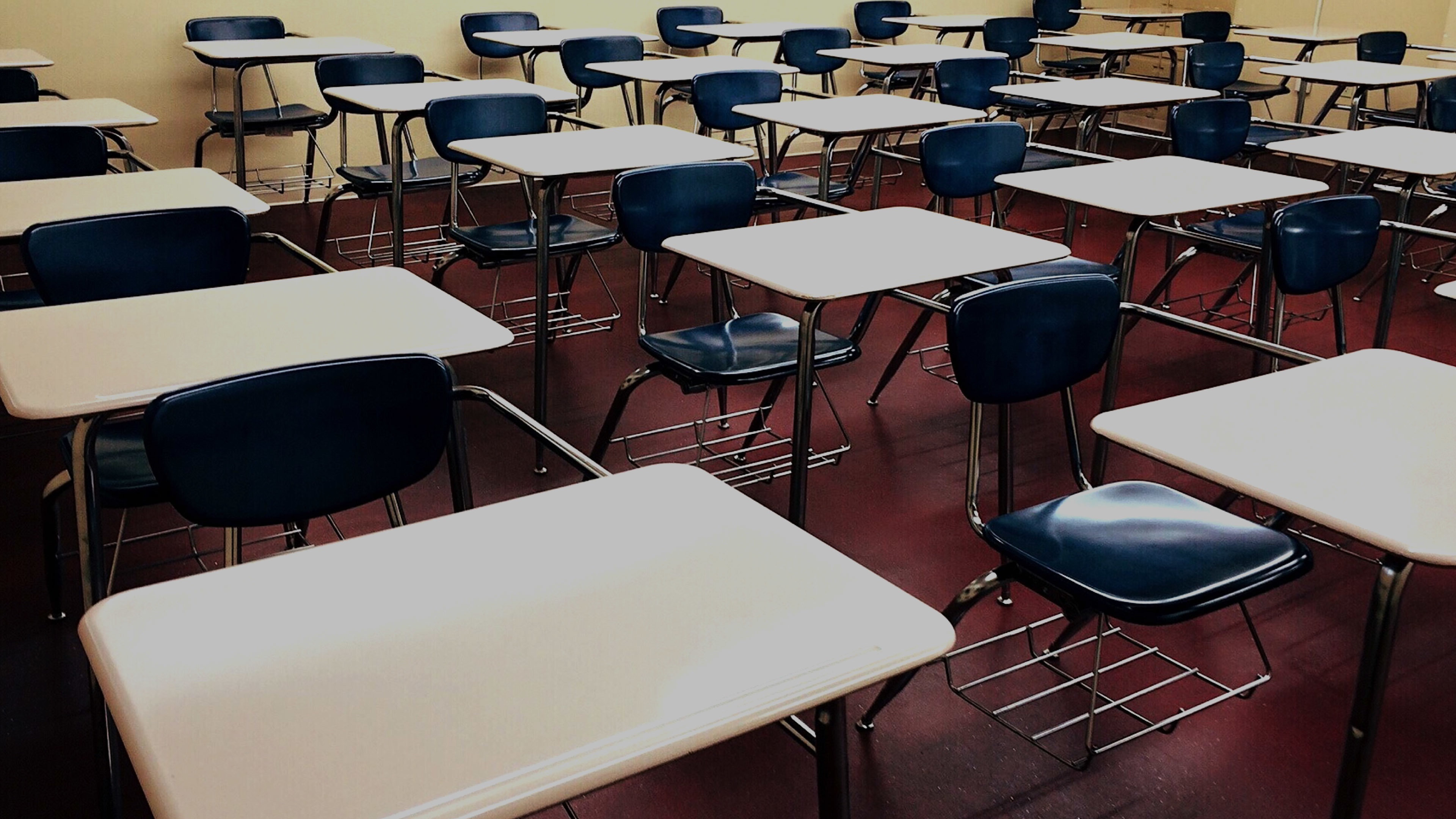 Economist Peter Temin has noted that when societies like the United States split into separate economies of haves and have-nots, there remains one ticket to a better life: education.

You’ve likely heard that this ticket is getting shredded. What once made America exceptional — robust investment in public education to prepare kids for life in a democracy — has faded, partly thanks to the efforts of a handful of haves whose money and influence foisted market-based makeovers onto American schools.

Over the last few decades, the handiwork of a tiny group of philanthrocapitalists and business tycoons with names like Bill Gates and the Waltons, of Walmart fame, have channeled their vision of corporate-style education reform into a series of deeply flawed programs, from George W. Bush’s “No Child Left Behind,” based on a fraudulent testing regime in Texas, to President Obama’s “Race to the Top,” which fused teacher evaluations to test scores and pushed to privatize more schools.

Today, thanks to this incredible shrinking vision of education, the average American student endures over a hundred standardized tests by the time of 12th grade rolls around. As if that weren’t enough, misguided assessment-and-accountability regimes have burdened public schools with frightened teachers, stressed students, narrowed curricula, and massive cheating scandals. All the while, increasing numbers of both for-profit and non-profit charters — many of them focused on enriching executives — drain students and scarce resources from public schools.

Journalist Andrea Gabor, author of “After the Education Wars: How Smart Schools Upend Business Reform,” is among the growing chorus concluding that the application of outdated, market-based models to a complex process like education has done more to exacerbate social problems than improve the performance of American children. As she sees it, the widespread embrace of approaches obsessed with the production of math and English language test scores “over civics and learning for learning’s sake” even helped spawn an electorate susceptible to the demagoguery of Donald Trump.

So that’s the bad news.

But Gabor has good news, too. While dilettante corporate reformers were making headlines with their quick-and-dirty education schemes, some far-sighted educators, active citizens, and imaginative thinkers across the nation have been swimming against the tide of the top-down, millionaire-driven reform movement with approaches to learning that are not only much more democratic, but remarkably effective and better attuned to the needs of 21st century students.

Gabor offers a trip through far-flung regions of country where vastly different public school systems have bucked the market-focused trends, including the state of Massachusetts and the Leander district in Texas, north of Austin.

Instead of prodding teachers and students with sticks and carrots, inflicting them with an endless grind of test preparation, the schools focus on creating a rich setting for learning, exploring, and developing human potential. And they manage to do so with greater efficiency, better outcomes, and certainly more enjoyment for everybody involved than what is often found in corporate reform-modeled schools.

Gabor turns first to Massachusetts, where John Adams presciently decided that an educated populace was critical for preserving a democracy and set down a mandate to adequately fund it in the state constitution. By 1990, however, recessionary conditions and the Reagan-era tax-cutting frenzy had left many public schools with resources nothing close to adequate, including the once-cutting-edge Brockton High, which had become the state’s largest and poorest high school. A poster child of dysfunction, it limped along with decimated budgets, teacher layoffs, and giant classes woefully unequal to the task of educating ever-growing numbers of students, many of them needing special assistance.

Brockton’s turnaround began with a successful lawsuit that lit the spark for the Massachusetts Education Reform Act of 1993, a law backed by a broad coalition of leaders from government, the business community, teachers unions and the judiciary that restored funding equity to public schools across the state. These leaders agreed that reforms would need to be collaborative, democratic, and focused on changes that would neither be rushed nor imposed from above. They capped the number of charter schools at 25, making them pretty much irrelevant. (The cap has been raised a couple of times since then, but Massachusetts’s voters remain skeptical of charters, voting down a proposal to expand them in 2016).

Armed with new funding, a committee of teachers and administrators at Brockton launched an ambitious literacy initiative in the late ‘90s to give students a foundation for success in all subjects. In addition to basics like reading and writing, students learned skills not covered by standardized testing, such as speaking, and found themselves urged to pursue fine arts, drama, sports, and activities that foster a personal connection to the school.

Professional development was structured to include both top-down and bottom-up elements, with strong input from teachers. For both staff and students, building a culture of trust was a top priority. These efforts led to a decade-long transformation commended by Harvard researchers, who found that by 2012, even though two-thirds of the tenth-graders at Brockton are black and Hispanic and 64% qualify for free or reduced-price lunch, they were outperforming most other students in the state.

Another compelling case of educational innovation is illustrated in Leander, Texas, a large, non-urban school district in the midst of a mostly white Christian and Republican populace, where around 35 years ago, reformers embraced the ideas of quality expert and statistician W. Edwards Deming.

Deming’s notion of continuous improvement in organizations stands in contrast to practices advocated by the better-known management guru Frederick Winslow Taylor; a mechanical engineer devoted to efficiency and standardization whose ideas became gospel to American business schools in the 20th century. The imprint of Taylorism and his anti-union perspective can be found in top-down, one-size-fits-all programs centered on standardized testing like No Child Left Behind and Race to the Top.

Deming, who is especially revered in Japan, where his ideas fueled Toyota’s success, took a different approach, emphasizing the contributions of ordinary employees and advocating managements in which hierarchies were either loosened or abolished. His methods emphasized driving fear out of the workplace and fostering the intrinsic motivation of employees.

In the 1980s, the Leander district suffered from problems so severe it was in danger of losing its accreditation. At that time, a group of educators began to apply Deming’s ideas to education, committing to continuous improvement driven by strong leaders working collaboratively with teachers and other stakeholders; meaningful teacher training and development; long-term thinking; and close attention to how organizational ecosystems work. By nurturing a culture devoted to grassroots-driven quality and experimentation, they turned a once-struggling district into one of the state’s best performing.

Where corporate-style reformers seem to have bequeathed to schools the worst lessons of the business world — that numbers can lie and books can be cooked, the Leander model suggests that education reform can benefit from business lessons more appropriate to the open-source, flexible milieu of the 21st century. Gabor notes that in 2015, at a time when many school districts were plagued with teacher shortages, the Leander district, which is about the size of New Orleans, saw a six-to-one applicant ratio for teaching jobs.

Massachusetts and Leander, as well as other cases Gabor discuses, such as the progressive reform movement in New York City, have distinctly different cultures. Rather than accepting one-size-fits-all solutions mandated from above, each developed its own model, tailored to the needs of the students in a particular community.

However, the schools have several things in common: a respect for democratic processes and participatory improvement, a high regard for teachers, clear strategies with buy-in from all stake-holders, and accountability frameworks that include room to innovate. They also feature robust leadership and strong teacher voice. Their success underscores the importance of equitable funding and suggests that problems like income inequality are far more detrimental to education that the usual suspects, like bad teachers.

Something seems to have shifted on the education battle lines in the last couple of years. First, reports emerged that even once-enthusiastic proponents of corporate-style reform, like former education secretary Arne Duncan, had started to voice second thoughts about things like standardized testing. Parents across the ideological spectrum began to opt out and rebel against testing regimes like Common Core.

Then came the election of Donald Trump, a man of decidedly undemocratic values, whose appointment of Betsy DeVos — the wealthy architect of Detroit’s disastrous charter system — as education secretary galvanized critics of privatization and market-oriented education models.

In 2018, media coverage started to turn from heralding tech millionaires as the intrepid “disrupters” of schools to highlighting the boldness of teachers, especially those in non-union states, engaged in strikes, walkouts, and protests around the country. The American public was supportive of the strikes and resonated with teachers who didn’t make a living wage and yet poured their hearts into doing their best for high-risk children under terrible conditions with few resources.

Critics like Gordon Lafer are now warning that if antidemocmratic forces and deep-pocketed elites continue to set the agenda for what children should learn, American schools will turn into places where inequality is not only exacerbated, but actually inculcated — something quite different from what most of us grew up understanding as their purpose. Instead of being prepared for lives as healthy and productive citizens, most will be groomed for a life of lowered expetations and servitude.

Gabor sees in all this an opportunity to push to restore democratic principles and participative decision-making to education reform and champion a more humane, sustainable model for success. She views what happens under Trump as the catalyst for better approaches and a recognition that preparing young people for a competitive global marketplace and life democratic society do not have to be at odds: schools can and must do both.

Fortunately, as Gabor’s book demonstrates, we don’t have to invent the wheel: there are plenty of great examples and strategies to choose from.

The stakes could not be higher. If America can begin to issue more tickets to prosperity through education, the country will most certainly survive the current turmoil and chart an optimistic path to the future. If not, the U.S. becomes just another oligarchy.