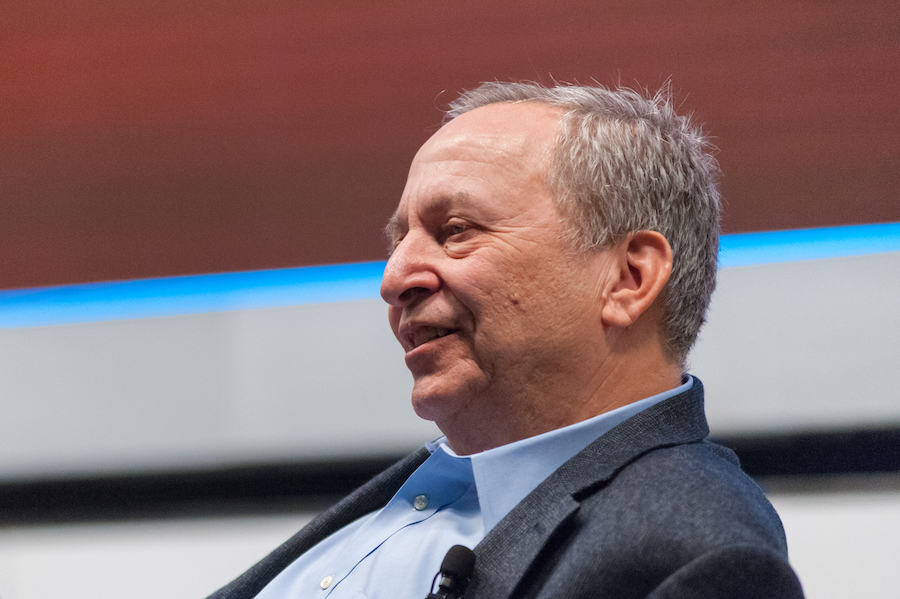 Lawrence Summers, Charles W. Eliot Professor and President Emeritus at Harvard, Secretary of the Treasury for President Clinton and the Director of the National Economic Council for President Obama, recently joined the Institute for New Economic Thinking for a discussion on secular stagnation— the idea that we may have slower economic growth in the future than we’ve come to expect. In the following conversation, he weighs in on inequality, how an aging population impacts our economic future, and why Reagan’s tax plan was actually better than Trump’s.

Lynn Parramore: You’ve been critical of President Trump’s approach to economic policy, most recently his tax plan which you’ve criticized on your blog. What do you think would work better to improve the economy and why?

Larry Summers: As I’ve written, I think something more in the tradition of 1986 [the bipartisan Tax Reform Act of 1986 under President Reagan] would have been a better approach.  It would not be based on increasing the budget deficit, changing the distribution towards those at the top, or opening up new shelter opportunities for corporations.

LP: How do you assess the ongoing debate about the “New Normal,” also known as “secular stagnation,” i.e. the notion that future economic growth may fall short of what we’re accustomed to?  Despite recent optimism about a strong economy, do you accept that the rate of growth has slowed? If so, what do you see as the causes?

LS: The basic demographic arithmetic is that the adult population is going to grow much more slowly than it has historically. Essentially, that makes it inevitable that there will be slower GDP growth, even if productivity growth continues at its normal rate—and recent evidence suggests that productivity growth is running somewhat slower than historical norm. In any event, there’s more risk of downturns being protracted than has been true historically because of the “zero lower bound” [policymakers tend to keep short-term interest rates from going below zero].

LP: You’ve recently written about the broken link between pay and worker productivity. What responses might help realign them?

LS: I think it’s important to understand that contrary to what some people believe, marginal changes in productivity actually do produce increases in wages. So the suggestion that it’s not worth focusing on productivity because it doesn’t have much impact wages is, I think, a misguided one. I think strengthening labor market institutions like unions is important. I think combating monopoly power is important. And I think a commitment to run a high-pressure economy where there are more issues of firms not finding workers than there are workers not finding jobs is also important. All of these things are important.

LP: Could low wages negatively impact productivity instead of just being the result of a slower-growing economy?

LS: I think there may be some effects of those kinds. There are “efficiency wage” types of effects: when wages are lower, workers are likely to be less motivated in a variety of respects and they may put forth less effort. They may also have more tendencies to turn over because there are also effects where when wages are higher, firms go to more efforts to mechanize and to find technologies to conserve on labor income. So I’m sure that levels of wages do have an impact on productivity.

LP: There’s currently a debate on how close we are to full employment, which has major implications for Federal Reserve policy.  How close do you think we are?  And since vast numbers of people have left the labor force, what do we do about them, like those caught up in the opioid epidemic?

LS: I think we’re obviously closer to full employment than we have been historically. There is some evidence that there’s room for participation to increase and that means there may be some scope for drawing more people into the labor market by increasing aggregate demand, and that is an important set of policy issues. I think we probably need a range of structural policies to reduce dependence on disability insurance and to help combat opioids.

LP: You have expressed concern that upward mobility is decreasing in the U.S. and that educational institutions are hindering mobility. What can they do to create opportunities for low-income students to succeed? Any role for tax policy?

LS: I think the kind of effort that has been made over time to increase racial diversity needs to be made to support economic diversity. We need to do much more to draw kids in whose parents didn’t go to college and to draw kids in from the lower parts of the income distribution. That’s not just a matter of providing financial aid, that’s a matter of creating a more welcoming environment. That’s a matter of adjusting admissions policies as well. There may be a role for tax credits, but I think of it as more something that needs to be done at the level of individual institutions.