Jim Chanos on China: The Emperor is In His Underwear 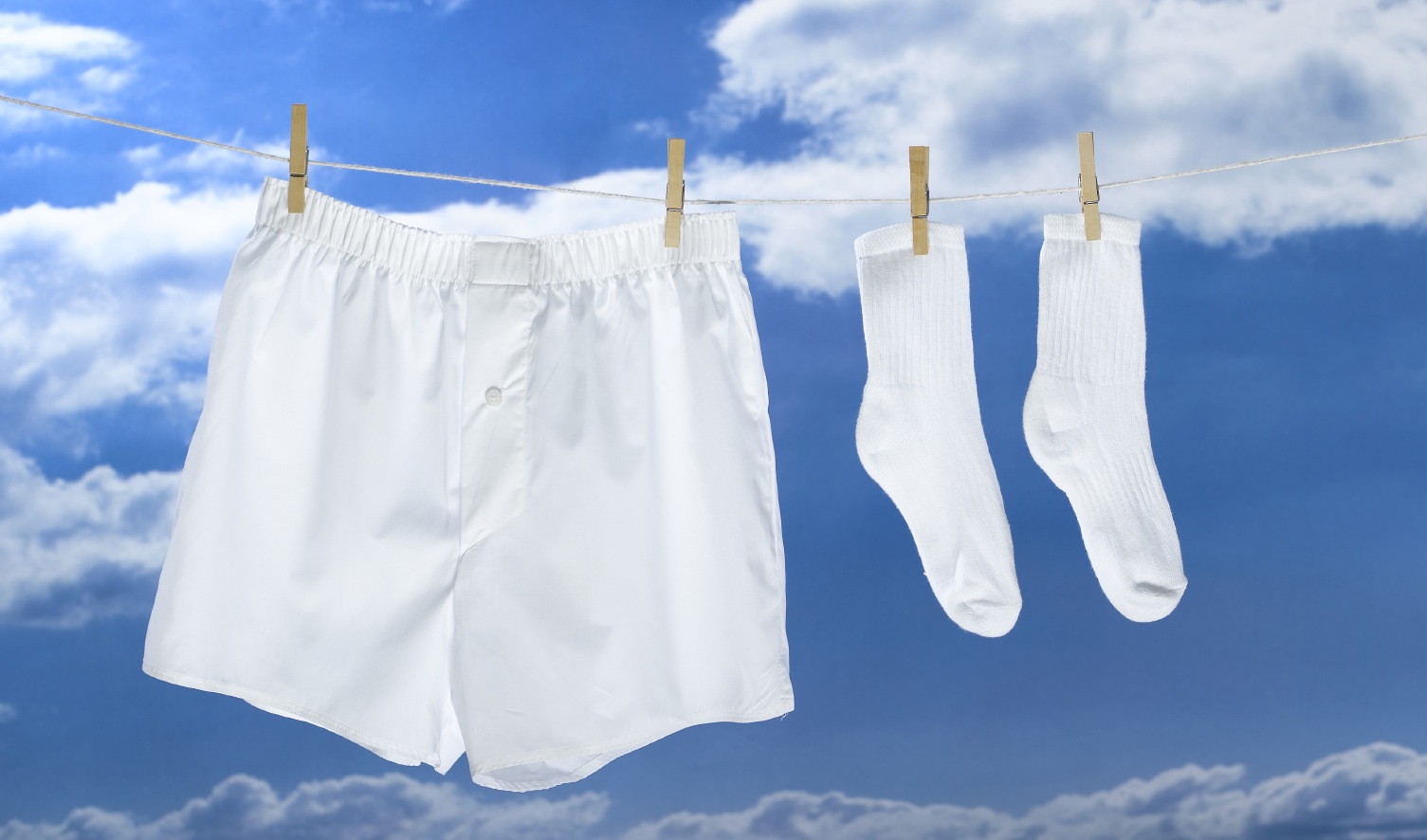 The best-known China bear says the emperor is not yet naked, but getting there.

For the past several years, well-known hedge fund manager Jim Chanos of Kynikos Associates has been an outspoken China bear. He explains how he became concerned that the world’s second largest economy was headed for trouble and discusses why any country, whatever its political ideology, will end up paying for economic missteps.

Lynn Parramore: You’ve been skeptical towards China for a long time. What did you see that set off alarm bells?

Jim Chanos: Way back in fall of ‘09 we were looking at why the global mining business was actually doing so well through the teeth of the recession, the crisis of 08-09. I knew intuitively it was because China was a vast source of demand for commodities, but I didn’t know how much until my real estate analysts put some numbers up on the white board. One of them said that as of the summer of 09, China had 5.6 billion square meters of real estate under development, both approved and pending. He said half of that was apartment buildings and half of it was commercial and mixed-use. I said, wait a minute — you’ve got the decimal point wrong because 5.6 billion square meters is 60 billion square feet. And it can’t be. He looked at me and checked the numbers a few times and said, “It’s 5.6 billion square meters.”

That was the “ah-ha” moment. If half of that was office and mixed commercial space, — 30 billion square feet out of the 60 — and China has 1.2 -1.3 billion people, then you’ve got a 5’ x 5’ office cubicle for every man, woman, and child in the country! That’s all been built, by the way. I think the latest number on that time series shows 10.6 billion meters currently under development.

It hit me as to just how vast the real estate build-out was. It was as if they had combined our commercial real estate bubble of the late 80s with our residential bubble of the millennium. Only they were doing it all at the same time. As we began to dig deeper into the numbers, we saw that their physical investments as a percentage of GDP was 50 percent. What they were doing was just stunning. They were literally building a whole country in a matter of years.

Now, when you do that, just by the nature of the accounting identity, you can control your growth. You can almost make it whatever you want as long as you have willing capital and lending ability to finance it. That’s why I always joke that China is the only industrialized country that knows its annual GDP on Jan. 1 st of that year. Because it’s planned. You can truly manufacture your growth. Now, you may end up with lots of white elephants and a banking system with lots of bad loans, and that’s the problem, whether you’re a closed system or an open system or somewhere in between (which is what I believe): a closed system with lots of leakage. At the end of the day, other countries have tried this model and it doesn’t really work that well. The Soviet Union and Japan, to some extent, in the late 80s, followed this model.

If you do dumb economic things, whether you’re capitalist, communist, or some hybrid, you ultimately pay the price.

JC: We’re getting inexorably to a tipping point in China. What has made 2015 much different from 2010, other than magnitude (almost everything I saw in 2009-2010 is twice as big today: the banking system, the economy, debt to GDP), is that the veneer of technocratic excellence has been wiped away. Now the West sees that the problems. That was not the case in 2010. I was considered a crank, someone who had never been there, never spoken Mandarin. They said, you don’t know, these people are geniuses! Now I think we’ve begun to see that, no, they make the same policy mistakes that we make. They don’t always get it right.

The other thing that’s changed dramatically, and I think more ominously, is the rise of Xi Jinping, who is a much different leader than the previous two groups of party leaders. Under Hu Jintao and Jiang Zemin, China was open for business. As long as you don’t rock the political boat, you can go to Macau, buy your three Ferraris, have fun, make money. This is the new China. Then Xi comes in, and his first speech is a fiery speech in Guangdong Province, where he absolutely rips into the Soviet Union for being soft on Perestroika. He says, what were you guys thinking about? Why didn’t you put the troops on the street the first chance you got? That was his first speech.

One of the next things he did was – I know this sounds silly, but to me it was very telling — he told the auto show models to cover up. Think about that for a second. He truly said, they’re showing too much skin and this is an embarrassment to China. Cover up! He told the kids, go to bed earlier! I began to see that this guy is different. This guy really sees himself as father of China. Some might say that now he sees himself as an emperor. Sure enough, the cult of personality stuff started. He made the PLA ( People’s Liberation Army) senior officers take an oath of personal loyalty to him. That’s very important. His nationalism, which was unmistakable and you couldn’t miss it by 2013-14, has also taken on a very anti-Western tone. Now, if there’s a problem with the stock market, it’s Western speculators. If there’s something going on, it’s the West’s fault.

So we’re back to the China that is sort of hostile, that is suspicious. Not the “Come to China, we’re open for business, let’s do deals.” I think that’s a big change and caught a lot of people by surprise.

When we start talking about China, we said that this model produces diminishing returns. The first international airport in a region is fantastic, the second one is questionable, and the third one is folly. In some of these cases we’re now at the point of folly on new projects. I keep pointing out to people that even if we take the Chinese numbers at face value — which pretty much no thinking person does anymore —their nominal GDP has gone from 15 percent in 2010 (ten real, 5 inflation) to 5 percent now (7 real, 2 deflation). So you’ve had, basically, even with their numbers, a 200 basis point, a 2 percent drop every year in GDP. That’s serious. I think that that’s just a factor of the law of large numbers and the fact that when you have an investment-driven model — they long ago stopped being an export-driven model — by its very nature, you begin to show diminishing returns on capital. That’s where they are. So, yes, they can keep GDP up by putting up another hydroelectric damn or building another highway, but if nobody travels on it, and there’s no river there, plus you have all this stuff you have to maintain, it’s expensive!

Finally, I believe a good 40-50 percent of that 50 percent I mentioned (physical investments as a percentage of GDP) — i.e. 20-25 percent of it —is residential real estate. They’re still building. It might be down a little bit now, it might be more like 15-20 percent of GDP, but it’s still a lot. At the top of our cycle, residential real estate was about 6 percent of GDP in the U.S. during our housing boom, the bubble. They’re 3 times that number now. You still see tons of cranes putting up blocks of apartment buildings that by their very nature are unproductive.

LP: How do you view the move to liberalize the renminbi and put it into the Special Drawing Rights basket?

JC: I think that ultimately they have to because they’re going to now need to be competitive with Japan and Korea in certain exports. Finally they realized that just strengthening the RMB was going to simply kill their manufacturing business because most of the stuff manufactured in China is not for domestic consumption. So I think inexorably they were the last holdout in the worldwide beggar-they-neighbor/cut interest rates/flood money trend, and now they’ve joined in it.

LP: We hear a lot about China’s “new normal” – that what we’re seeing is just an extended period of slower expansion as the country transitions from an infrastructure-led economy to one driven by consumption, and that everything will turn out ok. What do you make of this perspective?

JC: Well, it hasn’t happened yet. That’s the funny thing. I mean, when I first looked at China, investment was 48 percent of GDP and five years later after all this hand-wringing and realization that we have really get serious, it has plummeted to 46 percent of GDP. It has dropped 2 percent! So they talk about it, and they talk about reform, but the fact of that matter is that to get to that point, they would have to drop investment and that would put the economy immediately into a tailspin. So they’re caught between this rock and a hard place of not being able to do exactly what they know they should do, which is to cut the investment, because that will bring on a recession. It’s an accounting identity. So they won’t do it, and a couple of things happen. Every time it seems that the economy takes another leg down, they pull out another set of infrastructure projects and announce they’re going to build them.

I keep saying that they don’t have another playbook. They don’t know what else to do because to truly transform into a consumer and services-led economy, they have to stop planning stuff. They actually have to become real capitalists. They don’t want to do that. It’s seen in things like cracking down on the Internet. Why? Why are they cracking down on the Internet? Because the Internet itself is a power base, and under Xi Jinping, you can’t have another power base. So as I’ve said, I think it’s going to be very problematic for any country that’s afraid of the Internet to dominate the digital century. Yet, that’s what he’s doing. These are the conundrums that they have. They can talk about reform, they can talk about the new normal, but there’s nothing behind it. That’s what a little bit of 2015 in China has been all about –the realization that the emperor might not be naked, but he’s pretty much in his underwear.