Jayadev: TPP is Dead, but its Legacy Lives On 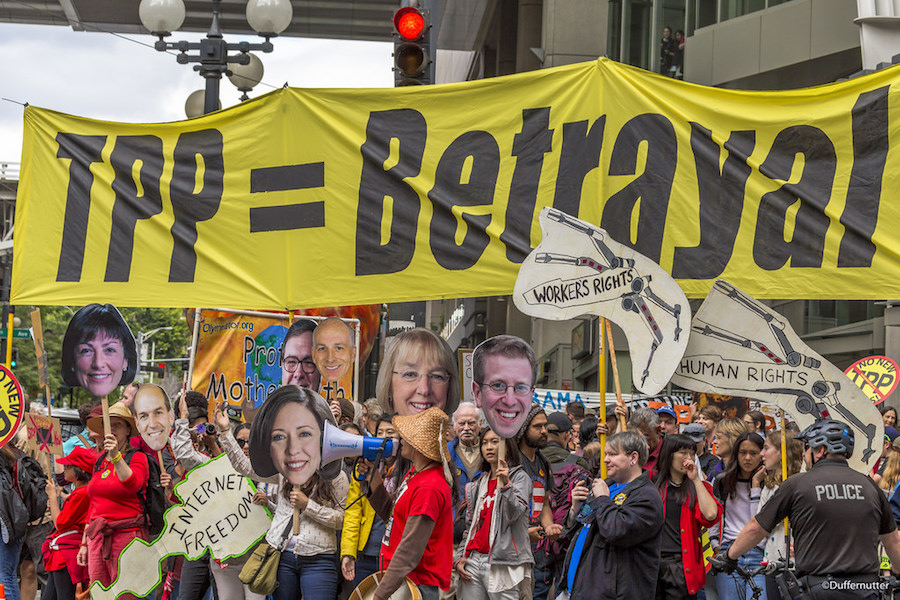 Writing in the Hindu, Institute for New Economic Thinking scholar Arjun Jayadev notes that while the U.S. has definitively closed the door on the free-trade deal known as the Trans-Pacific Partnership (TPP), many of what he sees as its more damaging elements will find their way into new trade arrangements. These included protecting “biologics” — drugs manufactured using living organisms rather than chemically — and the protection of data from clinical drug testing, which Jayadev argues reflects an unhealthy application of intellectual-property principles to the delivery of public health.

He predicts a continued mercantilist approach to pharmaceutical R&D in whatever trade arrangements replace the failed TPP. Jayadev writes:

“In reality, the TPP had been dead long before President Trump’s executive order was signed. Still, it is evident that the stealthy global subversion of access to medicines through trade agreements and diplomatic pressure by the U.S. will continue. With these efforts spilling across the developed world and into multiple trade agreements, there is now an even greater need for vigilance against the ever-expanding corporate control over medicines. In India, we will need far greater government commitment to the use of the public health safeguards in our patent law to survive this era and ensure the health of the country’s citizens.”