Is Silicon Valley Nudging Us Towards an Authoritarian Future? 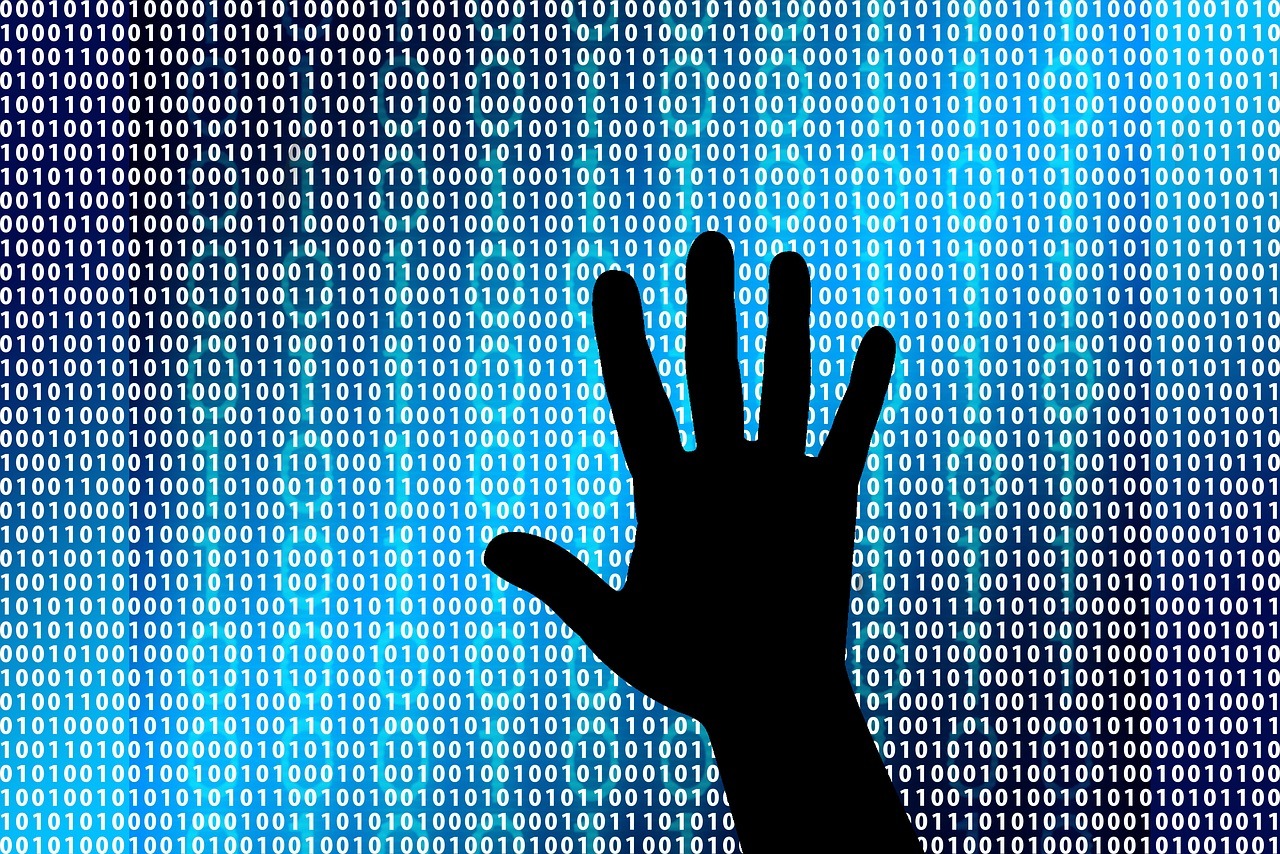 Margaret Heffernan’s new book “Uncharted” warns against giving up the power to shape our destiny to gurus and gadgets promising false certainty.

Humans are an anticipatory species. Our ancient turn from foraging to agriculture habituated us to planning ahead — focusing on when to plant, what kinds of crops to expect. We’ve evolved culturally to want to know what’s coming our way.

But in this season of shattered expectations, a virus blows up our best-laid plans and mocks our carefully crafted models. When the future catches us unawares, anxiety surges. Right now, millennials are worried. Teachers are worried. Retirees are worried. The rich are worried. Hell, even Donald Trump is getting worried.

We know enough to see that the future is likely to bring not only devastating pandemics, but climate disasters, rising inequalities, threats to democracy, and painful social upheaval, but we have no idea when, where, and how the specifics of these calamities will strike. How do we stop panicking and forge ahead effectively?

Margaret Heffernan, whose previous books have challenged received wisdom on topics ranging from our obsession with competition to the cognitive traps that blind us, proposes in her new book, Uncharted: How to Navigate the Future, that when it comes to the future, we’re approaching it all wrong.

One of our most serious problems is an addiction to prediction –we’re suckers for sages and gadgets that promise to reveal what lies ahead. Some of us consult astrologists, while others follow financial forecasters — two professions, Heffernan wryly notes, that took off together in the wake of turn-of-the-century financial panics and share a similarly bleak track record on accuracy.

Often, we look to pundits for revelations, but research has shown that the big names — the Tom Friedmans, Paul Krugmans, and Alan Greenspans — tend to see consistency where it doesn’t exist and get seduced by their own models, even as contrary evidence piles up.

What about the gurus of Big Tech and Big Data? Can’t they offer any certainty? Not so fast, warns Heffernan. Algorithms and apps may promise to divulge the future, but they just as often reveal little more than their creators’ biases and errors – which can be quite harmful when it comes to serious matters like law enforcement, job hiring and who gets a mortgage.

All this searching for certainty, Heffernan holds, is really just the commercialization of a dangerous fantasy: that the future is knowable, and that certain special people or processes can reveal it.

It isn’t and they can’t.

But you won’t hear that from California’s Wizards of Oz, busy issuing their latest prognostications: This is the year of virtual reality! Driverless cars by [fill-in-the-blank]!

In a recent podcast with Rob Johnson, president of the Institute for New Economic Thinking, Heffernan points out that not only are these oracles frequently wrong, but they are based on the faulty claim that human beings are so many collections of data points and that everything about us can ultimately be known, precisely measured, and mapped onto the future. To this assertion, she replies that all you have to do is look at the list of books Amazon recommends for you – the ones that you’ve already read or did and couldn’t stand—to know that this is baloney.

She senses that many of the gurus of Silicon Valley don’t even believe their own data-driven hype anymore. Heffernan sees them as quietly and insidiously turning from trying to make forecasts about us to “trying to drive and dictate our behavior and cloak that under the guise of prediction” – a topic they are just now touching upon on Capitol Hill following a year-long Congressional investigation into the practices of tech giants.

Manipulating us is a profitable business model, and there, warns Heffernan, lies the road to an authoritarian future paved with the exploitation of our lust for certainty.

For Heffernan, Silicon Valley executives are not only threatening our economic and cultural diversity, but force-fitting us into a narrow, impoverished definition of life. Do we really want our future determined by people (largely white, male, affluent) obsessed with extending longevity without understanding what makes it worth living? Whose vision does not adequately include women, people of color, or just about anyone who didn’t share their dorm room at Harvard?

Yet as Heffernan sees it, the more we surrender to automation and outsource ourselves to devices, the more we are cut off from our imaginations and human capabilities. We become narcotized recipients of the future rather than active authors. We become enslaved.

So, what to do? Though Uncharted was written just before the pandemic hit, it seems uncannily suited to this unexpected moment in its explorations of the ways and means of taking charge of our destiny. She sees the coronavirus as giving us a crash course in uncertainty and a chance to give up comforting delusions.

The first thing we have to do is realize that we live in volatile environments that get more complex by the day. A complex world, Heffernan explains, is not the same as a merely complicated one. Complicated environments are linear and follow rules, like an assembly line, but our globalized, interconnected world is becoming less linear, more fluid and fraught with contingencies. Like it or not, we’re going to have to accept that much of our experience lies beyond prediction or influence. But giving up prediction doesn’t mean that we can’t be prepared.

Part of preparing means getting past our sense of helplessness and drawing on what Heffernan calls “the creativity of human interaction” – the very thing Silicon Valley swears it is promoting, but may actually be diluting. Her book illustrates the potential for this collaboration in cases where diverse assemblies of people have worked together to envision the future, making messy progress by fits and starts but eventually getting somewhere they didn’t necessarily expect. She finds inspiration, for example, in Ireland’s forays into deliberative democracy, a process which informed two landmark socially progressive referendum votes on abortion and marriage equality. In both cases, the country randomly picked citizens to study the issues, gather information from experts, and deliberate among themselves. The outcomes, which surprised nearly everybody, show that ordinary people from different backgrounds can effectively collaborate with each other and with experts to shape the future.

Heffernan is also keen on the kind of flexible, long-term thinking and adaption to multiple possibilities stressed in scenario planning (a method first developed in the military), as well as ambitious, open-ended, generation-spanning projects like the European Organization for Nuclear Research (CERN), where physicists collaborate to pursue human knowledge without any particular hard targets or concrete goals, and whose approach – which would seem terribly inefficient to a corporate CEO focused on quarterly earnings – has yielded such unexpected wonders as the World Wide Web. To embark on such projects, we have to summon our “primal optimism” and the courage to think big and work towards the best future we can imagine, without forgoing the humility to take meaningful small actions, the impact of which we can’t know.

Heffernan encourages us to experiment, even though the experiment may appear to fail, and to learn from people such as artists, who see ambiguity and uncertainty as vibrant sources of discovery and exploration. She wants us to hone our sense of ourselves as active agents existing in a rich field of possibilities, rather than passive pawns stuck in a plotline written by others.

This idea of our fundamental agency may be more critical than ever as authoritarianism rolls back democracy around the globe. Heffernan notes the close link between determinism and authoritarianism, pointing out that autocrats and corporate executive alike seek to eliminate our sense of choice and invite us to surrender to a false sense of certainty. In reality, our experience is alive with possibilities if we can remain alert to them — especially to those that don’t fit our preconceptions. If we can hold onto our power to choose, she reminds us, we can remain free.

We also need to shed our fixation on efficiency and short-termism, the kind relentlessly promoted in business schools and corporate boardrooms and productive of monstrosities like shareholder value theory, which turned corporations into predators, and the gig economy, which splinters communities into conglomerations of competitive individuals and erodes the trust that is vital to our survival in difficult times.

A pandemic, Heffernan observes, smacks us with incontrovertible evidence that the solution to our biggest problems requires that we own them collectively and work together to find a solution, as individuals, communities, and nations. Such emergencies are whole systems phenomena, requiring intellectual, political, financial, medical, and social capital that demand input and coordination from broad coalitions of disciplines, institutions, people, and industries. They require cultural analysis and sensitivity as much as scientific expertise, collaboration even more than technology, and voices from the highest and most ordinary walks of life.

We only make advances if we trust in the legitimacy of a whole system in which we are all meaningful, active participants.

It’s on us. Because there’s not really an app for that.