How the Brexit Tragedy Challenges Economics 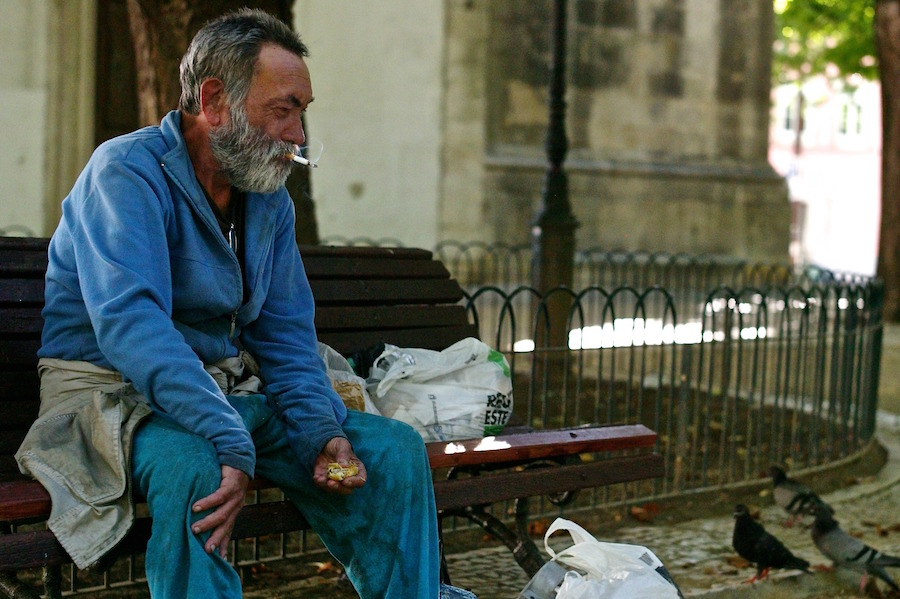 It would be a tragic mistake to read anti-E.U. sentiment across Europe as simple bigotry — racism and xenophobia are being nurtured by the economic pain produced by prevailing economic policies

Brexit is about much more than frustration about the E.U. and immigration. It is about a shortage of decent and secure jobs; an impossibly precarious labour market; inexplicable inequalities in incomes and wealth; closed access to affordable education, and a terrible deficiency of affordable housing; and it is about British Chancellor of the Exchequer Osborne’s single-minded austerity economics and the rule-free and tax-free space created for big banks and corporations.

The referendum result reflects a deep-seated anger and anxiety amongst large sections of the population who are disenfranchised and feel ignored, and who can no longer bear the economic burden of living in the Thatcherite free-market wasteland (alternatively known as Cameron’s “Big Society”) that Britain has become – sadly reinforced by the New Labour governments that began with Tony Blair. Media-savvy and facts-free politicians like Boris Johnson and Nigel Farage have tapped into this anger and frustration, playing immigration and antagonism towards “Brussels-bureaucracy” as their trump cards. For many Leave-voters, if not most, Brexit was the only way to express and articulate their protest against a failed system that has left them behind.

Decision-making in the European Union symbolizes a largely unaccountable, elitist and undemocratic system, which is why Labour Party leader Jeremy Corbyn was half-hearted in his support for a Remain vote. The recent examples of Greece, Spain and other southern European countries, all in a Brussels-induced economic lockdown, speak volumes against the political feasibility of “reforming the European Union from within.” The truly saddening denouement of the Leave vote, however, is that the sovereignty regained at the cost of deeply dividing the nation is unlikely to produce the more socially just and economically inclusive Britain that many voters sought – and that’s not because of a serious (or not so serious) recession being triggered by Brexit.

Rather, the hopes of progressives are likely to be betrayed as Britain is turned into “Borisland” – a deindustrializing nation dependent on trickle-down finance-led growth, but suffering from sluggish productivity growth, growing in-work poverty and rising inequalities and dualisms, and with government in permanent austerity mode. As George Orwell wrote so aptly in The Lion and the Unicorn, England “resembles a family, a rather stuffy Victorian family, with not many black sheep in it but with all its cupboards bursting with skeletons. It has rich relations who have to be kowtowed to and poor relations who are horribly sat upon, and there is a deep conspiracy of silence about the source of the family income. [….] It is a family in which the young are generally thwarted and most of the power is in the hands of irresponsible uncles and bedridden aunts. […..] [England is a] family with the wrong members in control – that, perhaps, is as near as one can come to describing England in a phrase.”

The bigger threat from the Brexit referendum is not to Britain, however, but to the rest of the European Union. Across the continent, there is a very similar anger and anxiety about jobs, austerity economics, affordable housing, pensions and inequality, and a worryingly similar democratic disenfranchisement of large alienated and voiceless sections of society is creating fertile soil for populist-nationalist left-wing but mostly right-wing movements led by the likes of France’s Marine Le Pen, the Netherlands’ Geert Wilders, Austria’s Norbert Hofer, Finland’s Timo Soini, Belgium’s Filip Dewinter and Germany’s Frauke Petry. Brexit is just the most recent manifestation of the growing strength of Euroscepticism, which found earlier expression in the Dutch rejection of the Ukraine-European Union Treaty in April (by a margin of 61% against and 38%) and the narrow defeat of the right wing Freedom Party’s candidate in Austria’s presidential elections in May (Norbert Hofer’s final score was 49.7% against 50.3% for the Green Party’s Alexander van der Bellen).

Polls show that between one quarter and one third of citizens across the 28 member states are now deeply hostile to the E.U. project, and there is fear that Brexit will fuel similar Leave-Remain referenda elsewhere – there is serious talk about Nexit (in the Netherlands), Auxit (in Austria) and Frexit (in France), framed and pushed mostly by the anti-immigration, anti-Islam populist-nationalist extreme right. Regardless of whether these referenda will be held (which looks unlikely), the extreme right will capitalize on the anger, frustration, anxiety and anti-elitist resentment of voters who feel they cannot live in the current system.

It would be a tragic mistake to read this resentment against the E.U. as only anti-migrant, racist or bigoted, because the racism and bigotry have grown in conditions of economic austerity, artificial job scarcity and crisis, rising unemployment, rising job insecurity, and exploding inequalities as social protection for workers, pensioners and families have been scaled down in favour of an expanded social safety net for TBTF banks and corporations. Almost everywhere in the E.U. — as in Britain — there is a polarization of the income distribution into a large number of low-income households and a much smaller number of very rich, while the middle classes have shrunk. There is a segmentation of employment into low-wage, unprotected and precarious jobs, mostly in low-tech services, and high-wage and protected jobs in high-tech manufacturing, finance, legal services and government.

Labour market reforms are turning European countries into “dual economies” — a trend fuelled by robotization and technological progress. The real message therefore is one of utter macroeconomic mismanagement in response to the global crisis and on-going rapid technological change, which – unfortunately not for the first time in recent history – has created the conditions for political instability, upheaval and social chaos. The massive social protests in France against the modernization of labour laws — newspeak for a reduction in the strength of French job-protection laws and social security in general — by the “socialist” Hollande government illustrate the point: The systemic dismantling of worker protection in the name of cutting wage costs and improving unit-labour cost competitiveness will certainly increase job insecurity, employment precariousness, and inequality without any further macroeconomic benefits. Despite uncountable attempts to do so, no robust relationship has been found between job-protection, on the one hand, and unemployment, economic performance and productivity growth on the other hand.

The responsibility for the economic and political mess in Britain, the E.U. and beyond weighs heavily on the shoulders of economists who insist there is no alternative to a globalized market economy (TINA!), with freedom for the rich and wealthy and unfreedom for the rest, and who out-of-hand reject serious progressive programmes to reform the system and make it more democratic and humane. The rush by many mainstream economists in the United States to reject Bernie Sanders’ economic policy agenda with remarkable sleight of hand is a case in point. We desperately need a new paradigm to reform the system and make it work for the majority, as Thomas Fricke has elegantly argued. Unless there is serious new economic thinking beyond austerity, deregulated finance, and a corporate dominated politics and state, social and political tensions will continue to build up within the E.U.

“Ill fares the land, to hastening ills a prey, where wealth accumulates, and men decay,” as Oliver Goldsmith (1770) wrote in The Deserted Village and Tony Judt (2009) wisely reminded us, shortly before his death. There are no easy answers – but economics urgently needs to start reforming itself, and asking the right questions.