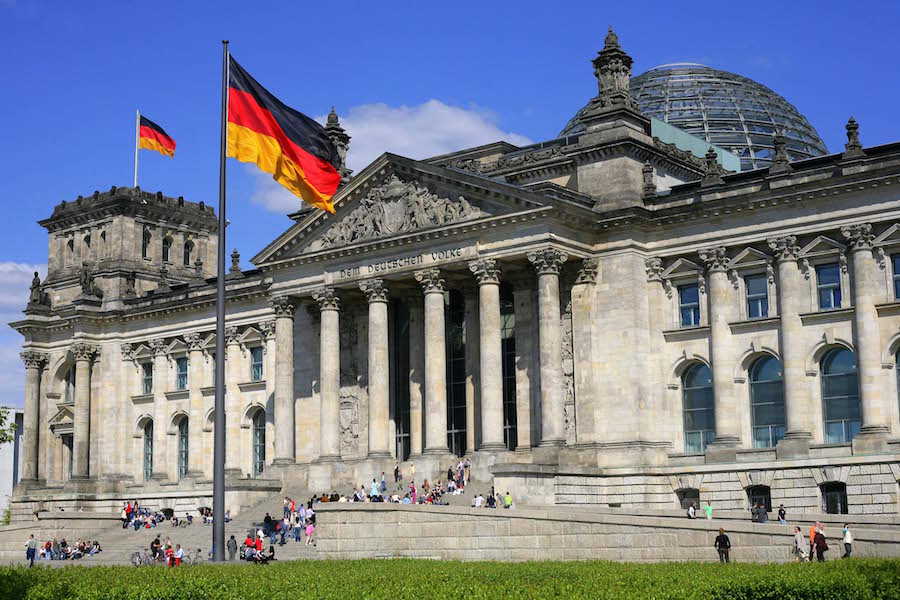 A survey on behalf of the Sueddeutsche Zeitung indicates that German economists are much more American in their thinking than is presumed – with a rising trend.


The majority of German economists support the European Central Bank in buying government bonds against the open resistence of the Bundesbank and leading orthodox economists in the country. Rising interest rates are not seen as a good instrument to fight against speculative bubbles.

Whenever asked to comment on US American economists Wolfgang Schäuble promptly reacts with a sour tone. The feeling is reciprocal. The Federal Minister of Finance has not learned anything from the crisis, complains Paul Krugman – hence, the Nobel laureate seems to be representative of the majority of his guild from the other side of the Atlantic and the English Channel: The Americans versus the Germans; the Germans versus the British.

Since the beginning of the financial crisis the trenches are steadily being dug deeper, so it seems. There we find the Anglo-Americans who are always in favor of providing cheap money to bring the economy out of the crisis. Here we find the keepers of strict monetary and fiscal policies, defending the Minister of Finance, who pin their hopes on higher interest rates and rapid cuts in the budget: those are experts like the Bundesbank president Jens Weidmann, the Director of the Munich based Ifo Institute Hans­Werner Sinn and the head of the official German Council of Economic Experts Christoph Schmidt.

This is what the cliché purports. The reality is different: at least there is no such clear-cut opinion among experts in Germany. This is the result of a survey of more than 1000 German-speaking economists. According to this survey many supposedly typical German positions are becoming increasingly controversial in the country – and the judgmental opinions of some of the star experts are no longer capable of winning a majority. German professors are much more American in their thinking than might be expected. The tendency is even rising, as shows the major survey conducted by the Internet portal WirtschaftsWunder in cooperation with the German economics association (Verein für Socialpolitik).

For months there has been a hail of criticism by US economists regarding the alleged German mania to urge countries in crisis to make hard budget cuts and sharp tax increases – be reminded of the emotional impact of the hot-button word austerity. The accusation, dismissed stoically by the German federal government and others, is shared by at least one in five German colleagues. And another fifth of the German-speaking economists say that the reservations expressed overseas are warranted; that however, Europe had no other choice. Only 12.6% believe the official German policy to be correct in all respects.

Only five years ago in the previous survey just under 18% of German economists found that governments could manage to fundamentally stabilize the economy by spending money to a greater or lesser extent depending on the economy and by going into debt to some extent. Since then the percentage of those holding this view has doubled to 36%. More than half of the experts believe that boosting the economy makes sense, at least in exceptional cases like the global recession after the Lehman crash in 2008. Not even one in ten today is strictly opposed to this approach. In the first survey in 2006 – before the onset of the financial crisis – almost one in three believed that straightening out the economy would be a futile endeavor. At that time the share of supporters amounted to little over 12%.

What has clearly increased among German economists is the proportion of those who say that government debts can better be reduced at times when the economy is doing reasonably well, as Krugman and others have vehemently pointed out. In the meantime nearly 70% of the German economists agree with this position; in 2010 the rate was just over 60%. That too does not correspond well with the rigid Swabian doctrine according to which spending must be reduced and taxes increased regardless how well or badly the economy is developing. A burning issue – precisely this issue has been dividing the experts these very weeks when it comes to saving Greece. Is it better to first make severe cuts, or should the economy rather be stimulated, albeit as an accompanying measure, through providing cash flows?

Even more striking is the wide gap between the German-American clichés and the survey with regard to the crisis strategies of the central bankers. In the last years Germany’s directors of the central bank have time and again opposed to reducing interest rates or to purchasing government bonds whereas US American and British colleagues have done since the onset of the financial crisis. Axel Weber und Juergen Stark even resigned in protest over this matter.

Even in this question the majority of German economists adopt a pragmatic American approach. In the survey around two-thirds said that the monetary watchdogs have to intervene as the lender of last resort in order to prevent a panicky sell-off in markets. One in five even considers this measure to be a good one without reservation; almost half do so with some reservation. In the minority at 27% the sympathizers of the Bundesbank reject such a measure completely.

Only few researchers are well known to the public as is the case with Ifo Director Hans-Werner Sinn or Jens Weidmann, the Bundesbank. What about the rest of them? What do Germany’s economists think about those ongoing major controversies in the discipline, about the financial crisis and about their guild’s waning reputation? Some 1002 German-speaking economists gave answers to these questions. The survey was created and evaluated by the Internet portal WirtschaftsWunder in cooperation with the German Economists Association (Deutsche Ökonomenvereinigung), the Association for Social Policy (Verein für Socialpolitik) and was based on two previous surveys conducted by the Financial Times Germany in the years 2006 and 2010. These had in turn also included some questions employed in a 1982 German survey and some questions from comparable surveys conducted in the United States. Between April 28 and May 27 responses came from almost one third of the association members, who primarily work at universities, at research institutes and at banks.

The same applies to the highly sensitive question whether the purchasing of government bonds by the European Central Bank (ECB) is compatible with its mandate. Critics like the Ifo Director Sinn have been ranting about this for months. Here, too, the orthodox appear to have no majority. Only 36% of Sinn’s colleagues think that ECB Director Mario Draghi should not even have started purchasing government securities. More than half of them agree with the opinion of leading US economists: This was an appropriate decision – even though the central bankers have, according to the opinion of every third respondent, in formal terms exceeded their mandate. The end justifies the means.

The survey’s result on this issue seems to be indicative. This week the European Court declared the ECB intervention to be legal. The next decision is up to the Federal Constitutional Court. Until the present the large majority of the highest German judges have, in their hearings, consulted economists with a proximity to the Ifo director and his negative stance. According to the survey, the categorical NO in Germany appears to be a minority position today. At the hearing in 2013 there was only one person defending the ECB: Marcel Fratzscher, Director of the German Institute for Economic Research (DIW) in Berlin.

But why is there now this American shift in German thinking?

Even with regard to one of the Americans’ favorite topics, German economic professionals do not come across as German as one might expect according to the cliché: Germany’s major export surpluses. For years, economists like Krugman and Joseph Stiglitz have complained about the magnitude of German exports compared to their purchases in other countries - in 2014 they reached a record high of €220b - instead of providing stronger boosts to the economy and increasing imports. This criticism has been refuted by the federal government and the Council of Experts with an air of annoyance. According to the survey only a solid fifth of German experts deem the trade surplus to be unproblematic. About 30% admit that it poses a problem, but that this problem needs to be solved primarily by those who export too much and import too little: the deficit countries.

One in three believes, as many US colleagues do, that this imbalance is problematic and that it is the federal government’s responsibility to help cut back the surplus, for example by ensuring that people are able to spend more of their money which then will lead to more imports – resulting in a waning imports shortage. Nearly 40% of the German economists say that domestic impetuses should be strengthened on a permanent basis.

The question remains why Germany’s economists are so much more Anglo-American than they are believed to be. Of course, reality often differs from the appearance of things. Only a few economists actually are known to a broader public, and they are the ones shaping the image. Another explanation is that America still sets the standards academically. Anyone with career ambitions is expected to publish their articles in US journals. This is the reason why professors frequently relocate, at least temporarily. Only a few years ago, in 2010, nearly 45% of the respondents stated in the survey that they had never worked abroad. Since then the rate has dropped by nearly ten percentage points. Meanwhile two-thirds of the scholars have left the home country of regulation for a longer period of time.

Whoever has spent time in the USA seems to have come to appreciate one particular advantage: a professor of economics will find it much easier to go into politics and then return into academic life in the States than in Germany due to its complicated public services law. More than half wish that this would also be possible here. Of course, the odds are that our Minister of Finance will not appreciate such an extent of American influences.