How China Is Offering an Alternative to the IMF 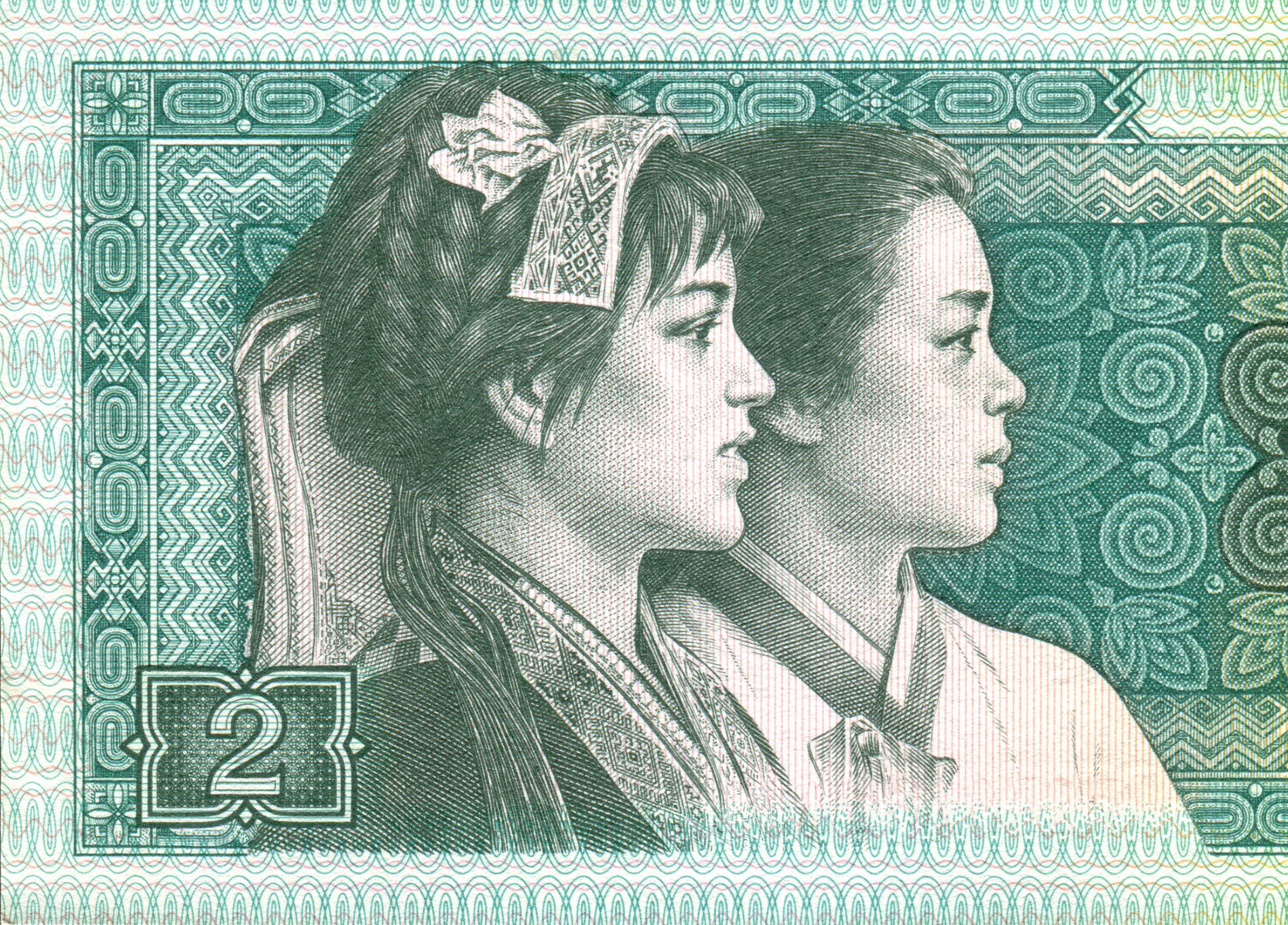 China seems poised to take leadership of regional efforts to forge a safety net that protects countries in East Asia from the fragility that cross-border financial flows engender. My new INET Working Paper analyses why: Leadership stems from China’s important role in production value chains spread across the region and the support provided to those networks by the massive investments facilitated by China in projects launched as part of the Belt and Road Initiative (BRI). The Council on Foreign Relations estimates that by early 2020 China had spent an estimated $200 billion on BRI projects. But aside from the capital flows associated with the BRI, the People’s Bank of China (PBoC) has put in place a network of bilateral, local currency central bank swap arrangements that provide countries a much-needed safety net. These swaps are less highlighted instruments that have contributed to China’s growing global influence in developing countries worldwide. Between January 2009 and January 2020, the PBoC entered into such arrangements with 41 countries, including many in Asia.

These bilateral swap arrangements (BSAs), denominated in RMB and the currency of the relevant partner central bank, allow the latter to access RMB liquidity for short periods at relatively low rates of interest, in return for its own currency as implicit collateral. Under a swap arrangement, while the borrowing central bank has access to the foreign currency liquidity line, it can lend it to institutions and agents in its own jurisdiction that face shortages of the relevant foreign currency, in this case the RMB. For partner countries, the greater the availability of RMB swap lines, the larger their leeway in using available dollar earnings and reserves to settle transactions with other countries. They can also, as Argentina and Pakistan did, use, or showcase their ability to use, the RMB accessed through the swap line, to acquire dollars and shore up their dollar reserves to meet commitments to third parties.

In principle, the bilateral swap network provides countries a means of addressing foreign currency shortages and tide over balance of payments difficulties resulting from boom-bust capital flow cycles, without having to turn to the US and the IMF for assistance. Access to such a regional, IMF-independent safety net has been a need felt in the region ever since the 1997 Southeast Asian financial crisis, in the aftermath of which leading Southeast Asian nations availed of bail-out packages, which, though funded substantially by governments in the region, were crafted by the IMF. The policy conditions that accompanied the bail-outs severely damaged Southeast Asian economies, leading to the conviction that the IMF “didn’t know Asia” and that “its remedies were likely to do great damage to the Asian economy”. This experience triggered a search for regional, IMF- and US- independent arrangements that could be accessed in times of financial difficulty, without having to implement policies detrimental to the economic interests of countries in the region.

The first major initiative seeking to create such a facility was a proposal mooted by Japan to establish an Asian Monetary Fund (AMF), with capital of $100 billion, of which Japan was to contribute half. Recognizing that such a Fund would weaken US and IMF influence in the region, representatives of both opposed the proposal. Their opposition was strengthened by the fear among countries in the region, especially China, that this would lead to excessive Japanese economic and political influence. Overall, three factors worked to undermine the proposal. The first was the subordinate position Japan held in its special bilateral relationship with the US. The second was the fear of Japanese dominance among other countries in the region, influenced not just by its economic strength, but by the history of Japanese colonialism in the region—a fear which the US is seen as having exploited, especially vis-a-vis China. Third, the dependence of many ASEAN countries on US markets and US-mediated capital flows, which resulted in these countries softening their stance once the US and the IMF expressed their opposition to the AMF.

Having failed to push through its AMF proposal, Japan focused on providing post-crisis bilateral support to countries in the region through the New Miyazawa Initiative. Announced in October 1998 by Finance Minister Miyazawa Kiichi, the Miyazawa Initiative was a $30 billion package to support economic recovery in East Asian countries affected by the crisis, by providing financial assistance on a bilateral basis, as well as funding a facility at the Asian Development Bank ($3 billion) to guarantee bonds issued in international financial markets. The success of the initiative was reflected in the substantial use of the assistance on offer. To an extent, support through the Miyazawa Initiative was an alternative to conditionality-tied borrowing from the IMF. While funds through the initiative were only supplementary in countries that had entered into an agreement with the IMF, in countries like Malaysia, Vietnam, and Myanmar that had not accepted or were not provided IMF support, they served as an alternative.

The Miyazawa Initiative also experimented with currency swap arrangements. It extended the forms of support available beyond loans and credit guarantees, to include currency swap arrangements between central banks, which were taken up by the central banks of South Korea and Malaysia. However, the Initiative proved to be a short-term response to the crisis, rather than the launch of a network of bilateral mechanisms under Japanese aegis that could provide an enduring financial safety net for countries in the region.

In the following period, countries experimented with setting up a cooperative financing arrangement as a means to address financial and balance of payments fragility, possibly influenced by fears of a likely power imbalance in the region favoring Japan. The effort culminated in the Chiang Mai Initiative (CMI), involving the ASEAN+3 (ASEAN countries plus China, Japan, and South Korea), which was essentially a network of bilateral foreign exchange swap arrangements. The CMI would have served its purpose if it satisfied the requirements set for regional crisis prevention and resolution framework. These were that it should be: (i) adequate to the task in terms of the volume of resources available; (ii) independent of US influence and IMF-style conditionality; and (iii) a framework that sidesteps regional tensions that could undermine the effort. In practice, the CMI and its multilateralized version CMI-M failed to meet these requirements.

Pressures from the US and the Bretton Woods institutions of the kind experienced at the time of the debate over a potential AMF, and geopolitical tensions in the region led to a decision to outsource the task of monitoring and surveillance of countries availing of the swaps under the CMI to the IMF. Beyond a specified borrowing limit, a borrower was required to have entered into an agreement with the IMF and be subject to the latter’s conditionality and surveillance to be eligible. Initially, any swap in excess of 10 percent of the agreed amount in an arrangement required IMF surveillance. That was raised to 20 percent in 2005 and 30 percent in 2012. What this meant is that the amount of foreign exchange that could be accessed without being subject to IMF conditionality was insignificant, especially since vulnerability in the region rose substantially after 1997, and especially after 2004 when there occurred a surge in financial capital movements from metropolitan centers to emerging markets, fuelled by the accommodative monetary stance and low-interest rate policy adopted by developed country central banks, especially the US Fed.

In practice, nothing came of these regional cooperation efforts expressly aimed at addressing the vulnerabilities that stem from the enhanced and volatile flows of capital across borders. Three factors explain that failure. The first was the subordination of the regional agreement to the IMF, as a means of perpetuating the existing regional balance of power and of ensuring repayment, which subverted the regional effort. The second, was the turn to the US Federal Reserve, when offered an opportunity, to access dollar liquidity through swap arrangements which this institution can proliferate without limit, given its control over dollar issuance. The third is increasing acceptance of bilateral arrangements with one of the regional powers—Japan or China—to access dollar or regional currency liquidity.

It is in this background that China has intensified efforts to use bilateral swap arrangements and capital flows as a means of establishing leadership with a regionally ‘internationalized’ currency. Faced with its own economic woes and handicapped by its relationship with the US, Japan has fallen behind in the race for regional leadership. But China too is confronted by regional fears of the consequences of its dominance and by a backlash from other powers, which are rallying together as is the case with the US, Australia, Japan, and India that have come together in the ‘Quad,’ for example. China’s belligerence does not help. But its financial generosity may yet win it enough supporters for a network of bilateral swaps and flows that create under its leadership a bilaterally-driven, IMF-independent safety net, that realizes a long-felt need in the region. 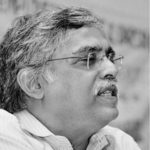