The Promise and Limits of Carbon Pricing

Carbon pricing still has the potential to be a powerful tool contributing to emissions reductions, but it is clearly no panacea.

Climate policy has reached a fever pitch in the year of COVID-19. The UN COP26 climate meeting in Glasgow has been postponed to November 2021 so that countries can deal with the immediate aftermath of the health and financial crisis, but this has not prevented some governments from planning ahead in addressing the climate crisis: this year alone, the EU, China, Japan, and South Korea have all announced targets to reach net-zero CO2 emissions within three to four decades.

With Joe Biden’s victory in the 2020 US Presidential Election, the Biden climate plan – if adopted – would have the US join this movement. More than three-fifths of global emissions may soon be under net-zero targets – including 73% of coal, 58% of oil, and 49% of gas consumed worldwide.[i]

But the pandemic has revealed that it is much easier to announce long run targets than it is to act consistently to achieve them in the short-term. As the world fitfully converges on ‘Net Zero’, there is far less consensus regarding the policies that will be necessary to reduce emissions at the scale and speed that is required. Countries are grasping for solutions.

Pricing carbon dioxide (CO2) emissions – whether via a carbon tax, emissions trading system, or some hybrid scheme – has long been regarded as integral to meeting the world’s climate targets. Economists and policymakers the world over – at government ministries, NGOs, carbon-intensive corporations, the OECD, the IMF, the World Bank, and the UNFCCC – have held up carbon pricing as a royal road to reducing emissions. In the Economists’ Statement on Carbon Dividends (2019), which claims to be the largest public statement in the history of the economics profession, carbon pricing is hailed as the tool of choice to reduce emissions at the ‘scale and speed that is necessary’.[ii] According to the Stern-Stiglitz High-Level Commission on Carbon Prices (2017), explicit carbon prices in the range of ≥ US$40–80/tCO2 by 2020 and ≥ US$50–100/tCO2 by 2030 will be ‘indispensable’ to achieving Paris targets.[iii]

But these assessments have been proffered based on ex ante, speculative model projections with limited empirical corroboration. Despite the undeniable proliferation and popularization of carbon pricing in recent decades, around four-fifths of global emissions are still not subject to an explicit carbon price and nearly half of all covered emissions worldwide are priced at less than $10/tCO2 (World Bank 2020). Globally, the average (emissions-weighted) carbon price is below $3/tCO2 (Dolphin et al. 2020), equivalent to adding approximately US$0.03 per gallon of gasoline (€0.009 per litre of petrol). Critics and endorsers alike concede that ‘optimal’ carbon pricing schemes which are cost-efficient and environmentally effective in theory may be politically unfeasible in practice (Rosenbloom et al. 2020a; Stiglitz 2019). But a ‘clash of paradigms’ persists regarding what this means in practical political terms (Rosenbloom et al. 2020b; van den Bergh and Botzen 2020). Windows of opportunity to pass comprehensive climate legislation are few and far between.[iv] Should governments double down on carbon pricing or diversify their policy portfolios? How big a difference does a carbon price make for the climate?

In our new working paper, we contribute to a fuller understanding of these questions by empirically investigating the environmental efficacy of carbon pricing across five sectors for a panel of 39 countries over 1990-2016. We show that carbon pricing has reduced annual growth in emissions by roughly 1-2% relative to our estimated counterfactual (Figure 1), with a roughly estimated 0.1% reduction in the growth rate of total emissions for each additional $1/tCO2 (Figure 2).

These are disappointingly small effects. The silver lining is that our findings should encourage a fruitful revaluation of climate strategies and priorities moving forward.

Our paper tackles a methodological challenge that has hindered the empirical debate. Until recently, there has been a persistent lack of standardized carbon pricing data which accounts for cross-country variation in industry exemptions, rebates, and sectoral coverage over time. This has compelled researchers to rely predominantly on quasi-experimental methods to estimate generic carbon-pricing ‘treatment effects’ without specifying the initial price level and its subsequent evolution over the treatment period. In effect, essential information about the dynamics and functional form of the relationship between the price level and emissions is ignored or omitted perforce. The practical consequence is that economists have been unable to pursue their conventional interest in estimating elasticities (“responsiveness” in non-technical terms) of emissions, with respect to different carbon price levels observed across countries, sectors, and time. As a result, policymakers and the public still know little about the environmental effectiveness of one of the core pillars of climate policy.

In our paper we construct a novel dataset comprising average (‘emissions-weighted’) carbon prices across five sectors for a panel of 39 OECD countries from 1990-2016, following the computation methodology of Dolphin et al. (2020), combined with emissions data from 1975-2016. We aim to answer three questions: First, what is the effect of the introduction of carbon pricing on CO2 emissions, irrespective of the level of the carbon price? Second, do higher average carbon price levels lead to greater reductions in CO2 emissions? Third, once a carbon price is set, what is the effect of subsequent year-on-year changes in the price level?

We answer each of these questions in turn, reporting three sets of estimated effects for each sector. First, we estimate the ‘average treatment effect’ of the introduction of a carbon price irrespective of the price level. To overcome challenges in identification of treatment effects in conventional difference-in-differences and synthetic control approaches, we apply treatment evaluation methods based on matrix completion with staggered adoption (Xu 2017; Athey et al. 2018) while controlling for unobserved time-varying heterogeneity using interactive fixed effects (Bai 2009).

Second, beyond average treatment effects, we propose a new approach to obtaining elasticities from synthetic control methods by estimating what we refer to as the ‘implementation (semi-)elasticity’ – namely, the change in the growth rate of CO2 emissions as a function of the level of the carbon price. To do so, we assess whether heterogeneity in treatment effects estimated in the first stage can be explained by variation in the treatment intensity provided by different carbon price levels observed within and between countries over time.

Third, using interactive fixed effects panel models we estimate the effect of price changes on CO2 emissions, conditional on having already implemented a carbon price. We refer to this as the ‘marginal (semi-)elasticity’ of emissions with respect to carbon pricing.

Finally, we combine our estimates of the implementation and marginal elasticities with climate model projections of future CO2 emissions from several indicative reference scenarios to study the abatement potential of different hypothetical pricing schemes over the next three decades.

We find that carbon pricing instruments have reduced the growth rate of CO2 emissions by 1% to 2.5% on average relative to counterfactual emissions (Figure 2), with most abatement occurring in the electricity and heat sector (where estimates of the average treatment effect reach up to -6% in some specifications). The response of emissions to a higher price level is imprecisely estimated in all sectors.[v] Negative point estimates for the implementation semi-elasticity are centred around a 0.1% reduction in the growth rate of total emissions for each additional $1/tCO2, and roughly 0.2% in the manufacturing sector.

Our results suggest that after the carbon price has been introduced, each marginal price increase of $1/tCO2 has altered the growth rate of CO2 emissions by -0.01% in the manufacturing sector, -0.2% for electricity and heat generation, -0.15% in buildings, -0.75% in road transport, and -0.15% for the economy as a whole (Figure 2).

This leads to an important result. Combining our empirical estimates of the implementation and marginal elasticities with projected future emissions, we are forced to conclude that carbon pricing at current levels, even if implemented globally, is unlikely to achieve emissions reductions at the scale and speed necessary to achieve the commitments of the Paris Agreement – or even secure substantial reductions at all (see Figure 3; it is worth emphasising that the uncertainty of these estimates is very high). Obtaining emissions reductions consistent with the Paris Agreement requires global carbon pricing with near 100% emissions coverage and in excess of $110/tCO2, which is roughly 50% higher than the current highest existing (emissions-weighted) carbon price in Sweden.

Our paper sketches several ways forward for carbon pricing, none of which dismiss the important role it can still play. Climate change mitigation policies, when strategically targeted and combined, may be highly synergistic (Farmer et al. 2019; Grubb 2014). Carbon pricing still has the potential to be a powerful tool contributing to emissions reductions, but it is clearly no panacea.

Rosenbloom, D., Markard, J., Geels, F.W. and Fuenfschilling, L. 2020a. Opinion: Why carbon pricing is not sufficient to mitigate climate change—and how “sustainability transition policy” can help. Proceedings of the National Academy of Sciences, 117(16), pp. 8664-8668.

[i] Based on Carbon Brief analysis of BP data.

[ii] The statement adds that a gradually rising carbon tax should ‘replace the need for various carbon regulations that are less efficient’.

[iii] The report adds the proviso that, even at these optimistically high price levels globally, Paris-consistent emissions reductions will require carbon pricing to be combined appropriately with complementary policies.

[iv] A decade has passed since the last time the US Democratic Party proposed comprehensive national climate legislation (the Waxman-Markey bill) which put carbon pricing front and center, only to be discombobulated by the recalcitrance of the right-wing opposition. Carbon-intensive business lobbies outspent environmental groups by a ratio of 12 to 1 (Meng and Rode 2019).

[v] With the possible exception of manufacturing. 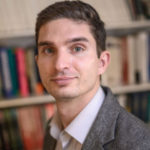 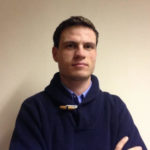 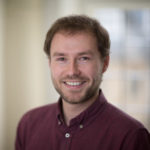