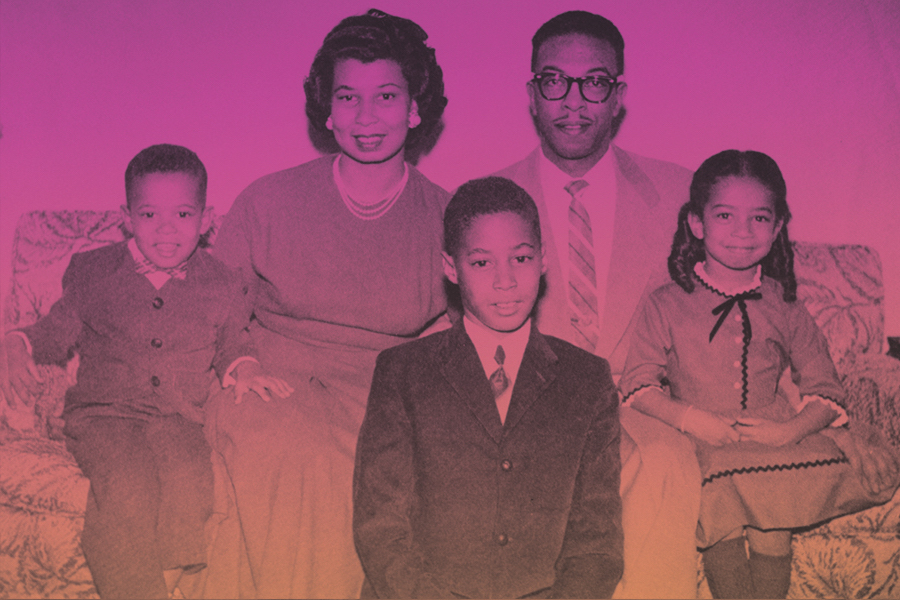 William Darity, Jr. has a new key to unlocking the mystery of inequality: stratification economics.

As an undergraduate at Brown University in the 1970s, William Darity, Jr. expected to learn the reasons behind the inequality he’d seen all around him growing up in the Middle East and North Carolina. He realized pretty quickly that economists were not going to be much help.

Darity, the son of North Carolinians, spent his first eight years in Lebanon and Egypt while his father worked for the World Health Organization, then lived until the age of twelve in Chapel Hill, North Carolina. During the Jim Crow era, he visited his grandmother in a town where a railroad track divided the city into black and white sections, marking two separate economic worlds.

At Brown, Darity was disappointed by how his teachers explained why some people reap the benefits in a society and some don’t. Most taught that some individuals and groups grew more prosperous than others because of differences in education — what economists refer to as “human capital.” Labor economists tended to say that educational differences meant that some people were more productive than others, which explained why some flourished and others languished in the long run. They believed that competitive markets would ensure that everybody ended up earning according to what they produced. Those with higher earnings were able to save more, and so they accumulated more wealth over the course of their lifetime.

Darity wondered, then, why disparities persist, even when markets are competitive. Black Americans, for example, are paid less than their white counterparts at every level of education.

Motivated by what he describes as youthful hubris, Darity got a Ph.D. in economics and set out to change the way economists deal with these issues. Today he is the Samuel DuBois Cook Professor of Public Policy, African and African American Studies, and Economics and the Director of the Samuel DuBois Cook Center on Social Equity at Duke University. With a group of colleagues that include Darrick Hamilton and James Stewart, he has developed a framework for understanding the inequality problem, which he calls “stratification economics.” The new approach —interdisciplinary and integrating economics with psychology and sociology —

expands the boundaries of how economists analyze intergroup differences.

“The traditional approach says that educational attainment is a consequence of parental investment,” says Darity, “but it doesn’t explain how parents can feasibly make those investments.” The explanation he puts forth is a blow to the long-cherished view of America as a land of equal opportunity, where it’s not supposed to matter who your parents and grandparents are or how much money they have.

But that, says Darity, is the key. In his view, the capacity of parents and grandparents to invest in their children is contingent on their wealth position.

“Parental wealth and the provision of inheritances as well as gifts over the parents’ lifetime can support the young person and give them a foundation for their own basis for wealth later,” he explains. “The greater the wealth position of your parents, the greater the degree of economic security that you experience during your childhood, so that you’re more likely to have better levels of health and a better sense of confidence about your ability to be successful in a society.”

The real driver of inequality, then, is not an individual’s level of education and productivity, but the resources that parents and grandparents are able to transmit.

“This has strong implications if we’re looking at racial and ethnic differences in the accumulation of wealth,” Darity observes. “This can be tied to — especially if we’re thinking about black/white differences — the long-term consequences of enslavement; the Jim Crow period; and social policies that created wealth for whites but didn’t do so for blacks, like the GI Bill and the subsidization of the purchases of homes with public funds which is disproportionately made available to whites.” [Black veterans had limited choices of colleges and often could not take advantage of the GI housing provisions].

Many social scientists have sought cultural explanations for racial disparities, rather than the structure of stratification Darity proposes. For example, sociologist and former Senator Daniel Patrick Moynihan, Labor Secretary under President Lyndon B. Johnson, argued in his influential 1965 report, “The Negro Family: The Case For National Action,” that the high rate of families headed by single mothers was in large part to blame for economic inequality. Darity notes that this line of thinking has very deep roots.

“If you go back to W. E. B. Du Bois’ study, The Philadelphia Negro, it kind of runs along two paths. One path is focused on the impact of discrimination on people’s earnings and their occupational status, but another path concerns issues surrounding family structure and the like that fall directly into the path of the dysfunctionality kinds of arguments.”

The cultural explanation is appealing to policymakers because it excuses them from the challenge of remedying inherited stratification through large-scale reforms.

“There’s actually something convenient about those arguments in the sense that if you took them seriously, it would mean that blacks were fully capable of engaging in the self-correction to improve their situation, so there would not necessarily be any need to rely upon social policy that would require the political support of whites,” says Darity.

But he believes that this ‘self-correction’ logic applies only in exceptional cases.

“Obviously there are always going to be individuals who are outliers, who accomplish great things with minimal resources. But if we’re thinking about patterns at the average, then I think one of the most dramatic statistics that we’ve discovered in the work that we’ve been doing is that blacks with a college education, that is, blacks who have a college degree, have two-thirds of the net worth of whites who never finished high school. That’s a stark sense in which somebody has taken personal responsibility, has been motivated, has achieved, but there’s not the same payoff.”

Some hoped that the Obama presidency might herald a new era of economic equality, but those dreams have yet to be fulfilled. Darity notes that Obama’s speeches emphasize ending a culture of victimization and the taking of personal responsibility. “That kind of message is not very different from the position that would be taken by the researchers at the Manhattan Institute [a conservative think tank],” he says. “Essentially what he’s done is to embrace a set of arguments that attribute racial disparities primarily to dysfunctionality in the black community.”

“If you buy the black dysfunction story, then the key is for young black men to pull up their pants or the equivalent,” he says. “But that’s a very different policy from saying, well, we should assure all Americans a human right to work. Or even if we don’t talk about an employment guarantee, then at least the basic income guarantee.”

“If we’re concerned about black-white disparities specifically and we want to have a race-specific policy, then I think we have to start talking about a program of reparations [for slavery].” (Darity and his wife, Kirsten Mullen, are currently completing a book that details how a reparations program might be executed, due to hit the shelves by mid-2017).

“If we are not willing to pursue race-specific policies,” Darity argues, “then we need universal programs that are race-conscious in the sense that they will disproportionately benefit the most disadvantaged groups even though they are programs that everyone is eligible for.” One such program would be a Federal job guarantee.

Darity has also worked with economist Darrick Hamilton to devise a wealth redistribution program through “Baby Bonds,” which would help put Americans on more equal footing without confiscating any existing wealth.

“That’s essentially the provision of a trust fund to each newborn infant, but while it’s universal it’s not uniform. The amount would be contingent upon the wealth position of the child’s family. We think in terms of a $50 endowment for a child of somebody like Bill Gates, but a $50-$60,000 endowment for children whose families are in the lowest quintile of the wealth distribution.”

And because racial disparity in income, wealth and employment is so deeply embedded in the structure of U.S. society, he says remedying it will require truly transformative policies.

Asked if there have been improvements in the way academic economics tackle issues of inequality since his student days in the 1970s, Darity does not have particularly good news:

“Actually, I think it’s shifted even further to the right so that alternative approaches are even more marginalized now,” he says. “The ideological content of economics is masked somewhat by the high degree of technical requirements. So in some respects I think economics is even less open than it was when I was first exposed to the field.”

Darity has seen positive signs in the work of the Institute for New Economic Thinking, the efforts of economist Joseph Stiglitz, and the Roosevelt Institute, which recently put out a report drawing heavily upon stratification economics as a frame for analysis. He hopes to get a paper published in the Journal of Economic Perspectives on stratification economics that would expose a larger audience of economists to the ideas.

His work suggests that until economists deal with the reality of the structural dimension of inequality, racial disparities will not only be a stain on American society, but will continue to limit America’s broader economic prosperity.