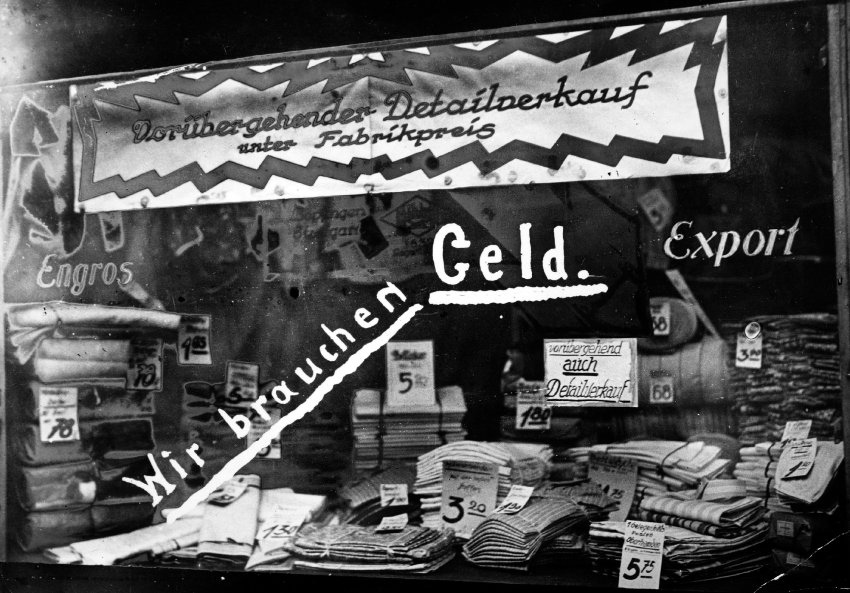 Inflation, the euro crisis – for years there has been one worry hype after another. Yet fear frequently turns out to be wrong. We need a committee of wise men in charge of dealing with the real risks.

Rarely has there been so much fear. At least according to the index that a well-known insurance company employs for their annually conducted surveys to determine what Germans worry about most. It indicates that in 2016 a wide range of fears shared by an unusually high number of respondents has surged tremendously to the top of the list of greatest worries. Which at first may not come as a surprise – considering the news we are presented with on a daily basis, news covering yet another attack, for example, or a newly appointed British foreign secretary.

What’s puzzling is that most of the worries ranking at the top of the fear-charts in Germany over the past 15 years turned out to be unfounded in the end. A reason to be relieved? Well, it might also be that we have an inclination to drift into neuroses – with dangerous side effects: For example, when this hype distracts us from recognizing a real risk. Then we are in urgent need of a fear reform.

Clearly, inflation is one of the favorite fears Germans have. No other nation jitters as much at the thought of prices going up. And indeed: Since the first survey was conducted in 1992, the fear of rising living costs has ranked first every other year – higher than the fear of unemployment, illness or one’s own children becoming addicted to drugs. At a time, mind you, when inflation was as low as rarely ever before. From the year 2000 onwards the rate of price increase has averaged at around 1.5 percent. A little absurd, isn’t it?

And no rolling out the old argument of everything being much more expensive because of the euro! At the beginning some merchants exploited the currency changeover. True. If anyone sees this as lasting inflation, they should try ordering a cup of coffee or rent an apartment in London or New York - and report back afterwards.

So what if the sky is falling?

Since 2011 the number-one fear has been a different one: The fear of the “costs of the euro crisis to the German taxpayer.” And even this fear has not really materialized in full. A few loans had to be written off. Sure. Yet the bulk of the loans has dutifully been paid back by Greece to this day with the German finance minister even collecting interest on them. And what’s more: Because with every episode of crisis an increasing number of investors have resorted to German government bonds, Wolfgang Schäuble by now no longer needs to pay interest on newly issued public debt. According to the calculation of the Halle-based IWH-Institut (a German institute for economic research), the German treasurer thus had saved nearly 90 million euros by mid-2015 alone.

Hence, the German taxpayer has made a net profit from the crisis. Even if the Greeks were to default on all of their loans. After all, taxes haven’t been increased in Germany either – instead Mr. Schäuble is promising tax relief. That would be the opposite of the number-one fear through which people in Germany have been brought to their heels throughout the course of the past five years.

As a matter of fact, only in 2003 and 2009 was the Germans’ number-one fear bang on target: Recession. Although the crisis was over already in 2010. Then – wouldn’t you know it? – inflation moved back to the top of the list. In the current year 2016 fear of terrorism is at the top of the list for the first time – with rather good reasons. Even though, from a sober perspective and to our great fortune, there has been no attack on German soil.

The Extremists’ Strategy Pays Off

One might add here – according to commonplace kitchen sink psychology – that fear grows incrementally with the gravity of potential harm, even though the likelihood of it occurring is low. That’s understandable. And a certain amount of fear is beneficial as it may be helpful to us in eliminating dangers

What’s treacherous is that for fear of inflation money is kept scarce whereby the actual problem comes from lack of investments. As a result, fear turns into a highly counter-productive agent. More or less the same is true for the euro crisis. For fear of incurring high costs for the poor Germans the wildest political contortions were performed and financial aid was delayed – instead of employing that energy on finding the best possible strategy for Greece (as well as Spain and Portugal); the more so as the risk for greater costs would decrease significantly with swifter aid.

Just how fatal the effect of fear can be is seen in terrorism. In a flash the extremists have managed to become our number-one fear. Even though the real likelihood of being killed in an attack, despite last night’s renewed act of terror in Nice, is still extremely low. Their scheme plays out nevertheless, as fear now feeds into a more or less blind hatred for everything having to do with Islam – at the same time they can set themselves up as the saviors of all Muslims. Mission accomplished.

What’s true for the big picture also applies to a smaller scale. Since many parents have a statistically unrealistic fear that their child could be involved in an accident on their way to school, unnecessary car trips to take their children to school are undertaken – which has been proven to increase the risk of accidents occurring.

We urgently need clarification and better communication of what really is dangerous – and how it is dangerous. A sort of bureau for risk or threat assessment. Or an anti-fear advice council of wise men. Or even a risk minister. Whatever. In any case, someone who will provide knowledgeable information about the levels of risk to the best of their knowledge. Even if a lot of factors cannot be determined accurately; sometimes knowing the magnitude of the risk already helps. We need someone who will let us know how matter-of-fact experts assess the risk – instead of hearing assessments only from those, often grand economists, whose presence in the public arena does not necessarily align with how well balanced and sound their prophecies are.

Knowing the (low) statistical probability of children having an accident on their way to school, one would most likely leave the car parked. Self-test. If one knows that hyperinflation is damn unlikely to occur today, chances are that many would sooner give up their reservations when central bankers tackle the (real) danger of deflation with generous amounts of money allocations. Less German angst would very likely have spared us the escalation of the euro crisis.

We would probably also need a few new economists. What is the use of experts who constantly warn against rigors that never occur? Against minimum wage allegedly bringing about large numbers of unemployed. Embarrassing. Experts who instead failed to alert us when real disasters were looming as in the case of the ongoing financial crisis of 2007. Such negligence could still be excused if at least at this point in time a revision of those models would follow which suggest that the market will fix it all in the end. Not a bit of it! Doing so might even help us to not always be pursued by stupid fears.

Or we take on a couple of new politicians, who will give us the impression that things are under control again. In 2016 two thirds of the Germans fear that their politicians might be fundamentally and generally overtaxed.

There’s lots to do.