Elites Have Made the American Dream a Nightmare for Black People. Who’s Next? 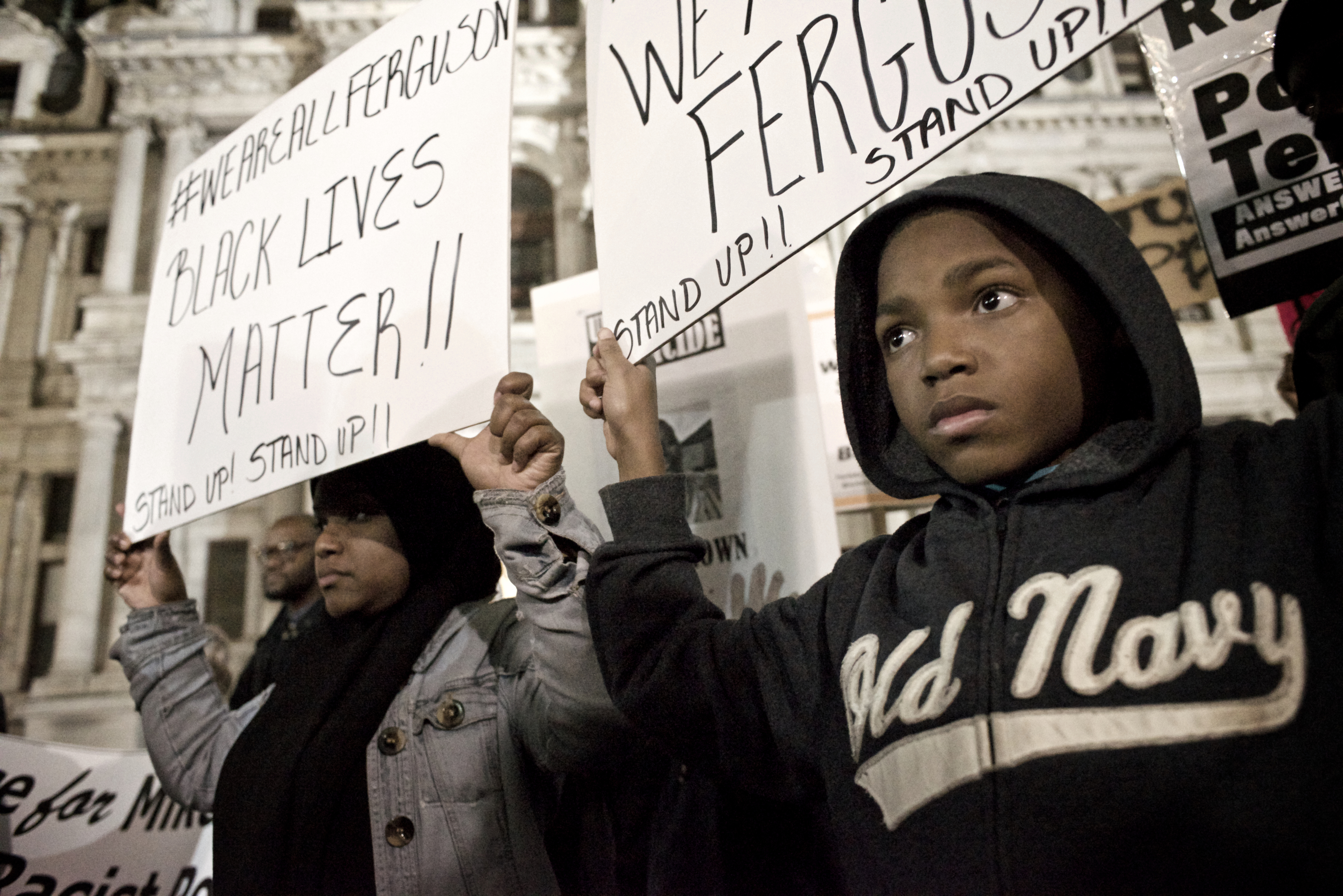 Researchers reveal the enemies to stability and prosperity that threaten us all.

What’s more American than the dream of the middle class? A well-tended house, the bills paid, the kids in good schools, and everybody looking forward to a bright future. Unfortunately, for most Black people this dream has long been a Sisyphean nightmare in which no amount of hard work or careful plans could bring the tantalizing fruit within reach.

News flash: Everybody but the wealthy may soon get a taste of this experience.

“The Cosby Show,” one of the most popular of the 1980s, depicted Black home life with the successful, upper middle-class Huxatables, where the doctor-dad and lawyer-mom presided over kids destined to continue along the secure path achieved by their parents. Proponents of the show assumed it reflected a new reality in which institutionalized racism and racial inequality had gone the way of separate water fountains and segregated schools. Kids could benefit from wealth accumulated by their family. Everyone had a chance to prosper in the new Land of Opportunity,

But according to economist Darrick Hamilton, that’s not the country’s reality – not then, not now. Even in the 21st century, Black Americans remain what he calls a “subsistence population” in which economic anxiety never ceases. As he puts it, “there really isn’t a Black middle class if it’s defined by wealth, because Black people, en masse, do not have wealth.”

That’s because ever since emancipation from slavery, every gain Blacks have made has been met by people in power finding new ways to hold them back. This pernicious phenomenon has happened in every era, getting amplified in each crisis, when those who had managed to gain a foothold in the middle class are hammered. This time around with Covid-19, Black people and other vulnerable populations are forced to choose between sliding down the economic ladder or going to work and winding up in a casket.

Prior to the 1960s, the number of Blacks who managed to scramble up the ladder was vanishingly small. Facing segregation and racism which blocked access to higher education, desirable housing, and decent employment, they were mostly stuck in manual, badly paid jobs that whites wouldn’t take. Only a few managed to own businesses, like funeral parlors or beauty salons, that served Black communities, or were lucky enough to find jobs in the post office. Starting in the 19-teens, the Great Migration brought black Southerners to Northern cities seeking better jobs in urban industries, but they were often greeted with myriad forms of discrimination, including higher rents than whites, denial of loans when they tried to buy a house, and low-quality schools.

Civil rights leaders like Fredrick Douglass, W.E.B. Dubois, and Rev. Dr. Martin Luther King Jr. saw that union membership offered way to level the playing field. By the 1930s and 1940s, civil rights protests were linking industrial unionism and the rise of the labor movement with the quest for Black economic opportunity.

America’s growing automobile industry was a focus of this struggle. In 1910, Detroit’s Black population was only 1%, but by 1930 it had reached 8% — a year in which 14% of all auto workers in the city were Black.

As author Beth Tompkins Bates has argued in Black Workers, Fordism and the UAW, the Ford Motor Company, fearing foreign workers in the wake of the Bolshevik Revolution, began to hire Black workers and pay them wages equal to those of whites in the post WWI period. She posits that Henry Ford believed he could thwart socialist agitation and unionization through this tactic. However, the social and economic conditions of the Depression and the Second World War forced many American corporations to accept unions, despite their often brutal efforts to suppress them. This pressure, combined with the increasingly labor-oriented civil rights agenda and a violent struggle culminating in a strike at the Ford River Rouge complex in 1941, finally brought the establishment of a strong union to Ford– one which included Black workers.

As the civil rights movement gained momentum in the ‘60s, Blacks without higher education won still more access to well-paying unionized jobs, a trend buoyed by anti-discrimination laws under Title VII of the 1964 Civil Rights Act. But the rise of a blue-collar Black middle class fueled a nasty backlash. Politicians like Richard Nixon stoked racial fears while undermining union activity and civil rights protections. Sound familiar? It should. Economists William Lazonick, Philip Moss, and Joshua Weitz have researched the disappearance of unionized employment and how, starting in the late ‘70s, these well-paying jobs got clobbered by global competition, the offshoring of manufacturing, and a trend known as the financialization of corporations.

This financialization trend was a seismic shift in corporate culture. No longer did firms funnel profits into developing new products or paying workers more. Instead, corporate chieftains began to distribute profits to shareholders, and themselves, in the form of cash dividends and stock buybacks. The new corporate way focused almost exclusively on the interests of shareholders.

Lazonick and his colleagues observe that to make matters worse for Black people, industrial unions tended to base protections on how long a worker had been employed, and because “Blacks tended to be last hired and first fired,” they suffered the most during the transition to corporate financialization. And at the same time that these U.S.-based union jobs were becoming a thing of the past, America’s business corporations and government agencies failed to invest in the education and skills of the U.S. labor force.

Prior to financialization, it was customary to have a job at one company for a long period of time, even your whole working life. Imagine! That meant you could expect stability, rising wages or salaries, and expanded health and retirement benefits. Until 1964, that kind of job had mostly been a white privilege, but soon many Blacks and women began to get access to these building blocks of the middle class. Lazonick and his colleagues point out that the greatest progress was made by workers who landed unionized semi-skilled and skilled jobs in mass-production industries.

But after financialization, a new employment model emerged where workers spent less time in a single firm. Instead, they moved around from company to company. But the types of jobs on offer were changing drastically: blue collar jobs were disappearing, while white collar jobs were increasingly inaccessible to Black people because they demanded an advanced education and robust social networks that many did not enjoy. “Along with non-white Hispanics,” write the researchers, “Blacks found themselves at a distinct disadvantage relative to whites and Asians in accessing these New Economy middle-class employment opportunities.”

America’s explosion of wealth at the top has been accomplished through the draining of the wealth of the middle class and the poor. It all comes down to growing economic inequality, something the rich have guaranteed through their gigantic investments in the political system. Corporate executives and shareholders enriched by windfalls from stock buybacks and stock-based pay have been diligent in buying lawmakers who consistently protected them from recessions that walloped the country throughout the 1970s and 1980s and creamed the middle class.

Black people have suffered disproportionately through these economic crises, a trend which is most definitely continuing in the 21st century. Darrick Hamilton’s research with economist Christopher Famighetti has revealed that since the crash of ’08, for example, Black college graduates have faced bigger barriers in the housing market compared to whites. They have also shown that today, Black households headed by a college grad tend to have less wealth than white households headed by a high-school dropout. So much for the old belief that a college degree guarantees a shot at the American dream.

If things continue on their current trajectory, what Black people have experienced may very well increasingly become reality for everyone who isn’t rich. As Lazonick and his colleagues write:

“The fact is that Blacks are doing terribly in a nation wracked by extreme economic inequality, which is dragging down the whole working class, irrespective of race or ethnicity. In a nation that once advertised itself as the land of upward socioeconomic mobility through equal employment opportunity, intergenerational downward mobility has become the norm.”

This is one of the main reasons that America is currently exploding from within, a phenomenon that Covid-19 has only served to accelerate. Despite the President’s references to China and xenophobic wall-building, the biggest threats to the stability and prosperity of Americans are happening within our own borders, through unregulated capitalism and a political system purchased by the wealthy. The country has become a dual economy, as economist Peter Temin has detailed, in which haves and have-nots live in completely different worlds — an economic fragmentation that brings cultural fragmentation in its wake.

The shared experiences and expectations of middle class life that made people feel American and connected to their fellow citizens from sea to shining sea are dissolving. The superrich have worked very hard to orchestrate this outcome, and until their power is checked, the community of people for whom the American Dream is out of reach grows bigger every day.