The global financial cycle has transformed the well-known trilemma into a ‘dilemma’. Independent monetary policies are possible if and only if the capital account is managed directly or indirectly. This column argues the right policies to deal with the ‘dilemma’ should aim at curbing excessive leverage and credit growth. A combination of macroprudential policies guided by aggressive stress‐testing and tougher leverage ratios are needed. Some capital controls may also be useful.

Looking at the evolution of financial integration over the past half‐century in the world economy, one might conclude that financial openness is an irresistible long-run trend, hailed by policymakers and academic economists alike. Both emerging markets and advanced economies have increasingly opened their borders to financial flows. Yet in a financially integrated world, fixed exchange rates export the monetary policy of the centre country to the periphery. It is impossible to have at the same time free capital mobility, fixed exchange rates and independent monetary policy. In international finance this is known as the “trilemma” (e.g. Obstfeld and Taylor 2004). Hence if there are free capital flows, only floating exchange rates permit monetary policy independence.


But does the scale of financial globalization and in particular the role of global banks put even this into question? Are the financing conditions set in the main world centres of global finance setting the tone for the rest of the world, regardless of the exchange‐rate regime? Is there a global financial cycle and if yes, what are its determinants?

The global cycle and the problem with the trilemma

Risky asset prices around the globe, from stocks to corporate bonds, have a strong common component. So do capital flows. Credit flows are particularly procyclical and volatile. Figure 1 plots capital inflows disaggregated by asset types (FDI, portfolio equity, portfolio debt and credit) as a proportion of the world GDP for the period 1990Q1‐2012Q4 and it reports the VIX (inverted scale) on the same graph. (The VIX is the Chicago Board Options Exchange Market Volatility Index. It is a measure of uncertainty and market risk aversion.) Particularly striking is the prolonged lowering of the VIX during the period 2002‐2007, during which capital inflows surged. Flows tend to be highly correlated with one another and negatively correlated with the VIX (except FDI). Credit inflows and portfolio debt inflows show a high degree of co‐movement over time (correlation of 0.52). Credit flows are the more volatile and procyclical component of all flows, with a particularly dramatic surge in the run up to the crisis and an equally dramatic collapse during the crisis.

The picture emerging is that of a world with powerful global financial cycles characterized by large common movements in asset prices, gross flows and leverage. It is also a world with massive deviations from uncovered interest parity. (Analytically, this is key: the trilemma assumes uncovered interest parity.) There are interrelations among the monetary conditions of the U.S., capital flows and the leverage of the financial sector in many parts of the international financial system. The global financial cycle can be related to monetary conditions in the U.S. and to changes in risk aversion and uncertainty (Bekaert et al. 2012, Miranda-Agrippino and Rey 2012, Bruno and Shin 2013).

As credit cycles and capital flows obey global factors, they may be inappropriate for the cyclical conditions of many economies. For some countries, the global cycle can lead to excessive credit growth in boom times and excessive retrenchment in bad times. As the recent literature has confirmed, excessive credit growth is one of the best predictors of crisis (Gourinchas and Obstfeld 2012, Schularick and Taylor 2012). Global financial cycles are associated with surges and retrenchments in capital flows, booms and busts in asset prices and crises.

The global financial cycle thus transforms the trilemma into a ‘dilemma’ or an ‘irreconcilable duo’. Independent monetary policies are possible if and only if the capital account is managed, directly or indirectly.

Gains to international capital flows have proved elusive whether in calibrated models or in the data. This is disturbing, given the scale of financial globalization the world has undergone. Large gross flows disrupt asset markets and financial intermediation, so the costs may be substantial. To deal with the global financial cycle and the “dilemma”, we have the following policy options: ( a) targeted capital controls; (b) acting on one of the sources of the financial cycle itself, the monetary policy of the Fed and other main central banks; (c) acting on the transmission channel cyclically by limiting credit growth and leverage during the upturn of the cycle, using national macroprudential policies; (d) acting on the transmission channel structurally by imposing stricter limits on leverage for all financial intermediaries.

Of these four options, if history is of any guidance, implementing effective international cooperation among the main central banks to internalise the spillovers of their monetary policies on the rest of the world seems out of reach. And there are some reasons for that; international cooperation on monetary spillovers may conflict with the domestic mandates of central banks. Furthermore, the management of aggregate demand in systemically important economies has important consequences for economic activity in the rest of the world. The rest of the world cannot at the same time complain of excessive capital inflows due to loose monetary policy in the centre countries and wish for a higher level of economic activity and demand stimulus in the same countries. A transparent forum in which the collective monetary policy stance of the systemically important central banks is actively discussed and inconsistencies analyzed would nevertheless be beneficial.

Since for a country, the most dangerous outcome of inappropriately loose global financial conditions is excessive credit growth, a sensible policy option is to monitor directly credit growth and leverage. The arsenal of macro prudential tools has several layers: e.g., countercyclical capital cushions, loan-to-value ratios and debt-to-income ratios. One should also monitor lending standards and trading strategies during periods of high credit growth. A centralized repository of the knowledge and experience recently gathered around the world by supervisors and central bankers on the practical implementation of macro prudential tools would be highly valuable. An important issue is to determine the timing of intervention. Policy must not wait for the quasi-certainty that there is a bubble in asset prices or real estate. The authorities should stress-test the balance sheet of the financial sector (banks and shadow banks) frequently, either in a targeted way or broadly, and judge whether large but realistic changes in asset prices could jeopardize financial stability. Fiscal backstop strategies are needed to guarantee the credibility of the stress testing.

At the heart of the transmission of monetary conditions is the ability of financial intermediaries to leverage up quickly to high levels when financing conditions are favourable (see Borio and Disyatat (2011)). Hence a sensible policy measure is to cut structurally the ability of financial intermediaries to be excessively procyclical by putting a tougher limit on leverage. With such a straightforward tool, one would also help make the macro prudential policies described above more robust. Errors of judgement by supervisors, CROs, CEOs and boards are likely in our excessively complex financial and regulatory environment. Tougher leverage ratios are a sensible way to decrease the (verifiably huge) cost of these errors, without imposing any large costs, if any, on the real economy.

Hence, the most appropriate policies to deal with the “dilemma” are those aiming directly at the main source of concern (excessive leverage and credit growth). This requires a convex combination of macroprudential policies guided by aggressive stress‐testing and tougher leverage ratios. Depending on the source of financial instability and institutional settings, the use of capital controls as a partial substitute for macroprudential measures should not be discarded.

Borio, C and P Disyatat (2011) “Global Imbalances and the Financial Crisis: Link or no link?”, BIS working paper No 346. 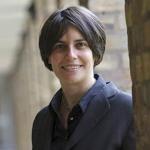