Far from Keynesian “fine-tuning” of aggregate demand, Minsky’s policy prescription is based on the accurate diagnosis that investment, funded as it is in a modern capitalist economy by endogenous money created in the banking and financial sectors, is the leading source of instability. The sequencing is well known. In good times, firms invest by borrowing in excess of profits, projects succeed, leverage pays off, assets are revalued upwards, debt is easily repaid, and profits continue to increase. In bad times, firms cut back on investment to pay down debt, projects fail, leverage bites, assets are revalued downward, debt continues to mount, and profits are squeezed out the system.

With profits at center stage, the Kalecki equation provided Minsky with the theoretical justification for the stabilizing role of government spending: lower profits during boom times and increase them in times of crises.

In this recent paper, Bernardo Costa Lima, Jianhong Wu, Xiang-Sheng Wang, and I investigate the effects of just such policies in the context of a stock-flow consistent model with household, firm, banking, and government sectors. Our starting point is the elegant model proposed by Steve Keen in 1995 to formalize the interaction between external financing and investment decisions by firms outlined above.

As shown here, the Keen model without government intervention admits two locally stable equilibria: a good one with a finite private debt ratio and nonzero wage share and employment, and a bad one with an infinite private debt ratio and vanishing wages and employment. While nobody expects an economy to drift toward such bad equilibrium without some kind of intervention happening along the way, the point of the simplified model is to show that, left to its own devices, this is exactly the kind of private debt crisis that can afflict an economy with sophisticated financial institutions.

And here enters the government intervention of the type advocated by Minsky.

We started by asking ourselves can the addition of countercyclical spending and taxation guarantee that the economy always will move toward the good equilibrium? In other words, can a determined government actually stabilize an unstable economy? Alas, this turns out to be beyond the grasp, at least in the formal setting examined in the model. The good news, however, is that government intervention can destabilize the bad equilibrium. With enough government spending the “black hole” associated with rising private debt (or in mathematical terms, the basin of attraction for the bad equilibrium) can be made arbitrarily small. Moreover, we showed, using techniques first developed for the study of population dynamics in mathematical biology, that government spending can make employment “persistent.” In non-technical terms, employment is guaranteed to bounce back from arbitrarily small levels, no matter had bad things get, which is definitely a property not shared by the model without government.

But what about exploding government debt and all the worries associated with bond vigilantes, 90% thresholds, and all that?

Well, the model shows that, as long as governments can borrow in their own currency, a spending profile that is responsive enough at very low employment levels but tapers off when the economy recovers leads to finite levels of public debt ratios. But there’s a catch. Make the government intervention too timid, say, by cutting spending and turning to austerity at the slightest uptick, and the model exhibits limit cycles, with the economy bouncing back-and-forth but never really taking off while public debt increases.

And thus, we are back in crisis mode. 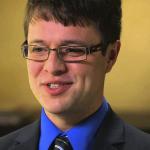