Debt-driven Growth: The decade prior to the Great Recession

By Engelbert Stockhammer and Rafael Wildauer

The recent financial crisis has impressively illustrated the dangers of rapid credit growth in a painful way.

Economies plunged into recessions, millions lost their jobs, and tens of thousands of people lost their homes. This has given a boost to research on credit cycles and the impact of lending on economic performance. Recent research demonstrates not only that credit booms increase the likelihood of financial crises (Schularick & Taylor 2012) but also that credit expansion can hamper output growth if it is channelled to asset transactions rather than to productive investment (Bezemer et al. 2014). Figure 1 depicts these two important macroeconomic trends over the past 30 years: Household balance sheets grew in size relative to household income due to fast rising asset prices and higher debt burdens. In our paper Stockhammer and Wildauer (2015), we investigate the extent to which economic growth, in the decade prior to the crisis, has been driven by debt and asset prices in different country groups

We investigate the impact of these structural changes on (medium term) GDP growth by estimating an augmented version of the Bhaduri-Marglin model (Bhaduri & Marglin 1990) using a panel of 18 OECD countries covering the period from 1980 to 2013. In particular we estimate separate consumption and investment equations as well as export and import functions. Following Bhaduri and Marglin, these are explained by the wage share and GDP, to control for short term demand fluctuations, as well as standard controls like interest rates. We augment the model by including household debt, property prices, and stock price indices in order to take into account the increasing importance of credit and asset dynamics. We also control for changes in personal income distribution.

Our main findings are summarized in Figure 2. It depicts the medium term growth contributions of household debt, property prices, and stock prices against the growth contributions of other factors included in our model, such as short term domestic demand fluctuations interest rate changes or changes in foreign demand for exports over the period 1997-2007. To illustrate our findings, we calculate growth contributions separately for different country groups. The striking finding is that the combined effect of changes in household leverage and real estate prices explains about half of GDP growth in the anglo-phone group (Canada, UK, US, Australia) and the southern European countries (Spain, Ireland, Italy). In contrast, in the northern members of the Eurozone (Austria, Belgium, Germany, Finland, Netherlands) and the northern non-Euro members (Denmark, Switzerland, Sweden, Norway) other factors explain most of the growth performance.

Our findings indicate that changes in household balance sheets have strong effects on the economy. This is, firstly, because consumption spending is the largest component of GDP and is closely linked to households’ finances. Secondly, residential investment roughly constitutes half of total fixed capital expenditures and is also strongly affected by households’ debt. Growth regimes which rely heavily on household debt accumulation and spending sprees due to real estate or stock market booms will be more vulnerable to crises as soon as the bubble bursts. Thus the higher growth rates achieved over the short to medium run might not pay over the longer run. To restore a viable growth path, it will be essential to reorganize the financial sector such that credit is channelled to productive uses rather than to the inflation of house prices and consumption. If consumption is to grow, consumers need an increase in disposable income, and this requires steady wage growth. Incentives in the financial sector have to change to discourage speculative lending. Governments have a key role in this: A debt-burdened private sector is unlikely to spend, thus governments have to come in. Inflation in such an environment is, in fact, a good thing, as it alleviates the real debt burden.

Bhaduri, A. and Marglin, S. 1990. Unemployment and the real wage: the economic basis for contesting political ideologies. Cambridge Journal of Economics, 14(4), pp.375–393. 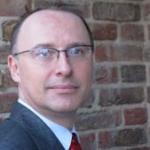 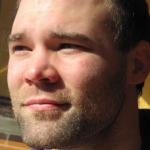