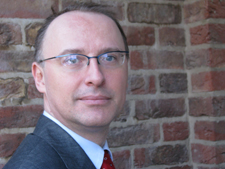 Engelbert Stockhammer is Professor of Economics at Kingston University. His research areas include macroeconomics, financial systems, and political economy. He is research associate at the Political Economy Research Institute at the University of Massachusetts at Amherst, member of the coordination committee of the “Research Network Macroeconomics and Macroeconomic Policies” (FMM), and a co-organiser of the summer schools of the FMM. He has published widely in academic journals on the determinants of unemployment, on distribution-led demand regimes, and on financialization. He is author of the book “The rise of unemployment in Europe” (2004) and is co-editor of “Macroeconomic Policies on Shaky Foundations - Whither Mainstream Economics?” (2009), “Heterodoxe Ökonomie” ([in German] 2009), and “A Modern Guide to Keynesian Economics and Economic Policies” (Edward Elgar).

Debt-driven Growth: The decade prior to the Great Recession

The recent financial crisis has impressively illustrated the dangers of rapid credit growth in a painful way.

what have we learned from the crisis and what should we have learned?