By Folashadé Soulé and Camilla Toulmin 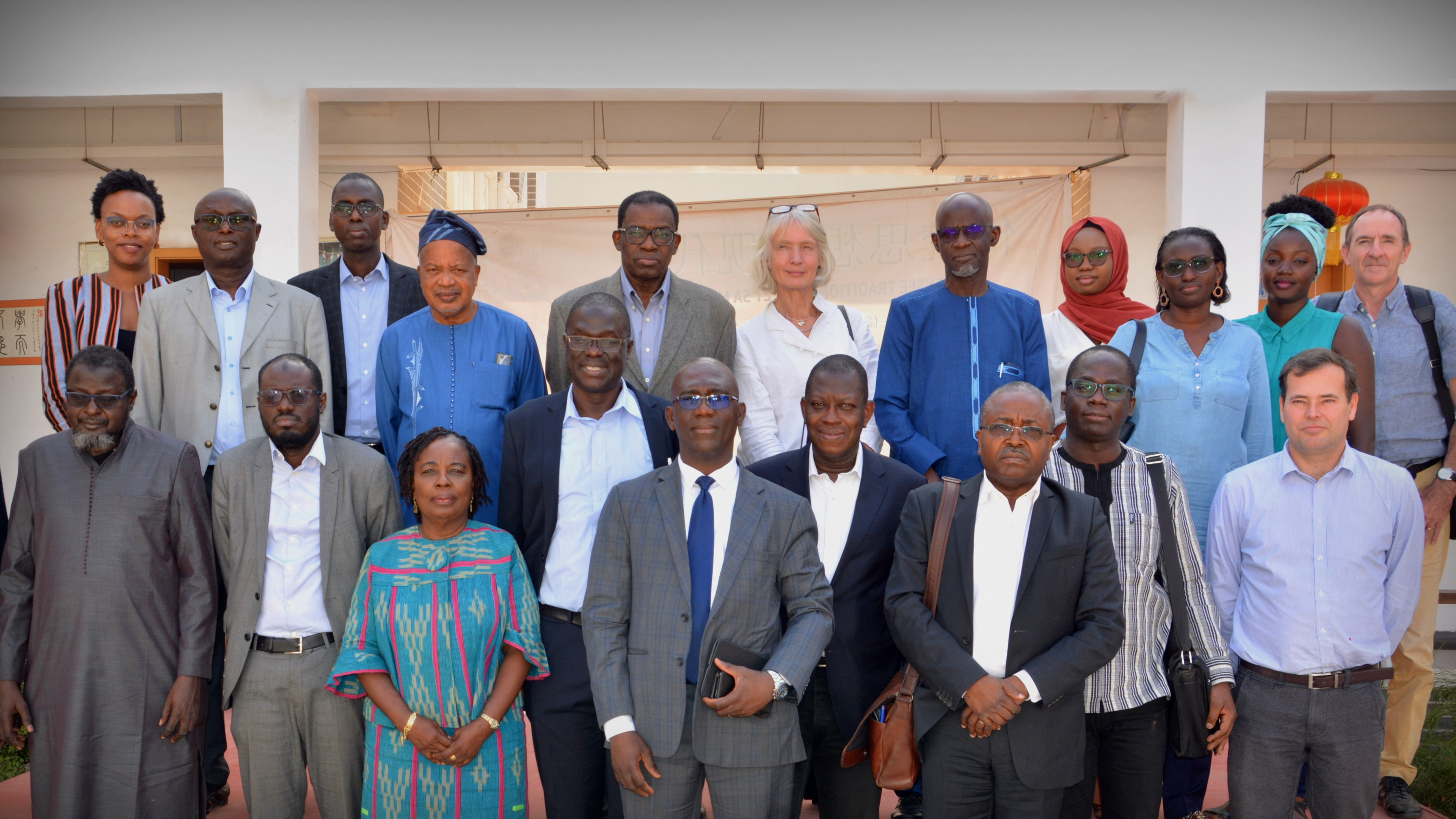 Universities offer a great platform for challenging received opinions and exploring new avenues for thinking and action. At a stimulating and powerful dialogue organized by CGET at the University of Cheikh Anta Diop in Dakar, economists, intellectuals, and civil society representatives from Francophone Africa offered their analysis of what needs to change if African economies are to respond to the social and environmental challenges of our times. Such analysis and thoughtful recommendations are especially needed now, given the major shifts underway across the West African region, such as currency reform, climate change, and conflict. Heavily reliant on trade, and buffeted by globalization, West African states are facing the jostling of big and emerging powers competing for influence. How in this context can thinkers and doers re-shape the policy agenda to better deliver a fair and sustainable growth path? Does such rivalry offer better access to resources and ideas for transforming Africa’s prospects? Or is the state in Africa too small for the big problems, and too big for the small problems it faces? Could more effective integration and coalitions of states deal with the former, and a more forceful commitment to decentralization address the latter?

Among the topics discusses at the dialogue were:

African economic thinking needs to be more endogenous. Africa is very outward looking in orientation, and this intellectual extraversion has meant it still depends on models and insights from the Bretton Woods institutions and elsewhere. This is further aggravated as many civil servants from Finance Ministries across Africa aim to work for the World Bank and International Monetary Fund, where they acquire the attitudes and language of liberal orthodoxy, which is then infused into the economic policies they put in place on their return home. African populations have been trapped first by neoliberal approaches—such as free trade and tight monetary policy—and now by a new emerging orthodoxy of structural transformation through industrialization. Most universities don’t have the resources to invest in the time, critical mass, and deep thought needed to probe and re-construct our intellectual frameworks. But this is not work for academics alone. We need to collaborate and form coalitions of interest amongst many groups—people from business, the private sector, and industry alongside public structures—with the task of shaping a different kind of development path. The costs of the dominant economic model have been too high. Africans need to build their own space for ideas better fitted to the needs and values of the continent. Let’s make universities the place to launch and nourish this public debate. We need to promote more collective action, and not just rely on individual activity. African universities need to support each other, and make common cause with civil society, to put pressure on governments.

Strengthening sovereignty and public accountability: We rely too much on development assistance and foreign investment, which generate serious problems for sovereignty. Every country should put mobilizing domestic resources much higher on their agenda. Tax revenues need to be higher: in Africa they currently average 15% as compared with more than 30% in Europe. But the political economy of taxation reforms is most difficult because everyone can see the consequences for their own pockets. Too much money is also spent on collecting taxes, there are no land or property taxes, numerous tax exemptions exist, and the “informal sector” escapes the tax net. Because people see public money spent in questionable ways, they are unwilling to pay tax, and you can understand their reticence. If people could see a real shift in management of public funds, and re-investment of tax revenues for the public good, maybe this could transform attitudes to taxation. In many African countries, development assistance represents 25-50% of the government budget so there is little pressure to get better at mobilizing domestic resources, but there is no such thing as a “free lunch”. Governments should make domestic resource mobilization a top priority if they seek real freedom of maneuver.

A regional approach is central to make the most of West Africa’s strengths and deal with the challenges: Whether it is industrialization, trade reforms, building climate resilience, or managing migration, countries within the West African region need to work together closely. The recent move by the West African Economic and Monetary Union (WAEMU) member countries to convert the CFA franc to the ECO has generated much debate. They hope to gain advantages from acquiring control over monetary policy, including the exchange rate, which many consider has discouraged industrialization, by making imports too cheap. However, the huge diversity within West Africa presents multiple challenges to establishing a common currency throughout the region. Nigeria is a giant relative to its neighbors, and is the obvious lead economy of West Africa, but in practice its reliance on oil exports means foreign exchange revenues fluctuate widely, and it does not have the reserves needed to support poorer neighbors. Other options need to be explored to link the economies of West Africa, given their large structural differences, to avoid falling into the trap faced by weak economies in the Eurozone.

Structural transformation is the only way to build a more resilient economy. Many Asian countries have successfully built up a strong manufacturing base. They knew it would not happen by itself, but needed a long-term strategy focused on industrialisation, and the multiple investments needed across all sectors to support such a process. Too many African economies have been based on “rents”, with the division of resources driving behaviour rather than the creation of wealth through making things. Many sectors are managed as a cartel, with a few individuals controlling the market for essential goods, such as petrol, sugar, and rice. People invest in the political system to capture the state machinery, since control over this assures a stream of income, and source of patronage. Secondary production generates less certain returns than those from trade, the profits from which are very important sources of political funding. Might the rentier class in West Africa adapt and shift investment into manufacturing? Possibly yes, if they can see a way to make money from industry, but it does require a different mix of management skills and a willingness to take a long-term view. Government also has a big role in nourishing the development of private industry, such as through Central Bank support, and outlining a long-term coherent vision. Given the powerful weight and voice of traders in Africa’s political economy, and their ability to influence and pressure the political system to operate in their interests, we’ll need a new different coalition of forces to challenge them and support an agenda of economic transformation.

Investment in education and skills is at the heart of an industrialization strategy. Industrialization requires a major change in economic structure, which builds on strengths and invests in a well-trained workforce. Businesses today say they cannot find the people they want coming out of universities and schools, so how can we be better at preparing young people for the job market? Maybe the private sector could play a better role in curricula design and training. Economic transformation needs to be anchored in society more broadly, and better able to respond to the aspirations and energies of young people. Many of them see no rewards from current development strategies, and are getting fed up and moving towards despair, which can turn to violence. We must reform school and university systems, as they are not apt for today.

Geography matters as much as economics, and nowhere is this more true than the future of Africa’s cities. The pattern of urban growth over the next 30 years will make an enormous difference to people’s livelihoods and resilience. The spatial dimensions of industrialization really matter and need to be considered alongside the structural transformation agenda. Africa has a higher rate of urbanization than would be expected given its low level of industrialization, but much of this urban growth is associated with under-employment, and informal activity. Many cities also face big challenges in terms of inequality, poverty, and exposure to environmental hazards, such as climate disasters, floods and pollution. Getting a better geographic distribution of economic opportunity both reduces congestion and spreads returns to a wider group. There are large asymmetries in incomes and access to services between capital cities in Africa, and the wider rural hinterland. Politics tend to focus on the priorities of people in the main cities, but continued neglect of less favored areas breeds resentment from which conflict and migration are born. Most countries have followed a decentralization policy, but few powers and resources have been transferred to match rhetoric with reality. Effective decentralization is also a means to create a platform for public debate about local priorities, enabling resolution of conflicts, offering an arena for politicians to learn their trade, and a vehicle for ensuring regional concerns reach national level decision-makers. Given that all political and economic systems tend to centralize power, attempts must be made to counter-act this tendency and re-balance how power is exercised, and decisions are made.

Policies to promote sustainability are frequently incoherent, contradictory, and short-term. The farming sector provides a clear case which illustrates the dangers of relying on foreign aid, ideas, and capital. Take the case of one West African country where a new agricultural land tenure law was passed in 2017, following a 4 year consultation process, with many progressive provisions, including to strengthen the rights of ordinary land users. At the same time, the same government and parliament have been promoting large scale land acquisitions by foreign investors which strip away access to land and water for thousands of smallholder farmers. Opportunities are missed to establish a fair level of taxation on mining companies which could then pay for improvements to smallholder farmers, such as equipment for ploughing. Big companies receive tax breaks while ordinary citizens struggle to find the cash to avoid defaulting on their tax bills.

This strategic dialogue and its outcomes are key components of the Commission’s Africa roadmap. It follows conferences and meetings that took place in Abidjan, Cote d’Ivoire and Cape Town, South Africa on the sidelines of the World Economic Forum (Africa). Next steps include a hearings and events in East Africa. Outcomes will be included in the Commission’s Africa report later this year. 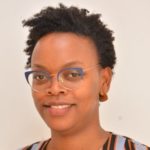 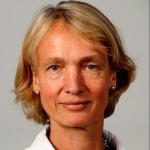