Crisis After Brexit: Let us put an end to the old Europe of denigrators 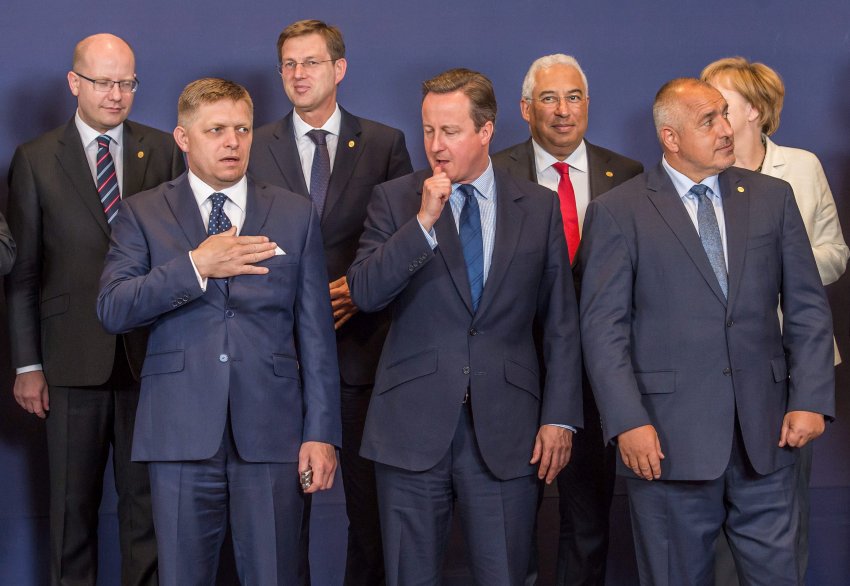 No, it’s not bureaucracy that is to blame - It’s the EU that has a problem, because urged by Germany it has pushed a kind of naive globalization, the outgrowths of which contribute to the upswing of dim-witted populists. Not only in the EU. Time for a new paradigm.

The verdict seems to be clear. Brussels backroom diplomacy must be a thing of the past. Of course. And there must be fewer rules and standardizations. More democracy instead. Except when it comes to getting the public finances back in order. In that case there can never be enough everlasting pacts and irrevocable laws.

Opinions like these or similar ones have been put forward in Germany since the British voted to leave the EU last week. The question is whether all this gets to the core of the matter. After all, in the US populists have had success at elite-bashing as well. Although some of them only have a faint notion of Brussels. And neither do they have the Euro nor a stability and growth pact which may be tightened.

If Europe is on the brink of a crisis this may have less to do with the typical Brussels bureaucracy or with the incompatibilities of European cultures. The cause could lie at a much deeper level. It could be because of the mix of naïve liberalization and depoliticized globalization which Europeans (as well as Americans) have pushed since the 1980s, the consequential damage of which have become palpable everywhere these days. Which now lead into politically senseless disasters like Brexit as populists exploit the discontent without being able to offer a smarter solution. The Boris Johnson effect.

Of course, there are a great many benefits as well: Borders are more open now, there is more extensive trade, bank transfers across borders are easier and travels across Europe are possible without constant border controls.

If only it weren’t for the fact that the liberal idea has been exploited for creating tax evasion havens praised as neat expressions of free competition and for liberalizing the financial markets to such an extent that the crash in 2008 was inevitable. As a result, Europe’s banks in particular are close to the brink to this today.

All the while the gap took on a more breathtaking dynamic, the gap between the rich who benefited from the financial liberalization, and those whose pensions were cut because the governments subsequently needed the money to rescue the banks. Madness.

The curiosities of German perception of the European Union

The dogma of the good-for-all liberalization served as a knockout explanation as to why the EU could never get big enough. True to the motto: If free markets render more economic prosperity, large free markets render even more. Hence, there cannot be such as too many countries joining in - regardless of whether or not the union eventually will be politically overwhelmed because in the end it has to deal with too many diverse notions. Case in point: refugee crisis.

One of the curiosities of Germany’s perception of the EU includes complaining about Brussels’ standardization mania three times a day - straight vs. bent cucumbers - yet failing to mention that it was German politicians and lobbies that once declared this standardization as absolutely necessary from an economic, free-market liberal point of view. To ensure that no government can protect its domestic industry against foreign competitors through national rules and idiosyncrasies any longer. And so that exporters do not have to provide variations of their products with differing specifications for each domestic market.

That is why French automobile manufacturers were no longer permitted to install yellow, prettier low beams. That is why lobbyists from the export nation Germany were particularly eager to demand single standards in Brussels – only to then complain in Sunday speeches about Brussels’ frenzy of regulation. Sure.

The Europe of control freaks and denigrators

The tricky thing is that under this decade-long motto the European Union has developed into a club whose seeming primary concern is to standardize, control, and discipline one another, rather than solving major problems in unison. It’s in the motto, after all: Those who think that markets and competition are better options for regulating things and that government must withdraw (or delegate tasks to Brussels), shouldn’t be surprised if governments eventually seem to be hopelessly muddling along - when it turns out that markets obviously fail to regulate everything.

There is a touch of absurdity in the stoic manner of responding to these developments with more and more proposals for ever stricter pacts and provisions for meeting national deficit goals – a German specialty: setting rules. This, on the one hand, is futile, as history shows that state finances cannot be restored by manic short-term regulation of annual budgets (but mainly through a great deal of economic dynamism).

On the other hand, the deficit goal fetish has turned the European Union into a club where some members are concerned only about denigrating other members for not meeting those more or less unrealistic goals yet again - until the tables turn and the others have a go at you (although nobody rivals us Germans at this, for sure). A club in which it is quite okay to demonstrate how the administration of colleague so-and-so is even worse off so that the financial markets don’t even think of attacking the own country. A club in which a German Finance Minister twists another’s arm to implement austerity which he himself would not even dream of carrying out in the slightest in his own country.

Where are the fans?

What an exquisite club. This is an economic and democratic disaster. Intent on passing the buck. Tattletales. Where are the fans?

In a tranquil world free of crises, some may be easily convinced into delegating the majority of their business operations and business problems to the healing powers of the global market. The only problem is that these days it’s all about solving rather pressing problems some of which have emerged as a direct side effect of an all too naive pursuit of globalization - ranging from the repercussions of the financial debacle to the refugee crisis to the wealth gap. Except that the same globalization has sharply reduced the room for maneuver of our elected representatives. Doubly stupid. Even Brexit nostalgia with a return to the old world order of national solutions is of no help here.

It makes sense, of course, to look into whether some decisions better be made locally in the respective states and regions instead of in Brussels. Of course not everything has to be standardized allegedly for the sake of free competition.

The spur of growth that one or the other economics pope had prophesied in the wake of a unified single market never occurred. A great deal of scorn for little prosperity. But that won’t do.

We need a union

What Europeans need is a new philosophy that will not blindly reverse everything: a Leitmotiv that, especially where catastrophes loom across borders, strives on finding big answers in a mutual effort and making decisions democratically which will affect as many as possible in a positive way. Be it in the battle against tax evasion, terrorism, climate change or the fading middle class.

Those who want to achieve something in all this must wave the naive liberal dogma good-bye, whereby the EU by all means will not need a larger mutual budget. This would be a tremendous contribution in facilitating a swifter response to crises. It would also be necessary to launch a major investment initiative through Europe-wide incentives. Or a common financial transactions tax against all too reckless speculation. And why not aim at a common unemployment insurance, which also the Germans would profit from in the next downswing - yet whose common logic ensures that governments, which in times of crisis already are low on funds, are spared from spending additional money for unemployment benefits.

It would be coo-coo to wish for the expansion or deepening of an inadequate Europe of control freaks and denigrators, that’s clear. What is called for is a union so good that people will want more of it.