Big Tech: Not Only Market But Also Knowledge and Information Gatekeepers 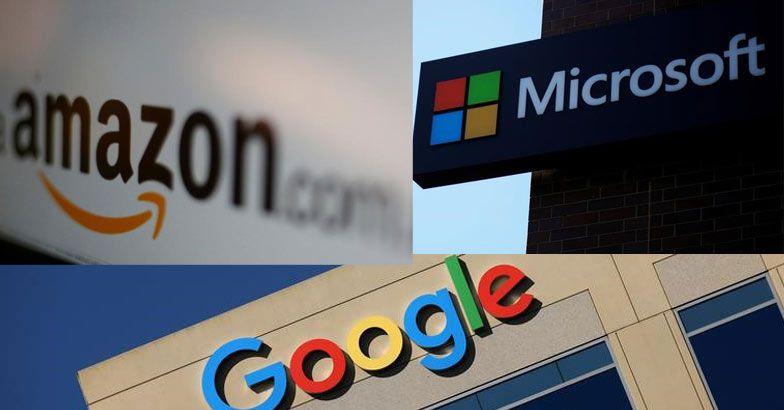 How do we regulate an information utility?

At the end of July, Microsoft and Google’s parent company, Alphabet, presented their latest and relatively disappointing economic results blaming it on the macroeconomic distress. What may have gone unnoticed is that both companies referred to their clouds as the main engines of growth. The cloud was also responsible for Amazon’s better-than-expected quarterly results.

The cloud refers to computing services, including software, hardware, and platforms offered as services through the Internet instead of running locally on individual computers. By 2025, 45% of the world’s data storage will be on the cloud. We are constantly storing information and accessing online applications through the cloud.

Moving operations to the cloud is also crucial for companies. Yet, this mass transfer of information technology from inside organizations to the cloud is a very recent phenomenon. In 2012, firms spent just USD 6.5b on cloud infrastructure services; by 2021, investments had jumped to USD 178b (representing an increase of 2,638%). While the Cloud is used by all sorts of companies and public sector organizations, its ownership is overwhelmingly dominated by just three firms. Together, Amazon, Microsoft, and Google concentrate around 65% of cloud infrastructure services.

This market dominance matters more than concentration in other markets because it entrenches tech giants’ control of digital technologies, which reinforces their global power and the value they capture from other businesses in the form of intellectual rents paid to use those digital technologies. Companies developing specific artificial intelligence (AI) applications, for example, are dependent on tech giants’ cloud services including access to cleaned big databases to train their specific AI models. They also rent generic AI solutions, like facial recognition or autocomplete for written text, that are integrated into their targeted or specific applications.

Netflix recently stated that it relies on services provided by Amazon’s cloud (Amazon Web Services, AWS) and that it could not easily switch to another cloud provider. Other platform companies like Uber — which can only operate accessing Google Maps — and Booking made similar claims concerning technological dependence on big tech companies.

Since the same lines of code can be simultaneously used by many, the reproduction costs of selling AI algorithms as cloud services tend to zero. Hence, as Amazon, Microsoft, and Google expand their client base, profits increase exponentially, to the point where AWS is Amazon’s most profitable business. Furthermore, since the AI code rented as a service includes deep learning algorithms that learn as they process data, the more these algorithms are lent, the more they will learn and self-improve, thus reinforcing these three giants’ digital leadership.

And this is not all. The cloud offers tech giants a chance to sneak into (and copycat) thousands of organizations around the world. Like Amazon’s marketplace, AWS not only sells Amazon computing developments as services. AWS is also a platform that enables other companies to sell their own computing services. Among them, Elastic offered its products Elasticsearch and Kibana through AWS. As their popularity grew, AWS started offering its own version of these services, displacing Elastic from the market.

Cloud computing is also a strategic industry. It allows the identification of promising businesses early by identifying growth in companies’ consumption of data storage space and processing power as well as greater use of different AI services. As a result, the three market leaders use information gathered from their Clouds to identify, and eventually fund existing businesses, or start new promising ones. As other companies first fail or succeed, big tech companies thus reduce their investment risks while keeping long-term economic profits.

Microsoft’s acquisition of Nuance, a cloud-based system for medical transcription services, for USD 19.7 billion is a case in point. Nuance was already running services on Microsoft’s infrastructure before the acquisition. Acquiring Nuance represents a way to make a strong foothold in cloud services for the healthcare industry, which is a source of colossal datasets to be exploited with artificial intelligence. No wonder why, when the acquisition was announced, Microsoft’s CEO, Satya Nadella, tweeted: “AI is technology’s most important priority, and healthcare is its most urgent application.” Yet, the acquisition also expanded Microsoft’s intellectual monopoly beyond healthcare, reinforcing its overall business, in particular, its cloud because it gave Microsoft access to Nuance’s more than 1,000 patents and secretly kept knowledge that had placed the latter at the frontier of speech recognition.

The tendency towards market dominance that is premised on privileged access to data is exacerbated by the fact that the code underpinning cloud services is not made accessible to customers. Customers become ‘locked-in’ and dependent on the cloud services provided by the dominant cloud service providers. This constrains the opportunities for customers to learn by accessing the code they purchase as a cloud service. Customers know what certain services can be used for, but they cannot learn from the rented code since they cannot access the actual algorithms that are making those things happen. This, even if part of those algorithms were developed by universities and public research organizations.

This is true even when those customers are other major corporations. Siemens, for example, is the European leader when it comes to the number of AI patents it has been granted. But Siemens is also dependent on big tech cloud, including for the most advanced generic AI required to apply more specific applications that Siemens integrates into its medical imaging, energy, and transportation products. Only a year after launching Siemens MindSphere, a cloud platform for storing and analyzing data retrieved with IoT from its sold equipment, AWS took over part of this platform’s development. AWS provides computing services that Siemens cannot develop in-house and that it needs to provide AI-specific solutions to its clients.

This form of technological dependence is risky at least for two reasons. First, Google, Amazon, and Microsoft have already entered Siemens’s medical business with the potential of becoming serious rivals. Second, unlike the first ICT wave, where technology adopters could learn by using and adapting technologies leading to complementary innovations, cloud computing offers technology as a black box. Therefore, it limits users’ learning and generates a form of long-term technological dependence with no visible ways of moving beyond it. All this, while tech giants’ algorithms self-improve by processing the data harvested by companies like Siemens, thus further expanding the technological gap between cloud providers and other firms. As this technological dependence expands vis-à-vis the digital leadership of tech giants, Siemens may keep reducing its own development of MindSphere, relying instead on services accessed directly through tech giants’ clouds.

Siemens is one of the thousands of companies that are basing their digital transition on analytics, database and IoT provided as cloud services by tech giants. As the use of these forms of the platform as a service accelerates — they have the highest growth rate within the cloud infrastructure services market — we may expect the reinforcement of tech giants’ leadership based on expanding technology enclosures. As firms lose their technical autonomy and subordinate to cloud solutions, value transfers in the form of intellectual rents to tech giants paid to use but not really access digital technologies will expand. These rents deepen polarization among firms and, in turn, foster wealth and income inequalities. This scenario points to forms of economic power that elude existing regulatory frameworks.

The European Union’s Digital Markets Act is probably the world’s most advanced digital policy, thus the right place to look for cloud computing regulations. This Act aims to expand the EU’s bargaining power against core platform companies by unifying member states’ digital economy rules and carrying out market investigations at the EU level that may lead to sanctions for non-compliant behavior.

It is still to be seen whether the European Commission will be able to enforce this Act. Its past fines charged to Google for several antitrust cases — Google Shopping (2010), Google’s Android (2015), and Google AdSense (2016) — were never cashed. The European Commission also ruled against Apple and Ireland for illegal state aid through selective tax breaks, but the EU general court annulled the decision.

There is an additional limitation of special relevance for regulating the cloud. Although the Digital Markets Act identifies platforms’ potential role as gatekeepers even when they are not dominant in competition law terms, it remains focused on markets. Core platforms will be fined only if they are found to be market gatekeepers. For instance, if they systematically privilege their own products and place third-party ones in lower positions in customers’ searches on their platforms.

The term “cloud” appears only 14 times in the 193-page latest provisional public version of this legislation. The cloud is only introduced as an example of a platform with potential market gatekeepers. Not a word is said about how Amazon, Microsoft, and Google operate this business, expanding their knowledge appropriation while subordinating other organizations. These giants are not only market gatekeepers but also knowledge and information gatekeepers. If the European Commission and its member and other states seriously want to introduce legislation that can counterbalance these firms’ power, this form of gatekeeping must be prevented.

The emergence of private competition, as recognized by European leading corporations, is limited by the tangible capital — in particular infrastructure — intensive nature of the cloud. But even more challenging is the fact that competition is not the best solution for the cloud. Artificial intelligence algorithms sold as services in the cloud self-adjust and learn — thus improving — the more data they process. More competition would come at the expense of efficiency (each algorithm will process less data, thus producing less digital intelligence) and, therefore, potentially lower prices. This is a textbook case of what the economics literature calls a natural monopoly.

Just like other natural monopolies like electricity, accessing computing services on the cloud is becoming crucial for businesses. Yet, unlike electricity, whose main regulatory dimension is tariff regulation, prices are not the most sensitive side of the cloud business but knowledge and information. Since it is impossible to limit digital learning when processing third-party data, corporations should not be the main and certainly not the only cloud providers. On the contrary, a solution could be to build a cloud operated democratically as an international public consortium. This might be one way to effectively tackle global knowledge and information gatekeeping in the digital world. It could also set a precedent for knowledge and information sharing in other fields and set some real limits to monopoly pricing, not just by its direct effects on pricing, but by making codes more available. 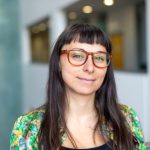