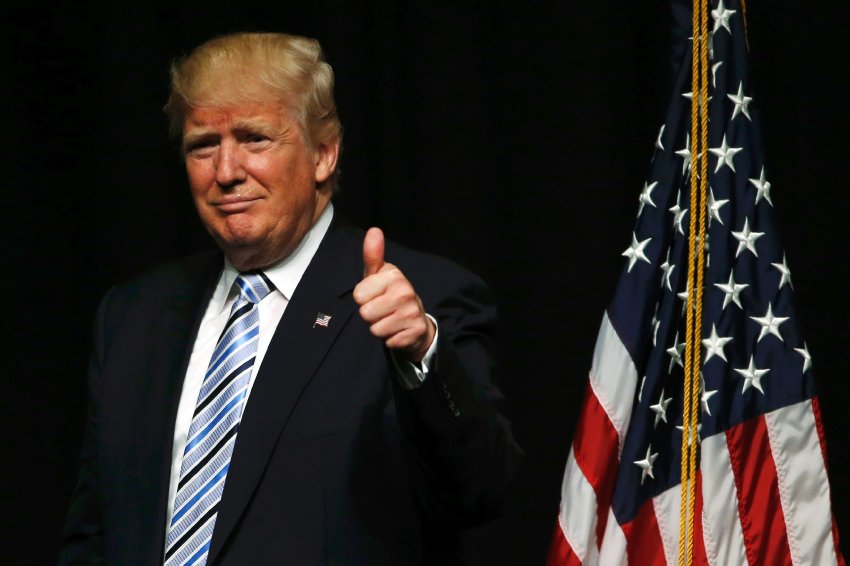 Globalisation was once considered a doctrine of salvation - but it has produced too many losers and created a breeding ground for heralds of simplistic truths. It is high time for a new doctrine.

This column first was published in German on Friday, May 27th 2016 on Spiegel Online

If the polls tell the truth, 86 percent of the Austrian blue-collar workers voted for the right-wing populist Norbert Hofer in the Austrian presidential elections in May. In the presidential elections in France Marine Le Pen would have reached the final round already back in 2012, had it been up to the blue-collar workers. In the US, egomaniac Donald Trump is gaining high shares of votes among the less skilled. And also in Germany many of those inclined to favor the heralds of simplistic truths have one experience in common: They have become losers in the process of globalization or are at risk of becoming losers, be it as workers or members of the middle class which real incomes have often fallen over the last decades.

Perhaps that is precisely the reason why the established parties appear to be so lethargic these days. At latest since the onset of the financial crisis the splendor has vanished from this miracle formula of globalization, which for three decades served as a guiding principle and according to which in case of doubt one just had to further liberalize and globalize in order that in the end everyone would be better off.

Presently doubts prevail as well as muddling through problems in order to eventually reduce some negative impacts of globalization. What is missing is a proper substitute for the crude formula of liberalism. A vacuum has emerged that is ideal for populists who now frightfully shout down anything having to do with the establishment, who then propose erecting walls or simply kicking foreigners out of the country. It is high time for a new paradigm replacing the all-too-simple globalization dogma before it is too late.

The Social Democrats have just parroted the paradigm

Weren’t those the good old days when Margaret Thatcher and Ronald Reagan showed us the way - using sophisticated equations like the Market = always good! Government = altogether foolish! For decades to come, those were the clear directives: When in doubt, abolish regulations and lower taxes — especially for the rich (then conceived of as high achievers). Cuts in government spending are best carried out according to the “lawn mower principle” because a government official is, by definition, unfit to make such a decision. One financial deregulation should be succeeded by the next. Banks should freely be allowed to create new, mind-boggling financial products. Speculating on any goods should be allowed in the free market. And of course, all provision for the future are best to be left up to the individual citizen to take ownership of their life. Expressing it this way sounds more soothing than calling it a dismantling of the social welfare state.

Eventually, all this was parroted as modern thinking even by social democrats all over Europe – and became the basis for relaxed store-opening hours and cuts in unemployment benefits. Or for continued cuts in the funding of public institutions. Primacy of economics. How should an elected politician know what is good for us? Rating agencies and fund managers do a better job at this, it was said. Next, tax evasion became regarded wise investment in “tax havens”, because such competition increases pressures on the governments to reduce taxes and to please the markets. Ever since, elected politicians bite their nails in anticipation of how well “the market” reacts to their program.

In the end, taxpayers pay for financial crises

According to the doctrine, globalization should have led to more prosperity for everyone, to more stable financial markets and to more manageable debts. These are not really the outcomes we are facing now.

Debts have sky rocketed world-wide - if only because whenever there is an increase in stocks and financial values, at the other end someone else has to pay back more if the buyer resells at the higher rate. Since then, more financial crises have emerged for which the taxpayer has had to cover the bill. And in cities like London or Paris, anybody who is not an oil sheik is increasingly having a hard time affording a house or paying rent. Much of what banks do no longer has anything to do with the real economy.

Due to market dogmatism, almost everywhere public spending has been cut so extensively that for years there have been complaints about crumbling bridges, streets and sewer systems, about the gradual decay of public buildings, and about a shortage of policemen, teachers and administrators.

There’s another, even graver, disaster. In his new book Global Inequality, former World Bank economist Branko Milanovic writes that the gap in wealth between the countries has diminished worldwide. Upon closer inspection, however, this is true only to a moderate extent, and mainly due to the Chinese who practice a de facto controlled market economy along with strict capital controls, which runs contrary to the doctrine of salvation. Within countries, Milanovic further explains, almost everywhere the wealth gap has widened so dramatically that it has become politically almost unsustainable.

Between 1980 and 2010, the income of most male full-time employees has foundered in the US, writes Nobel laureate Joseph Stiglitz – although statistically there was an increase of per capita gross domestic product of 75 percent: Meaning that a major portion of Americans today has less than 30 years ago. That was not the original intention. The same is true for the UK. And even for Germany, says Berlin-based economist Marcel Fratzscher: Between 2000 and 2012, the disposable income of “the poorest ten percent shrunk whereas the richest ten per cent were able to gain more than 16 percent in income”.

As colleagues at the German Institute for Economic Research (Deutsches Institut für Wirtschaftsforschung (DIW) have determined, the proportion of medium incomes in Germany has decreased since 1991 – similar to the US. Erosion of the middle class. And today there are far more persons employed who struggle from one job to the next. Which leads us back to Donald Trump, Norbert Hofer, Marine Le Pen and Franke Petry (the leader of Germany’s right wing populists).

Futile attempts at curing the symptoms

The fact that the old guiding principle no longer works is already apparent in political reality. Thus one introduces a minimum wage, as last year in Germany, or attempts to restrict exploitation in labor leasing, and here and there introduces a new regulation for the banks. The hitch is that all these endeavors come across as rather futile attempts at curing symptoms. Moreover, they fall short of replacing the old paradigm. This brings about the perfect settings for populists, making it easier for them to rant about the elites and the media and the politicians and all those up there. At the same time, it does not seem particularly plausible that the major problems of the world could be solved through erecting huge walls along the border between the US and Mexico, or through banning minarets, or dealing with climate change by simply denying it exists. All the ranting about do-gooders will not bring back wealth to the middle class.

To undo the damage of 30 years of excess, it takes a much cleverer new paradigm to remedy the concept of a platitudinous markets solve all problems through an equally platitudinous the state solves all problems. A new template of axioms is required, from which guidelines for correct decisions can be derived — decisions to determine who is in charge of which task, and where we want to go.

In practice this might lead to a New Deal as Viennese economist Stephan Schulmeister suggested in the wake of the recent Austrian presidential elections. An extensive program perhaps, in which the government and its citizens play a far more creative role in tackling the great crises. And in which a more radical reform of the financial world could be coupled with a plan to use freed-up funds for a long-term investment program for the century to come, to restore urgently required services and to launch efforts for saving the climate. Expenditures resulting from these programs could in turn push the economic activity ahead. A new global monetary system would also be part of the new paradigm. And new guidelines as to when globalization makes sense – and in which cases one should better focus on smart regional regulations and idiosyncrasies. There’s still a lot of work ahead.

Anyone who dismisses this is utopian shouldn’t be surprised when their children later ask why they did not take more initiative to stand up intellectually against populists like Donald Trump.

Quite possibly, we are presently witnessing a race to find new grand answers in wake of the failed naive dogma of globalization, about finding answers that convince and even win over the losers – before the hasty heralds of truth win the next election. It’s a race against the spirits of the times.