David E. Weinstein is Carl S. Shoup Professor of the Japanese Economy. He is also the Associate Director for Research at the Center for Japanese Economy and Business (Columbia), Director of the Program for Economic Research (Columbia), Research Associate and Director of the Japan Project at the National Bureau of Economic Research, and a Member of the Council on Foreign Relations. Previously, Professor Weinstein was a Senior Economist and a consultant at the Federal Reserve Bank of New York and at the Federal Reserve Bank of San Francisco and the Federal Reserve Board of Governors. Prior to joining the Columbia faculty, Professor Weinstein was a professor at the University of Michigan and Harvard University. He also served on the Council of Economic Advisors from 1989 to 1990. His teaching and research interests include international economics, macroeconomics, corporate finance, the Japanese economy, and industrial policy. Professor Weinstein earned his Ph.D. and M.A. in Economics from the University of Michigan and his B.A. at Yale University. He is the recipient of numerous grants and awards including four National Science Foundation grants, an Abe Fellowship, and a Japan Foundation Fellowship.

Financial stability, or the lack thereof.

When Banks Fail, the Case of Japan 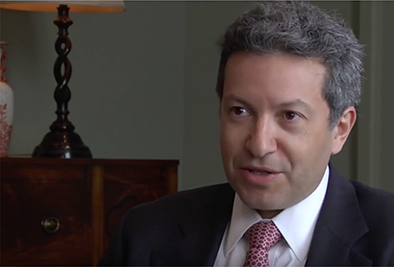