William Janeway: Can China Innovate at the Frontier?

Can China lead the way on innovation?

Institute for New Economic Thinking co-founder William Janeway addressed this question in his keynote speech at the Institute’s conference in Shenzhen, China, on Monday. Titled “The Good Life: The Challenge of Progress in China Today,” the conference explored the key challenges surrounding China’s continued development.

Janeway, author of Doing Capitalism in the Innovation Economy, one of the Financial Times’ best books of 2012, argued that an important challenge will be the transition from “catch up” innovation to innovating at the frontier, since the economics of innovation are very different at the frontier than for followers who are striving to catch up.

“For those nations following the innovative leader, the path is clear,” Janeway said. “Mercantilist policies of protection and subsidy have been the effective instruments of an economically active state motivated by the forced need to sponsor accelerated economic development.” Examples of this type of success go back hundreds of years, including the United States’ own efforts to catch up with the United Kingdom throughout the 19th century.

But for those seeking to lead the way on innovation, a position China will soon be thrust into due to its economic success, the path to success is much more difficult. “At the frontier, economic growth has been driven by successive processes of trial and error and error and error,” Janeway said. This means that “innovation at the frontier depends on sources of funding decoupled from concern for economic value,” because “at the frontier, calculation of the net present value of the expected future cash flows from investment in innovation range from highly uncertain to simply unavailable.” This radical uncertainty at the frontier is a very different proposition than the type of catch-up innovation China is used to.

So can China take the lead? Download the speech below to see what Janeway has to say about the key barriers to success and how China can overcome them! 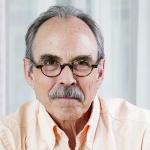