Why is economic sense so often morally appalling?

what is economically correct must always be balanced with what is morally right.

On September 29, 2010, Gene Crannick’s home in Obion County, Tennessee, burned down. The Crannicks lost all of their possessions in the blaze and their pets died, but the family was unharmed. The firefighters called to put the fire out refused to fight the blaze because Gene Crannick hadn’t paid a $75 (€56) annual fee.

The tiny, rural Obion County does not have a countywide firefighting service. A private company offers coverage to rural residents for a fee. Mr Crannick hadn’t paid the fee. So they let his house burn down. In fact, the only reason the firefighters were there at all was to ensure that Mr Crannick’s neighbor’s house was unharmed. The neighbor had paid the fee.

A poll conducted by NBC right after the house burned down showed 75pc of nearly 300,000 respondents believed the firefighters should have helped the Crannick family. Only 22pc believed the fault lay with Mr Crannick for not paying the subscription.

Before I go on: ask yourself, if you were in charge of the firefighting team, what would you have done? Would you have let the house burn? Or would you have allowed Mr Crannick to free ride on the subscription payments of others?

The Crannicks’ tragedy is a case study that allows us to examine where the State should stop. It is vital that we have this debate in Ireland today.

The policy in this case was, in my view, morally wrong but economically correct. The annual subscription helped keep costs of running the fire department low and avoided imposing yet another tax on households. There was also a clear inequity between urban residents of Obion County and rural residents, because the urban residents had access to firefighting services.

Now we move from rural Tennessee to Western Australia.

The state of Western Australia is in deep fiscal trouble, with debt projections putting it $87bn (€60bn) in the red by 2022, in danger of losing its credit rating and suffering as a result of an economic downturn. It needs to make a $6.8bn (€4.6bn) adjustment from 2012 to 2016 to get back on track.

The policy the leaders of Western Australia are adopting should be well known to Irish Independent readers: a large decrease in government expenditure combined with a steep increase in taxes. They’re doing austerity down under.

There is a further Irish connection. Thanks to our own downturn, Australia has been hoovering up many of our best and brightest, who have emigrated there on ‘457’ visas in search of better lives.

These visas exist to bring skilled workers from abroad, and their families, to largely rural areas to satisfy a local demand for those skills. There are 4,070 Irish workers in Western Australia on ‘457’ visas, which are good for four years.

The ‘457’ visas plan has been a success, but not from the point of view of those who provide educational services on behalf of the state. In 2005, only 290 children from ‘457’ families went to public Western Australia schools. Today that number is 8,600. The school system has also been whacked with a homegrown baby boom from the middle 2000s. Schools are struggling to cope.

So if, like Irish woman Claire Chambers Calvey, you are in Western Australia on a ‘457’ visa and you have four children in school with a fifth about to start, you’ve just been landed with a $20,000 (€13,700) bill, due next year.

The government of Western Australia has effectively levied a new tax on ‘457’ workers and the businesses that hire them. The government claims it costs more than $15,000 (€10,280) to educate each child per year, and that Australia’s schools are there for Australian children.

The ‘457’ families are being asked to make a contribution towards the cost of educating their children. The economic case is pretty open and shut from the point of view of the government, but is it morally correct? From the perspective of the wider Australian economy, would driving ‘457’ workers away because of this charge make sense to save only $17m (€11.6m)?

Can you see the similarities between the Crannick and Chambers Calvey stories? Cash-strapped local administrations have chosen to limit access to, or cover the cost of, a service by imposing a charge. Both Mr Crannick and Ms Chambers Calvey want to access services that we would normally assume are provided free, or nearly free, because of the moral obligation on a just society to provide them.

Here are two examples where the budget constraints of the state – mixed with the ideology of those who make the rules, no doubt – change the likelihood of some people accessing those services.

In Ireland we are thinking about limiting access to services for children with intellectual disabilities who are leaving school.

The services are being curtailed because of cuts. The lessons are clear: what is economically correct must always be balanced with what is morally right. 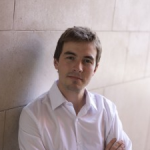