What is Economic Success?

“You are now leaving the world as you know it.”

That was the banner that greeted guests to the Global Economic Symposium (GES) at the Atlantic Hotel in Kiel, Germany on October 1-2. The Institute for New Economic Thinking, the Kiel Institute for the World Economy, and the GES came together to produce a “solutions-oriented” and “research-based” conference aimed at redefining the way economics (and economists) measure success on crucial societal issues, from environmental and sustainability questions to poverty and inequality. Academics, business leaders, and practitioners from all over the globe came in the hopes of promoting new ideas for how to create a more equitable and responsible society without falling back on the old dogma of “economic growth” as the monolithic answer to the world’s prayers.

In that vain, the sessions featured religious leaders, neuroscientists, linguists, and others once considered outside the purview of the economic sphere but who are now helping economists perceive the world through a new, more inclusive lens.

“Economics, Intersubjectivity, and the Crisis of the Future” brought philosophical questions and cutting edge research in psychology to pierce some of the very foundations of prevailing economic doctrine. Notable figures as Matthieu Ricard, Tania Singer, and George Lackoff expounded on the possibility of moving “beyond individualism” and toward weaving a social fabric of inclusivity and shared responsibility. Highlighting the Institute’s new push for nuanced economics education, panels were held on how to bring these questions to the next generation of young economists by changing the way the discipline is taught in universities across the globe.

Following a day of panels and breakout sessions, the discussions flowed into two different dinners. At one, representatives of the Protestant, Catholic, Jewish, Muslim, and Buddhist faiths grounded our lofty academic discussions by reminding the attendees about the universal underlying values and principles for which mankind can strive. Despite their divergent religious beliefs, all agreed that the golden rule (“Do unto others as you would have done to you”) could serve as a guiding principle for humanity. And they reminded us that the most important measures of success were not material. Instead that can be found inside ourselves and in the happiness of those around us.

The other dinner confronted new ways of “Dealing with Complexity,” first by understanding the origins of complexity and how it works, and then by discussing methods of solving complex problems. Talking to experts from fields ranging from neuroscience to banking and sociology made clear how complexity is infused in every layer of the economy, from individual decision making to the euro crisis, thereby sweeping away the traditional distinction between macro and microeconomics. The sheer scale of interdependence and the degree of uncertainty make finding solutions to the issues raised during the conference potentially even more complex than once thought.

The final day brought debates on the future of sustainability, the new “economy of nature,” and the drawbacks and virtues of various schemes to promote growth and equality. This all lead to the final question: “Where do we go from here?”

While there were no easy solutions offered, the conference managed to end on a positive note. Even in the midst of a government shutdown in the United States, chemical warfare raging in Syria, and a fiscal and monetary crisis in the European Union, the panelists felt encouraged by the next generation’s focus on the collective good over individual greed, the increasing inclusion of women in the economic and political spheres, and the potential for greater compromise in the future.

Upon re-entering “the world as we know it,” one could only hope that the vigor with which the topics had been discussed over the previous two days will translate into the implementation of the solutions proposed. It was encouraging to meet so many inspiring leaders from different backgrounds all working together to try to find common solutions to the world’s most pressing problems. 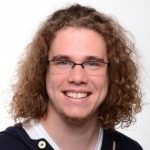