We Are Greg Mankiw… or Not?

Amid mass unemployment and economic turmoil, instructors who lecture on the superiority of free markets without acknowledging the dysfunction in the wider economy are at risk of appearing out of touch
and exacerbating antipathy towards economics.

On Nov. 2 nd, a group of students in Harvard University Ec10, the introductory economics class taught by Greg Mankiw, staged a walk-out. In an open letter, the students lambasted Greg’s course and his textbook for “espous[ing] a specific – and limited – view of economics that we believe perpetuates problematic and inefficient systems of economic inequality in our society today…..There is no justification for presenting Adam Smith’s economic theories as more fundamental or basic than, for example, Keynesian theory.”

I am sure that many of us who have taught introductory economics or who have written an intro economics textbook (a much smaller subset, and I fall into both) felt a pang of sympathy for Greg when we heard about the walk-out. If you have ever faced a large lecture hall of restive intro econ students, or coped with a voluble student with an ax to grind, you can feel some solidarity: we are Greg Mankiw too.

But just how far should that sympathy extend? Is Mankiw simply the target of fuzzy-minded youth who are more intent on making a statement than engaging in reasoned inquiry? Or, is Mankiw – and much of the profession, for that matter – getting a needed reality check about the need to re-orient the way we teach economics?

First, let me say what this essay is not. It is not an attempt to promote my textbook over Mankiw’s nor an exercise in partisan jousting. I don’t find a walk-out a useful way to communicate displeasure with an instructor – better to invite him or her to a friendly debate with opposing views. This essay is not a critique of Mankiw’s teaching approach: I was not there to witness it, and every instructor will differ in political preferences and emphasis. And neither will this essay advocate a root-and-branch re-think of how to teach introductory economics for both pedagogical and practical reasons. I consider standard microeconomics to be an invaluable introduction to how to reason about the allocation of scarce resources. Moreover, most intro econ instructors are stretched far too thin to contemplate a wholesale revision of their courses.

But what I will say is this: something is shifting out there, and we ignore it at our peril. It would be very easy to dismiss the student walk-out as an exercise in intellectual laziness and grandstanding. (After all, as many have pointed out, Keynesian models can’t be taught until second semester of Harvard Ec10.) But perceptive instructors know that sometimes a stupid question is more than a stupid question. And a really perceptive instructor will take a seemingly stupid question and turn it into the insightful question that the student should have asked.

Right now the general public views the economics profession with a large measure of distrust and in some cases outright contempt. Students are entering the worst job market in well over a generation, without much prospect of improvement. Many of them have seen their parents’ lives turned upside down by financial troubles. They face being members of the first generation in American history with a lower standard of living than their parents. Income inequality has reached levels not seen since the Gilded Age. There are over 4 million long-term unemployed.

In this environment, instructors who lecture on the superiority of free markets without acknowledging the dysfunction in the wider economy are at risk of appearing out of touch and exacerbating antipathy towards economics.

But how does an instructor do this in an introductory economics? I think it’s largely a matter of shifting our perspective to let go of the certainties that were part of our economic training and admit to the painful economic uncertainties that many Americans now inhabit. Here are four ways to help bring that shift to the classroom:

Provide Context. Compared to past years, instructors need to acknowledge the limits of free markets earlier in their courses. Students should understand the difference between the conceptual importance of free markets and their real world limitations. Explain that much of the current economic distress arises from markets that don’t behave competitively — the labor and financial markets.

Build Trust. Trust is built when the instructor compensates for the one-sided nature of the relationship by treating students’ viewpoints with respect. And this is where the art of the perceptive instructor is most likely to be needed. For example, to the microeconomics student who protests that Keynes and Adam Smith should be given equal time, respond that the issue boils down to why some economists believe that the labor market doesn’t always clear while others believe that its does. Then take a few minutes to discuss each side of the debate. Yet, also make clear that valuable class time won’t be wasted on debating viewpoints that are contradicted by the data.

Address Distributional Issues. The dramatic rise in U.S. income inequality compels us as instructors to address it. While international trade and educational differences have clearly contributed to some of the rise, it’s clear that they are only partial explanations: they can’t explain the explosion of income gain at the top 1% of the income distribution, and particularly at the top 0.1%. We shouldn’t extol the benefits of markets while ignoring today’s highly skewed distribution of the benefits. While there is no single definitive explanation, there are many factors that are feasible topics in class: moral hazard and the setting of CEO compensation, the decline of countervailing forces such as unions and higher marginal tax rates at the top end, deregulation, asset bubbles and the financialization of the U.S. economy. And then discuss: to what extent is the level of income inequality a legitimate policy target?

Finally, Adopt Some Humility. It’s true that those of us who weren’t in the business of teaching Gaussian pricing formulas for CDO’s or touting the benefits of homeownership via sub-prime mortgages aren’t directly responsible for the economic mess we’re in. But in the eyes of many students we are culpable to the extent that we dismiss the need for some re-think of the deference accorded to free markets in how we teach economics as applied to the real world. Again, I want to emphasize that we make the distinction between communicating the importance of free markets as an intellectual building block and the frequent mis-use of free market concepts when it comes to making real world policy choices. Lastly, in a world of liquidity-trap macroeconomics, soaring income inequality and an exploding Eurozone, we are going to have to admit that there are areas in which the profession just doesn’t know what the right answer is.

And remember, there is such a thing as a first-mover advantage. So schedule a teach-in before your classroom is occupied. 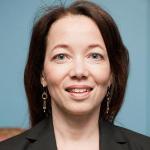