Waiting for the Chinese Bear Stearns 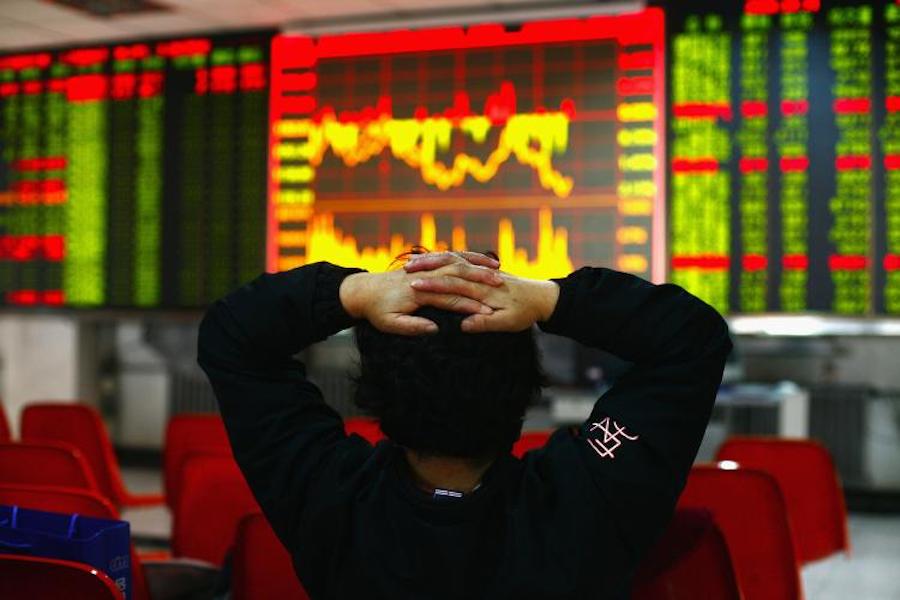 ‘What a difference a decade makes’, mused Mark Carney, the head of the Financial Stability Board (FSB), in a recent speech. Carney was measuring, and applauding, regulatory progress since shadow banking brought Bear Stearns down in March 2008 and Lehman Brothers six months later, and since 2013, when he warned that shadow banking in developing and emerging countries (DECs) was the threat to global financial stability. A lot has changed since.

Shadow banking is no longer used pejoratively. The IMF recently noted that DEC shadow banking ‘might yield greater efficiencies and risk sharing capacity’. In scholarly and policy literature, DEC shadow banking is portrayed as an activity confined by national borders, connected closely to banks that move activities in the shadows, circumventing regulation or financial repression, complementary to traditional banks that underserve (SME) entrepreneurs, be it because of market imperfections or the priorities of the developmental state (China). Another C is relevant for China: constructed by the Chinese state as a quasi-fiscal lever. After Lehman, China’s fiscal stimulus involved encouraging local governments to tap shadow credit, often from large state-owned banks, through Local Government Financing Vehicles. Yet systemic risks pale in comparison to those that gave us the Bear Sterns and Lehman moments, since (a) complex securitization and wholesale funding markets are (still) absent and (b) DECs have preserved autonomy to design regulatory regimes proportional to the risks posed by shadow banks important to economic development. At worst, DECs may have to backstop shadow credit creation, just like high-income countries did after Lehman’s collapse.

The ‘viable alternative’ story has one shortcoming. It stops short of theorizing shadow banking as a phenomenon intricately linked to financial globalization. In so doing, it misses out a recent development. The global agenda of reforming shadow banking has morphed into a project of constructing resilient market-based finance that seeks to organize DEC financial systems around securities markets. The project re-invigorates a pre-crisis plan designed by G8 countries—led by Germany’s central bank, the Bundesbank—together with the World Bank and the IMF, to promote local currency bond markets, a plan that G20 countries endorsed in 2011. As one Bundesbank official put it then: “more developed domestic bond markets enhance national and global financial stability. Therefore, it is not surprising that this is a topic which generates an exceptional high international consensus and interest even beyond the G20.”

Deeper local securities markets, it is argued, would (a) reduce DEC dependency on short-term foreign currency debt by (b) tapping into growing demand from foreign institutional investors and their asset managers while (c) expanding the investor base to domestic institutional investors that could act as a buffer, increasing DEC’s capacity to absorb large capital inflows without capital controls; and (d) reduce global imbalances, since large DECs (for example, China and other Asian countries) would no longer need to recycle savings in U.S. financial markets. Everyone wins if DECs develop missing (securities) markets.

Despite paying lip service to the potential fragility of capital flows into DEC securities markets, this is a project of policy-engineered financial globalization. The key to understanding this is in the plumbing. Plumbing, for building and securities markets, holds little to excite the imagination. Until it goes wrong.

The plumbing of securities markets refers to the money markets where securities can be financed. According to the International Monetary Fund (IMF) and the World Bank: “the money market is the starting point to developing… fixed income (i.e. securities) markets.” The institutions refer to a special segment, known as the repo market. Repo is the “plumbing” that circulates securities between asset managers, institutional investors, market-making banks and leveraged investors, “greasing” securities’ liquidity (ease of trading). It allows financial institutions to borrow against securities collateral and to lend securities to those betting on a change in price. This is why international institutions, from the FSB to the IMF and World Bank, have insisted that DECs seeking to build resilient market-based finance need to (re)model their repo plumbing according to a ‘Western’ blueprint. The official policy advice coincides with the view of securities markets’ lobbies, as expressed, for instance, by the Asia Securities Industry and Financial Markets Association, in the 2013 India Bond Market Roadmap and the 2017 China’s Capital Markets: Navigating the Road Ahead.

The advice ignores economist Hyman Minsky’s insights on fragile plumbing (and the lesson of the Bear Sterns and Lehman moments). Minsky was deeply interested in the plumbing of financial markets, where he looked for signs of evolutionary changes that would make monetary policy less effective while sowing the seeds of fragile finance. Fragility, he warned, arises where:

‘the viability of loans mainly made because of collateral, however, depends upon the expected market value of the assets that are pledged … . An emphasis by bankers on the collateral value and the expected values of assets is conducive to the emergence of a fragile financial structure’

Western or classic repo plumbing does precisely that. It orients (shadow) bankers towards the daily market value of collateral. For both borrower and lender, the daily market value of the security collateral is critical: the borrower does not want to leave more collateral with the lender than the cash it has borrowed, and vice-versa. This is why repo plumbing enables aggressive leverage during good times—when securities prices go up, the borrower gets cash/securities back, and can borrow more against them to buy more securities, drive their price up etc. Conversely, when securities prices fall, borrowers have to find, on a daily basis, more cash or more collateral.

Shadow bankers live with daily anxieties. One day, they may find that the repo supporting their securities portfolios is no longer there, as Bear Stearns did. Then they have to firesale collateral, driving securities’ prices down, creating more funding problems for other shadow bankers until they fold, as Lehman Brothers did. It was such destabilizing processes that prompted the FSB to identify repos as systemic shadow markets that need tight regulation in 2011. Since then, regulatory ambitions to make the plumbing more resilient have been watered down significantly, as the global policy community turned to the project of constructing market-based finance.

Paradoxically, when the Bundesbank advises DECs to make (shadow) bankers more sensitive to the daily dynamic of securities markets, it ignores its own history. Two decades ago, finance lobbies pressured the Bundesbank to relax its strong grip on German repo markets. The Bundesbank resisted because it believed only tight control would safeguard financial stability and monetary policy effectiveness. Eventually, the Bundesbank abandoned this Minsky-like stance because it worried other Euro-area securities would be more attractive for global investors.

Since the 1980s, the policy engineering of liquid securities markets has been a project of promoting shadow plumbing, first in Europe and the U.S., now in DECs. Take China. Since 2009, Chinese securities markets have grown rapidly to become the third largest in the world, behind the US and Japan. Such rapid growth reflects policies to re-organize Chinese shadow banking into market-based finance, driven by a broader renminbi (RMB, China’s currency) internationalization strategy that views deep local securities markets as a critical pillar. The repo plumbing of Chinese securities markets expanded equally fast, to around US$ 8 trillion by June 2017. Chinese plumbing is now roughly similar in volumes to European and US repo markets, when in 2010 it was only a fifth of those markets. Since then, Chinese (shadow) banks increased repo funding from 10% to 30% of total funding.

Yet China’s repo is fundamentally different. Legal and market practice there does not force the Chinese (shadow) banker to care about, or to make profit from, daily changes in securities prices. Without daily collateral valuation practices, the “archaic” regime makes for patient (shadow) bankers and more resilient plumbing. This is the case in most DEC countries.

The pressure is on China to open repo markets to foreign investors and to abandon “archaic” rules if it wants RMB internationalization. While China may be able to resist such pressures, it is difficult to see how other DECs will. The global push for market-based finance prepares the terrain for organizing international development interventions via securities markets, as suggested by the growing popularity of green bonds, bond markets for infrastructure, impact investment and digital financial inclusion approaches to poverty reduction. After all, the new mantra is “development’s future is finance, not foreign aid.”

In sum, the shadow-banking-into-resilient-market-based-finance agenda seeks to define the terms on which DEC countries join the global supply of securities. It silently threatens the monetary power of DEC countries to manage capital flows and the effects of global financial cycles, a hard-fought victory to weaken the political clout of what Jagdish Bhagwati termed the “Wall Street–Treasury complex” that successfully pressured DECs to open their capital accounts. This policy-engineered financial globalization seeks a clean break from “policy-engineered industrialization” that involved capital controls, bank credit guided by the priorities of industrial strategies and competitive exchange rate management. Instead, it seeks to accelerate the global diffusion of the architecture of U.S. securities markets and their plumbing, despite well-documented fragilities and contested social efficiency. Questions of sustainability, credit creation and growth should not be left to securities markets. Carefully designed developmental states, historical experience suggests, work better.

This is a short version of the article Goodbye (Chinese) shadow banking, hello market-based finance, published by Development and Change in a special issue on Financialisation and economic development, edited by Servaas Storm. The author thanks INET for generous funding under the grant Managing Shadow Money. 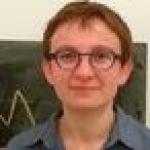