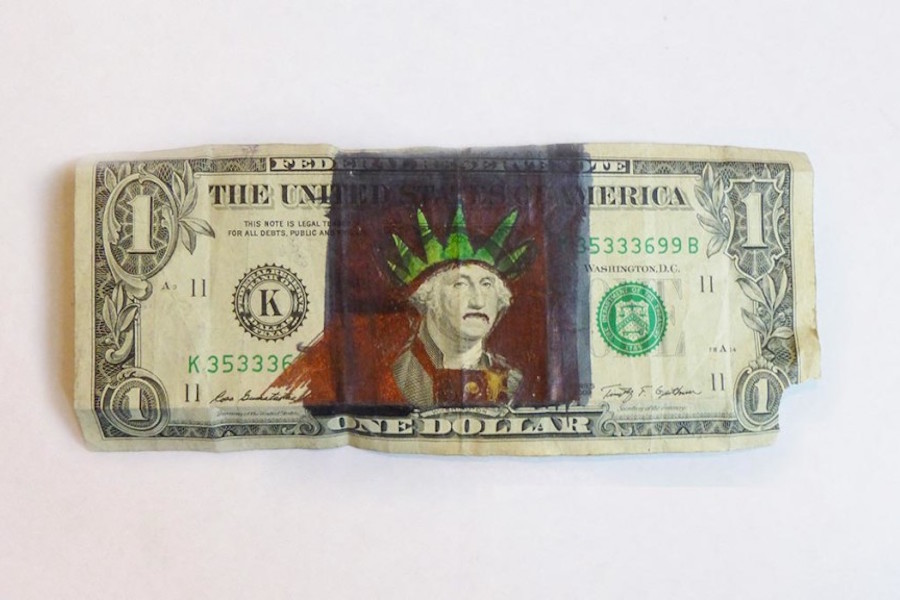 Many Americans have expressed outrage over Pfizer’s plan, through its merger with Allergan, to move its tax home from the United States to Ireland. Now, in a New York Times op-ed, Carl Icahn, the billionaire corporate raider turned hedge fund activist, has joined the chorus. He labels the Pfizer-Allergan deal a “travesty,” blaming the U.S.’s “uncompetitive international tax system.”

The purpose of Icahn’s article is to promote a proposal by Sen. Chuck Schumer, D-NY, and Sen. Rob Portman, R-OH, to lower the U.S. tax rate on profits that U.S. companies repatriate from abroad, from 35% to 10% or lower. U.S. corporations are holding $2.6 trillion beyond our borders, waiting for a tax break before bringing the money home. The proposal, according to Icahn, would generate an estimated $200 billion in federal tax revenues on those holdings. That, he says, “would allow companies to reinvest the nontaxed portion in the United States, creating thousands of jobs.” That does not sound like too much job-creation bang for $2.6 trillion in repatriated bucks, but don’t believe for a moment that job creation is what Icahn has in mind. All the evidence says that the proposed Schumer-Portman tax break on repatriated profits would be used to further enrich people like Icahn, who make their fortunes by extracting value from companies, not by creating value in them.


We’ve seen this movie before. In 2003, the Bush Administration pushed through the Homeland Investment Act, which provided a one-year-only tax break on repatriated profits, with the stipulation that these profits had to be used in the U.S. for investments that create jobs. U.S. corporations responded by bringing back $299 billion in profits in 2005, compared with an average of $62 billion from 2000 to 2004 and a subsequent decline to $102 billion in 2006.

The Homeland Investment Act expressly prohibited the use of these repatriated profits to pay dividends or do stock buybacks. Yet an academic study found that “rather than being associated with increased expenditures on domestic investment or employment, repatriations were associated with significantly higher levels of payouts to shareholders, mainly taking the form of share repurchases.” The researchers estimated that for every $1 increase in the amount repatriated in 2005, the companies increased distributions to shareholders by $0.60 to $0.92, mainly as repurchases. The companies sidestepped the intent of the Act by claiming that domestic funds, not the repatriated profits, had been used for the increased payouts to shareholders.

As I argued in my Harvard Business Review article “Profits Without Prosperity,” U.S. corporate executives have become addicted to buybacks. From 2005 to 2014, 458 S&P 500 companies expended $3.7 trillion on stock buybacks, representing 52.5% of net income, plus another 35.7% of net income on dividends. These companies held much of the remaining 11.8% of profits abroad, sheltered from U.S. taxes. FactSet Research calculates that in the 12 months ending with September 2015, S&P 500 companies spent 64.6% of net income on buybacks, with 130 companies spending more than 100% — both record numbers since the 2008–2009 financial crisis.

As for Icahn…he may be trying to sell the Schumer-Portman plan by positing that some $2.6 trillion in repatriated profits will create “thousands of jobs,” but I believe what really excites him is the prospect that companies in which he holds shares will have billions of dollars more of “free” cash flow for buybacks and dividends. Of greatest concern for Icahn is Apple, a company in which he holds shares valued at about $5.8 billion. The hedge fund activist wants Apple to double its stock price, with massive buybacks as the lever. Indeed, with Icahn’s urging, over the past three fiscal years Apple did $103 billion in buybacks along with distributing $33.3 billion in dividends. At the end of fiscal 2015 (September 26), Apple had $187 billion in liquid assets abroad, up $50 billion from a year earlier. Yet with all its foreign cash, Apple borrowed over $62 billion in 2013–2015 to do buybacks rather than repatriate its profits and pay U.S. taxes.

Which brings us back to Pfizer, the pharmaceutical drug company that has provoked the new round of patriotic denunciations of corporate tax flight. Pfizer’s CEO, Ian C. Read, has justified the corporate change of address from New York City to Dublin by complaining that U.S. tax policy puts his company at “tremendous disadvantage” in international competition. “We’re fighting,” Read told The Wall Street Journal, “with one hand tied behind our back.”

I have shown, however, that if Pfizer is handicapped, it is because since 1985 the company has distributed 113% of net income to shareholders. Since 2011, Read’s first full year as CEO, Pfizer has expended $44.2 billion on buybacks and $31.2 billion on dividends — together representing 121% of net income — while provisioning $16.2 billion for income taxes, much of which are charges for possible future repatriations of profits and hence taxes that may never actually be paid. As I have detailed elsewhere, Pfizer’s business model is to merge with companies with proven blockbuster drugs, and then, with drug prices in the U.S. that are at least twice as high as anywhere else, generate revenues until the patents run out — all the while devoting all the resultant profits and more to “enhancing shareholder value.”

Given their financial behavior, major U.S corporations do not need tax breaks. Before Congress capitulates to Icahnic moans that the U.S. international tax system is depriving the super-rich of their next billion dollars, it should focus its attention on how U.S. corporations have been abusing the profits that are generated at home. Vice President Joe Biden, Sen. Tammy Baldwin, Sen. Elizabeth Warren, Sen. Bernie Sanders, and Democratic presidential hopeful Hillary Clinton, among others, have recognized that stock buybacks manipulate the market and leave most Americans worse off. U.S. citizens need policy makers committed to bringing under control the greed that runs rampant in the C-suite and on Wall Street.