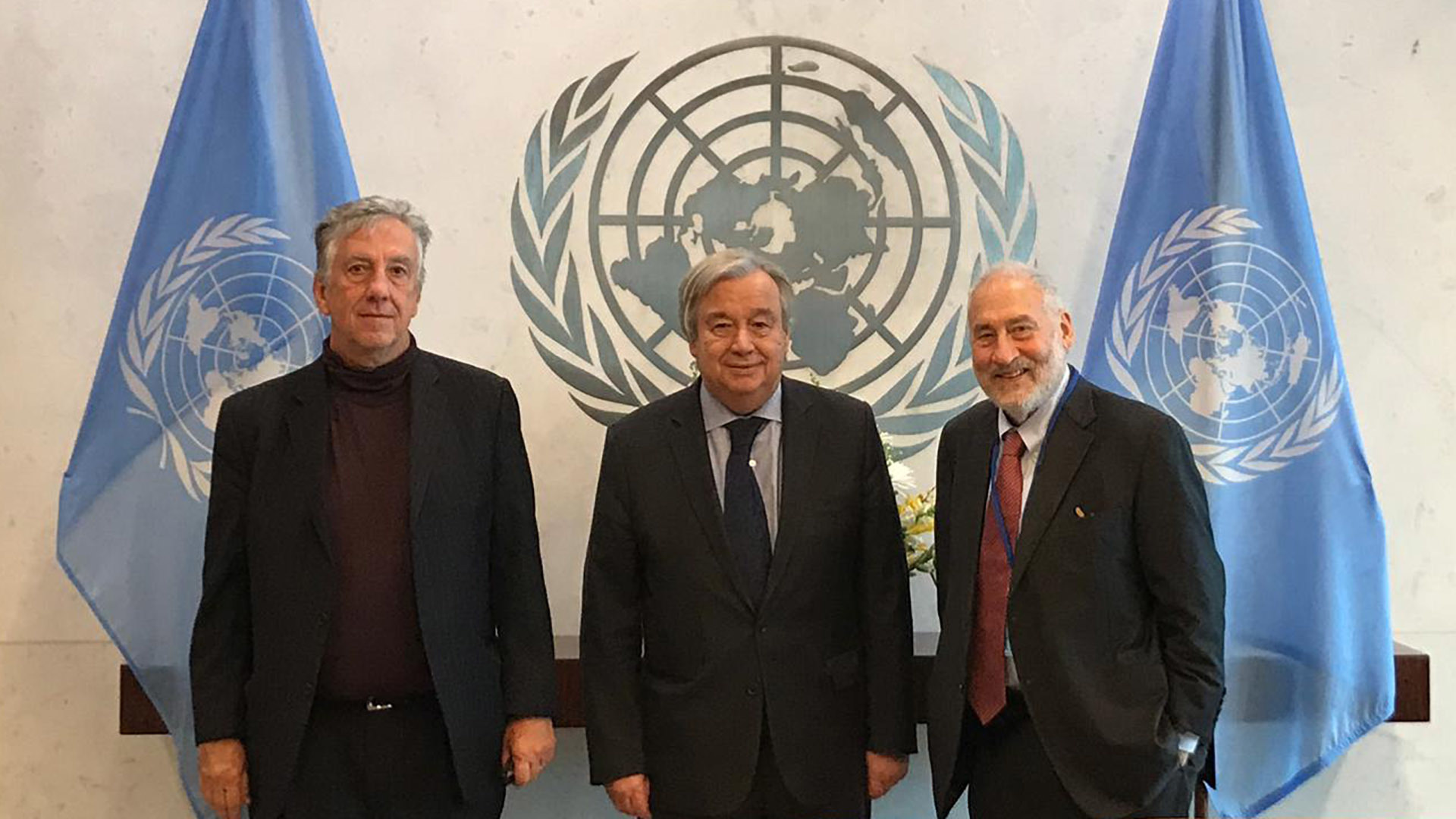 The Secretary-General, who has also served as Prime Minister of Portugal and U.N. High Commissioner of Refugees, outlined five key areas on which his office and CGET will cooperate: inequality, education, climate change, digital cooperation and technology, and new forms of multilateralism.

Inequality, in particular, is potentially a strong point of collaboration between CGET and the U.N. Inequality is one of CGET’s founding focus areas, and the Secretary-General has called tackling inequality his number one priority. Ensuring an equitable globalization so that its benefits are shared with everyone is at the core of CGET’s mission. The Secretary-General mentioned that to tackle growing inequality, there is a need to increase government capacity in Africa, a region that will have a prominent role in CGET’s work.

CGET Commissioners and the Secretary-General are also both focused on the role of education. The Secretary-General and INET discussed concerns many economists have raised that technological change may not necessarily create the right jobs for people whose previous professions no longer exist. Replicating the East Asia growth model will not be possible, due to increased automation and the development of artificial intelligence. However, investment in education is one area of that model that countries should replicate.

Climate change—a core priority for CGET— is also an area of agreement with the U.N.’s agenda. The Secretary-General identified several issues that are crucial to tackling it quickly and effectively: regulatory frameworks, carbon pricing, and a new global economic model that incorporates the true cost of a rise in global temperatures. The Secretary-General and CGET Commissioners discussed how governments have to speed up tackling climate change in order to avoid catastrophic consequences for all of humanity.

The Secretary-General informed CGET about the creation of a high-level U.N. panel on digital cooperation that will address artificial intelligence and the effect of technology on labor markets and social safety nets. CGET is currently exploring aspects of digital cooperation, technology, artificial intelligence and automation, and will address these areas in its final report.

Multilateralism and globalization were also naturally important topics of discussion, as both the U.N. and INET/CGET are responding to and analyzing the rise of populist nationalism across the world. The Secretary-General and CGET Commissioners discussed how globalization in itself is not the solution; new and strengthened forms of cooperation among different multilateral organizations are needed to avoid the collapse of the global order.

In the coming months, CGET and the Secretary-General’s office will collaborate on many of these issues, sharing strategy and resources to build a stronger, more equitable global economy.