Trump Election and the Future of U.S. Global Leadership 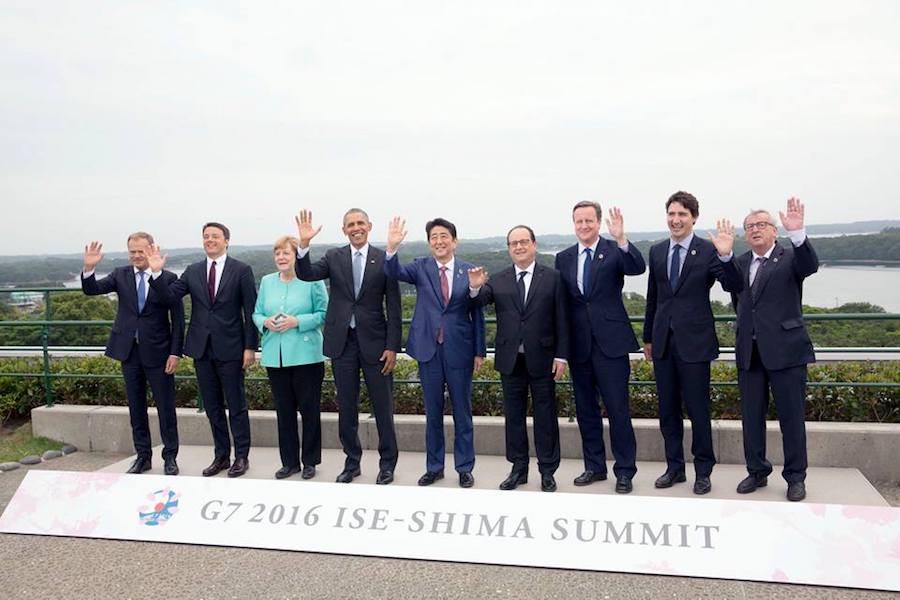 Surviving the geopolitical and economic challenges of the coming years requires a world order less vulnerable to the vagaries of U.S. elections

BEIJING – Donald Trump’s election has been greeted around the world with justifiable bewilderment and fear. His victory – following a fact-free, vicious election campaign – has trashed the brand of American democracy. But, while Trump is impulsive and occasionally vindictive – a potentially fatal mix in an already fragile world – his election should be a spur to challenge failed ideas and to move beyond excessive reliance on the United States’ inevitably imperfect global leadership.

In many policy areas, what Trump will actually do is unknowable: therein lies the risk. But in the case of economic policy, one thing is clear: fiscal policy will be loosened. The exact form of the stimulus will likely be inefficient and regressive: big tax cuts for the rich will exacerbate the inequality that helped fuel Trump’s success. And his infrastructure spending plans – based on investment tax credits – may have only limited impact.

But the direction of the policy shift – from monetary to fiscal stimulus – makes sense. Across the developed economies, the prevailing policy mix for the last six years – fiscal tightening and ultra-easy monetary conditions – has resulted in mediocre income growth but big wealth increases for the already rich. If Trump’s fiscal stimulus provokes a policy rethink elsewhere, some benefit will result.

On trade policy, meanwhile, the risks are probably lower than they appear at first glance. If Trump really did keep his campaign promises to revise the North American Free Trade Agreement and impose tariffs on many Chinese imports, he could tip the world economy from subpar growth to outright depression. But a pragmatic version of “America first,” focused on achieving re-election in 2020, is more likely to mean some largely symbolic measures (such as antidumping tariffs on some Chinese steel imports) and abandonment of further trade liberalization initiatives such as the Trans-Pacific Partnership and the Transatlantic Trade and Investment Partnership.

If that is the extent of Trump’s protectionism, any resulting harm to the global economy will be slight. While trade liberalization from 1950 to 2000 helped drive global growth, the marginal benefits of further liberalization are small. In fact, the policy focus should have switched at least a decade ago to the adverse distributional consequences that can result from globalization. If Trump’s election stimulates a more thoughtful approach to trade liberalization, it may deliver some benefit in this area, too.

So the impact of Trump’s election on the US and global economy might be mildly positive, at least in the short term. It is his administration’s potential impact on global politics and the natural environment that should worry us far more. Other countries will have to provide the leadership which America will not – and stand up to the US where necessary.

Few of Trump’s campaign comments can be described as insightful and fair, but he had a point when he suggested that Europe cannot rely on America to defend it if it remains unwilling to make a fair contribution to military capability. America spends close to 4% of its GDP on defense, and accounts for some 70% of total military spending by all NATO members. Most European countries fail to meet the Alliance’s 2%-of-GDP target for defense spending, but still expect America to provide security guarantees against, for example, Russian adventurism. A credible commitment by the United Kingdom, France, and Germany to increase defense spending not just to 2% but to 3% of GDP, would at least reduce the dangerous imbalance at NATO’s core.

Trump’s promise to tear up the Iran deal, by contrast, is an irresponsible and dangerous threat to world peace, which would only strengthen the hand of Iranian hardliners. But this was not a US-Iran deal; it was negotiated by six leading powers and endorsed by the United Nations. Those powers should make it clear that they will not re-impose sanctions, and that any US attempt to impose its will through extraterritorial measures – say, using access to dollar clearing systems as a foreign-policy tool – would be countered by coordinated action. For the UK in particular, this may require a willingness to disagree head-on with US foreign policy in a way that some devotees of our “special relationship” will find uncomfortable.

As for climate change, the election of a man who purports to believe global warming is a Chinese hoax created to damage American business is clearly bad news. But global momentum to tackle climate change can and must be maintained. The plummeting price of renewables will drive business investment in low-carbon power, whatever the US does. Moreover, China’s increasingly strong commitment to limit and then reduce its emissions is more important than any American backsliding, and Germany’s ability to combine stunning export success with rapid growth of renewables proves the absurdity of the claim that building a low-carbon economy threatens competitiveness.

In the US, too, policies in individual states such as California will drive technological progress, regardless of the federal government’s approach. And the steady accumulation of incontrovertible evidence that global warming is real may slowly align the balance of US political opinion, and perhaps even Trump’s opinion, with the clear majority of Americans who believe that climate change is a major problem. The rest of the world should redouble its commitment to the 2015 Paris climate agreement: global climate policy does not have to depend on what one US president currently says he thinks.

It would be wrong to ignore the dangers of Trump’s presidency, and uncertainty about what he will do has itself undoubtedly made the world a riskier place already. For the world’s political leaders, the first response must be to build a world order that is less reliant on US leadership and less vulnerable to the vagaries of American elections.