To fulfill MLK’s vision of jobs and freedom for Black Americans, Washington must rein in corporate greed

In his “I Have a Dream” speech at the March on Washington for Jobs and Freedom on August 28, 1963, Dr. Martin Luther King declared that a century after the Emancipation Proclamation, “the Negro is still badly crippled by the manacles of segregation and the chains of discrimination. One hundred years later the Negro lives on a lonely island of poverty in the midst of a vast ocean of material prosperity.” Racial justice demanded equal employment opportunity.

Upon the signing of the Civil Rights Act on July 2, 1964, discrimination in access to jobs because of an individual’s race, color, religion, sex or national origin became illegal under the landmark legislation’s Title VII. The following year, the U.S. government created a new federal agency, the Equal Employment Opportunity Commission (EEOC), to implement Title VII. But what, in fact, was the employment opportunity that white males possessed to which Blacks, other minorities, and women, wanted equal access?

The employment opportunity that privileged the white male was much more than a job. By the 1960s, growing numbers of white men had employment that gave them steadily rising real earnings, often with decades of tenure at one organization. The “career-with-one-company” (CWOC) that had become the employment norm by the beginning of the 1960s included health insurance and a defined-benefit pension, both funded by the employee’s business corporation or government agency. This white-man’s world constituted the foundation for the “vast ocean of material prosperity” to which Dr. King referred. It is what, in the decades immediately after World War II, turned much of white America into a growing and thriving middle class.

This was a white middle class made up of, at the lower end, blue-collar workers with no more than a high-school education. Union representation in collective bargaining enforced the unions’ first-hired, last fired “seniority” principle while securing wage increases in step with productivity growth, with “cost-of-living allowances” that adjusted wages for inflation usually built into the contracts. Aided by government subsidies such as the federal GI Bill and tuition-free higher education at state “land grant” colleges, the male offspring of the white blue-collar worker had ample opportunity to transition to higher incomes, superior benefits, and even more employment security as white-collar workers. In the 1950s, the white male who had recently ascended to the upper echelons of the middle class became known as “the organization man.”

Our forthcoming book, Fifty Years After: Black Employment in the United States under the Equal Employment Opportunity Commission, analyzes how, in the immediate aftermath of the 1964 Civil Rights Act, African Americans with no more than a high-school education gained access to CWOC employment at the blue-collar level. Owing to strong demand for production workers in the 1960s and 1970s and affirmative-action support under the EEOC, Blacks were making inroads into white-male privilege by gaining substantial access to well-paid and secure operative and craft occupations; big steps up from the common-laborer jobs into which they had previously been segregated.

In research published last month on the website of the Institute for New Economic Thinking (INET), we outline how the decline of unionized jobs from the beginning of the 1980s in the United States decimated an emergent African American blue-collar middle class. Over the decades it became clear, however, that, while African Americans were hit earlier and harder than whites, they were not the only ones to fall out of the middle class. Increasingly, white blue-collar workers with no more than a high-school education also lost their middle-class status as the ideology that companies should be run to “maximize shareholder value” put a permanent end to the CWOC norm. Over subsequent decades and up to the present, growing numbers of American workers with only a high-school education, regardless of race, have experienced stagnating incomes, downward socioeconomic mobility, and even, at certain times, declining life expectancy.

In our new INET Working Paper, “Employment and Earnings of African Americans, Fifty Years After: Progress?”, we provide a statistical overview of the devastating impact that the decline of the American middle class has had on Blacks. For a quest for economic equality to become a reality, the pay and stability of employment for Blacks must be improved far more than for whites. But in view of the downward mobility of white workers, even a substantial closing of the Black-white income gap will not solve the problems of poverty and injustice in the United States. Contrary to the situation in the 1960s, in the presence of the impoverished and vulnerable American working class of the 2020s, “equal employment opportunity” will not yield the “jobs and freedom” that the 1963 March on Washington demanded for Blacks.

It should be no surprise that the Covid-19 crisis is having an especially devastating impact on people of color, but workers of every race and ethnicity are feeling immense pain. But even when the public-health crisis has abated, the gargantuan political task for the years and decades ahead will be the restoration of employment opportunity that will enable all Americans to live healthy, secure, and happy lives.

The government-policy equivalent of therapies and vaccines will be required to eradicate the malicious “maximizing shareholder value” disease, which bears prime responsibility for the decades-long destruction of the American middle class. On July 9, in outlining his economic platform, Democratic presidential candidate Joe Biden declared that “it is way past time to put an end to the era of shareholder capitalism.” Yet there is virtually nothing on the subject in the 110 pages of the Biden-Sanders Unity Task Force Recommendations released the previous day. The only policy aimed at U.S. corporations that Biden mentioned was an increase in the corporate tax rate from 21% to 28%, which would put it halfway back to where it was before the Republican tax cuts.

As Americans unite to fight for jobs and freedom, we are curious what happened to the Joe Biden who, in September 2016, as vice-president of the United States, wrote in a Wall Street Journal op-ed: “The federal government can help foster private enterprise by providing worker training, building world-class infrastructure, and supporting research and innovation. But government should also take a look at regulations that promote share buybacks, tax laws that discourage long-term investment and corporate reporting standards that fail to account for long-run growth. The future of the economy depends on it.” At this fraught juncture in American history, bold leadership matters. 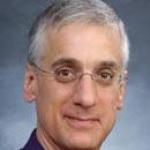 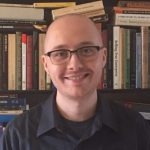