The World Needs Eurobonds Now More Than Ever

The United States government openly flirting with a default on its debt is, to the financial system, like a Pope wondering out loud about the existence of God.

Investors at first were baffled by the possibility that Congress would once again push the country to the financial precipice, and the tension on Wall Street and Main Street steadily rose as October 17 approached. And then, at the seeming last minute, a solution finally was reached in Washington.

So now the crisis has been averted, at least for the time being. However, like the crises in the early 1910s, it has merely been put off. For in reality this latest Congressional impasse was only resolved for a few months, until February 2014.

This means that we are still a few months from the brink of financial disaster yet again. With all of the uncertainty surrounding Washington’s ability to govern the U.S., much less the international financial system, it’s time to start thinking about alternatives that would alleviate at least some of power Congress wields over the global economy.

In short, we have to seriously consider alternatives to the hegemonic role of U.S. debt in the capital markets.

Over the past few weeks, the world has been forced to witness a curious drama. Locked in a seemingly endless debate about healthcare reform, Congress and the White House reached gridlock. No progress on a continuing resolution to fund the federal administration meant that the federal government was in “shutdown” mode for considerably longer than past experience.

That is nothing new. And now there is a life-saving deal. Yet the whole mess underscores that there was a non-zero probability that the U.S. Treasury would fail to roll over its gargantuan debt. According to the political actors themselves, the threat of default was real enough. But it follows that next time we may not be so lucky. When the talk of default is no longer taboo, and not in a distant emerging market but in the axiomatic core of the global financial system, it is clear that the world faces a serious collateral problem.

In the past, many countries have found themselves in financial difficulty and defaulted on their debt. But the United States is, in this way at least, exceptional. In the country’s 227 years of history, the full faith and credit of the U.S. federal government has never been called into question. States can default, so can municipalities, but not the federal government.

America’s proven willingness and ability to repay its debts is sacrosanct to investors and financial actors worldwide, so much so that analysts refer to the interest rates paid by the government as the “risk-free rate.” It is the rock upon which the Bretton Woods system was built upon from the ashes of World War II, ruling everything from bond issuances to corporate borrowing.

The centrality of U.S. Treasury notes has brought tremendous benefits to the United States. As a “safe haven” investment, it ensures that the country can borrow at the lowest rates when it needs the money most. This is the “hegemonic” financial position that once moved French President Charles de Gaulle to complain about America’s “exorbitant privilege.”

What’s more, this huge asset pool created by Treasuries makes New York the undisputed financial center of the world, not to mention how “risk-free assets” are built into legal contracts so that financial services firms from banks to insurance companies can structure their operations. There were credible reports over the past few days that foreign prime brokers are questioning the role of Treasuries as legally viable collateral for their business.

Transitions in the global financial architecture are possible. The British pound used to be the world’s reserve currency, until the dollar (and consequently American debt) took its place. The transition years of the 1920s and 1930s were rocky, at a time when Britain was “unable” and America was “unwilling” to act as a backstop to the system. The Depression hardly helped.

Our problem today is that after a century of financial innovation there is no single market that can provide an alternative to Treasuries. Other “safe sovereign” lenders, such as the U.K., Germany, and Switzerland, are far too small to carry the burden of the risk-free asset on their own. Even the relatively rapid internationalization of the Chinese renminbi – a currency that is not fully convertible and emanating from an economy with capital controls – could barely hope to counter-balance the centrality of the dollar and U.S. Treasuries.

The only credible alternative has thus far remained a hypothetical. But it is possibly moving toward reality. Last Tuesday morning, as American legislators were evaluating the wisdom of default, the European Stability Mechanism (ESM) had its first debt issue. As the euro zone’s permanent bailout fund, ESM debt offers the closest mechanism in the global financial system to joint and several liability in the largest single market other than the United States.

During the worst days of the European sovereign debt crisis, the very idea of Eurobonds got a bad reputation in Germany. But now that the worst of the crisis is in the rearview mirror, it is time to revisit the idea, not just for the federalization of Europe, but also for the financial system as a whole.

ESM securities today are guaranteed by funds provided by all euro zone member-states, large and small. The bond issue earlier this week was a tremendous success: it was more than four times oversubscribed and the yield, at 1.29 percent, was lower than that paid by most of the countries funding the ESM (and lower than the rate paid by the U.S. Treasury, as it turned out.)

Of course, this is not to seriously suggest that ESM debt could serve an alternative to the function of U.S. Treasury bills in the short-run. They are not issuing nearly enough, and the proper architecture in not yet in place to federalize Europe But the contrast with the U.S. highlights an opportunity for Europe to attract the low-interest capital it needs to reinvigorate its economy and drive federalization further forward. If true euro bonds had been in place, we would expect investors to have flocked to them in times of uncertainty across the Atlantic. This would benefit not just Germany but the whole of the Europe (especially the periphery that still struggles with funding businesses) and, we would argue, the world economy at large.

Currently no economy other than the euro zone can rival the U.S. in size and depth, not to mention the size of its internal – and expanding – free market. The euro was originally designed to provide a counterweight to the dollar as a reserve currency. Europe needs a financial instrument to rival U.S. Treasuries as an asset for the benefit of the whole global financial system. This would make the European financial system more stable and the world economy better grounded.

That will, in turn, reduce the dependence of the global financial architecture on the petty concerns of this or that legislator in Washington. It may even incentivize Congress to negotiate without risking financial apocalypse.

Pierpaolo Barbieri is strategic advisor at the Institute of New Economic Thinking and a former Ernest May Fellow at the Harvard Kennedy School. Dimitris Valatsas is a consultant at FTI. 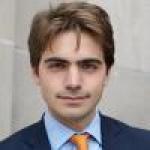