While attention has recently focused on the so-called “wageless recovery” coming out of the Great Recession, an equally pernicious trend is the “wealthless recovery.” From 2007 to 2010, the wealth of the average household plunged by 44 percent. This was largely due to the collapse of home prices and the high degree of indebtedness of the middle class. However, from 2010 to 2013, despite sharp gains in asset prices, including homes, median wealth was virtually unchanged. This was mainly due to very high dissavings (negative savings) among the middle class.

In my recent work, I look at wealth trends in the United States from 1962 to 2013, with particular attention focused on the “Great Recession” period from 2007 to 2013, using mainly the Survey of Consumer Finances conducted by the Federal Reserve Board of Washington, which provides exceptional data on top wealth holders. I find that from 1962 to 2007, median net worth (the wealth of the average household) grew robustly, averaging 1.6 percent per year in real terms. However, as asset prices plunged between 2007 and 2010—in real terms home prices were down by 24 percent and stock prices by 26 percent—median wealth plummeted by an astounding 44 percent, almost double the drop in housing prices. By 2010, median wealth was at its lowest level since 1969.

The key, then, to understanding the plight of the middle class (which I define here as the middle three wealth quintiles) during the Great Recession is their high degree of leverage and high concentration of assets in their homes. The steep decline in median net worth between 2007 and 2010 can be traced primarily to a very high negative return on net worth, at -10.6 percent per year, which is attributable to the precipitous fall in home prices and very high leverage that lead to a debt-to-wealth ratio of 0.61. High leverage, moreover, helps explain why median wealth fell more than house (and stock) prices over these years and declined much more than median income.

However, this is not the whole story. On the basis of the negative return on wealth between 2007 and 2010, median wealth should have fallen by “only” 27 percent, instead of the actual 44 percent. The discrepancy is due to a very high dissavings, or negative savings, rate of 5.6 percent per year on initial wealth.

From 2010 to 2013, median net worth showed no improvement, even as asset prices recovered, with housing up by 8 percent in real terms and stocks up 39 percent. On the basis of these returns on wealth, median net worth should have increased by 36 percent. Despite this, median wealth was in fact down slightly, due once again to substantial dissavings, especially for the middle class, which had an annual dissavings rate of 8.1 percent on initial wealth.

This stagnation of median wealth from 2010 to 2013 took the form of asset depletion: the middle class was using up its assets to pay down its debt, which decreased by 8.2 percent over these years. This shows up, in particular, in reduced asset ownership rates for homes, pension accounts, unincorporated businesses, and stocks and financial securities. However, the reduction in assets was greater than the reduction of debt.

The likely reason for the high rate of dissavings of the middle class over the Great Recession is income stagnation, or more specifically, a reduction in median income. The middle class was depleting its assets to maintain its previous level of consumption, and the evidence suggests that middle class households expanded their debt (at least until 2007) mainly in order to finance normal consumption expenditures rather than to increase their investment portfolio.

Moreover, after almost two decades of little movement, wealth inequality was up sharply from 2007 to 2010, explained mainly by the large spread of over four percentage points in rates of return on net worth between the middle and the top. It was thus the case that the middle class took a bigger relative hit on their net worth from the decline in home prices than the rich did from the equally severe stock market plunge. This is also reflected in the fact that median wealth dropped much more in percentage terms than mean wealth over the Great Recession.

In contrast, there was relatively little change in wealth inequality from 2010 to 2013, despite a large increase in income inequality over these years. The offsetting factor in this case was the higher return on middle class wealth than that of the rich (a 0.79 percentage point difference).

The collapse in middle class wealth from 2007 to 2013 is a key factor in explaining middle class malaise. In particular, recent polls indicate that despite the recovery in the job market, the middle class still voices continued pessimism about its future. Net worth and savings are important elements in economic security. While the middle class has been paying down its debts it has also been draining its assets. The depressing state of its balance sheets is the main reason for middle class malaise. 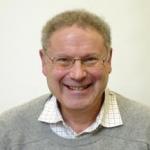