The Natural Rate of Interest Is Anything But

In contrast to Keynes’s emphasis on the monetary nature of interest rates, the modern theory of central banking focuses on a benchmark rate for monetary policy that reflect “fundamental forces” supposedly unaffected by monetary factors. Its theoretical underpinning stems from Wicksell’s analysis of the relationship between market and natural interest rates as restated in the so-called New Keynesian theory which combines real-business-cycle general equilibrium models with imperfect competition and nominal rigidities.

Here, at least in the short run, discrepancies between the actual and natural interest rate are deemed to lead to a rate of price inflation different from the desired and expected one. If some kind of price rigidity is present, the interest rate difference will also lead to a discrepancy between actual and potential output. The resulting rule for monetary policy is that authorities should credibly commit themselves to following the natural rate of interest (NRI). They must therefore forecast this “neutral” rate, namely, the real rate that, if maintained, would keep the economy at its production potential over time.

Despite the mainstream consensus on this approach, determining the “equilibrium interest rate” is a murky business. A first problem is that, while the “benchmark rate” ought to be based on sound theoretical foundations that allow a meaningful interpretation of its behaviour, all sorts of definitions of it appear in the literature when assuming real shocks away from balanced growth. They reflect the theory’s reliance on notions of perfect or imperfect competition in commodities and factor markets as well as the possible influence of transitory or only permanent components of the natural rate.

The result is usually a view in which we have a “short-run” natural rate of interest that varies (usually pro-cyclically) during the cycle, resembling Dennis Robertson’s old prescription that monetary policies should follow temporary shifts of the demand for and supply of loanable funds, along with a long-run natural rate that corresponds to potential output for a given degree of market imperfections when both causal shocks and lags of adjustment are averaged out.

The two approaches lead to divergent monetary policies. If you try to conduct policy by reference to the long run notion of the natural rate determined by the steady state IS curve when all the lags and random shocks disappear, you will not favour sharp changes in the short-term interest rate during the cycle. By contrast, if you rely on a “short run” natural rate that could fall during a crisis, you would see a slow decrease in the policy rates as too little to stimulate economic activity.

Compounding these difficulties is the variability induced by the estimation methods of the natural rate of interest. The benchmark rate of the monetary policy should in fact be readily computable from observable economic data, but its counterfactual nature inevitably leads to a variety of estimation methods with results that recall the early criticism by Myrdal and Lindahl that Wicksell’s natural rate is not an operational notion in the sense that it was incapable of practical application. With each the econometric method raising special problems of its own, the resulting variety and uncertainty of the value of the natural rate cannot but pose significant challenges for practical monetary policy.

The divergent estimates of the NRI advanced during the recent 2008 crisis are a case in point. The estimates vary hugely, with model-based and filtering methods producing higher volatility than semi-structural approaches or peak-to-peak averages. Some estimates of the NRI provided negative values on average and not only as a possible (short-lived) effect of temporary shocks, whereas others suggested that the NRI remained close to but higher than zero. These differences imply drastically different evaluations of the stance of monetary policy as policymakers weighed whether it made sense to drive the nominal policy rates towards their zero lower bound.

But the limits of the NRI as a benchmark for monetary policy are not only statistical or related to the difficulty of distinguishing among the kind and persistency of economic shocks. They pertain to the theory itself, specifically to model specification and the alleged independence of the average or normal interest rate from monetary policy.

Firstly, New-Classical and New-Keynesian models focus on the volatility of output, that is, its variance, on the assumption that the output gap will be closed by market forces. This hides the fact that potential output may fall during the crisis due to the destruction of productive capacity stemming from a fall in effective demand. This would break down the distinction between short-lived demand shocks on the one hand and supply shocks on the other, thus complicating any estimate of the NRI and raising questions about its theoretical relevance.

Secondly, in both the theoretical models and estimate procedures, an inverse relation between the interest rates and components of aggregate demand is postulated as well as between the former and the price level, although such relations are acknowledged as being weak and doubtful. In practice, output elasticity with respect to interest rates appears low and asymmetric, and investments in fixed capital are determined mainly by expected changes in aggregate demand. Moreover, the Gibson paradox and its modern restatement in the price puzzle suggest that a direct relation between prices and the interest rate may exist due to prices adjusting to the monetary costs of production which include the pure remuneration of capital, that is interest costs. All this implies that, if, after a fall in the interest rate, we observe a fall in prices (or una tantum a lower rate of inflation), this would not signal that the NRI should be lower. Nor should a low elasticity of output to the interest rate be interpreted as a reliable sign that the natural rate of interest has fallen.

But a more fundamental criticism can be advanced concerning the sheer existence of a natural rate of interest determined by “productivity and thrift” independent of the monetary policy. New-Keynesian models restate the loanable funds theory, viewing the market rate of interest as determined by the supply of and demand for credit, with the natural rate of interest set by the supply of and demand for savings when output is at its potential level. This theory was already criticised by Keynes, who questioned whether investments adjust to savings through changes in interest rates. On the grounds of the principle of effective demand, Keynes argued that savings equalise investments by means of income changes and considered the notion of the NRI as not useful. He instead viewed the rate of interest as a monetary phenomenon to which capital profitability would adjust. He also argued that credit is not an alternative to savings but the necessary preparation for them and that until potential output is achieved, investments are financed by the finance process and income changes rather than by any previous saving supply.

This criticism of Keynes and his idea that there is no mechanical tendency to full employment was strengthened later by the Cambridge capital controversy which showed that it was impossible to derive a decreasing demand curve for investments with regard to the interest rate—a decreasing curve which is at the root of the neoclassical mechanism guaranteeing the tendency of actual output toward potential output. Unless a single commodity economy is assumed, a surrogate production function cannot in fact be derived due to the phenomena of re-switching and reverse capital deepening. Moreover, in the market for savings and investment, there may be multiple equilibria, the capital-labour ratio is not necessarily higher for a lower interest rate, and changes in the rate of interest out of equilibrium may be so strong that they question the validity of the theory.

If we put aside the loanable funds theory, due prominence can be given to Keynes’s idea that the rate of interest is a highly conventional phenomenon. It opens the way for levels of rates of interest that are shaped by monetary authorities that affect income distribution, and this possibility casts a different light on the purposes and channels of transmission of the monetary policies. Of course, monetary policy is not advanced in a vacuum but takes into account the course of money wages and, more generally, the economic and financial conditions of the country involved. Yet, the benchmark rate to which monetary authorities anchor their decisions does not appear to reflect “fundamental forces” acting independently of monetary factors, and therefore those decisions cannot be conceived simply as a technical device used to find out the “true” natural interest rate.

Summing up, estimates of the NRI are misleading both on empirical and theoretical grounds and monetary policy is not neutral, primarily because it may influence the division of the surplus product among different classes and social groups. Quite paradoxically, however, the tricky nature of those estimates, with their consequent downward revision during the crisis due to their sensitivity to current economic conditions, has been used by Central Banks to pursue a regime of low interest rates that was required by the macroeconomic situation of industrialized countries after the 2008 crisis. The cost of doing this has been to hide the asymmetric effects and delay in the transmission of monetary policy, since the scant reactivity of output to the fall in interest rates has been explained precisely by appeals to an alleged fall in the natural rate of interest even to negative values due to reaching the zero-lower bound for policy nominal interest rates. This makes a murky business even more opaque. 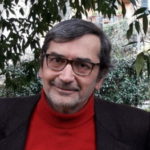