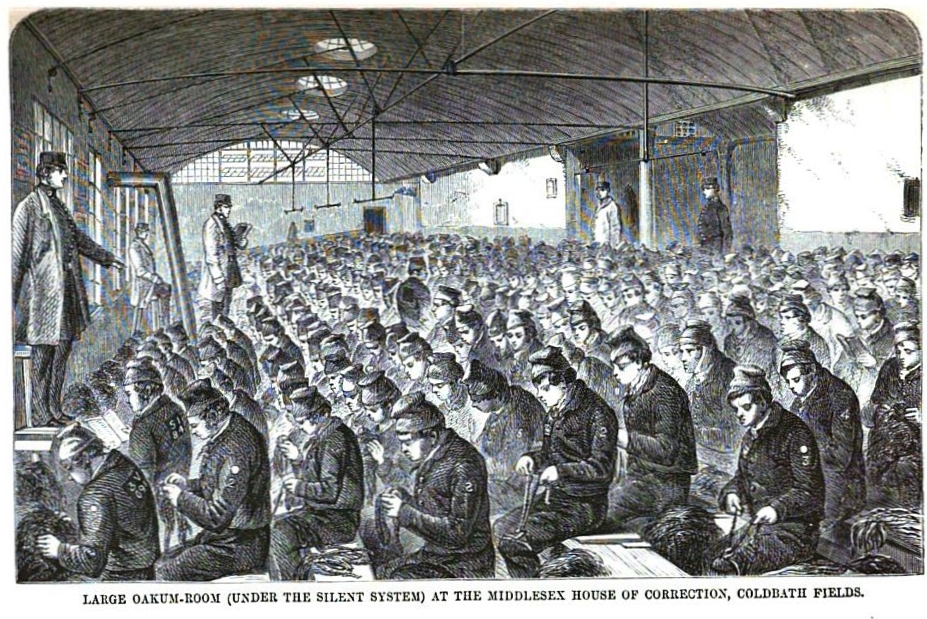 While labor coercion in agricultural and preindustrial economies is well-studied, few papers address the effects of coercive institutions in an industrial setting (Naidu and Yuchtman, 2013). The most common form of labor coercion in modern times is convict labor: it is still widespread, not only in developing countries but also among the world’s most developed countries. This practice is potentially important to the economy because a large share of labor, working at significantly below the minimum wage, could impose externalities on the broader non-coerced segment of the labor market.

In 2005, the U.S. convict-labor system employed nearly 1.4 million prisoners, of which 0.6 million worked in manufacturing (constituting 4.2% of total U.S. manufacturing employment).[1] Prisoners work for such companies as Wal-Mart, AT&T, Victoria’s Secret, and Whole Foods, and their wages are substantially below the minimum wage, ranging from $0.20 to $5.15 per hour in state prisons.[2]

In recent research (Poyker, 2018) I provide empirical evidence on how convict labor affects local labor markets. Using a new dataset of U.S. prisons from 1886 to 1940, I calculate each county’s exposure to competition with prison-made goods. I find that the 1870–1886 introduction of convict labor accounts for a 0.5 percentage-point slower annual growth rate in manufacturing wages from 1880 to 1900. At the same time, affected industries had to innovate away from the competition and thus had higher patenting rates and adopted new labor-saving technologies.

Previous work has not been able to study this issue due to lack of data and due to a lack of exogenous variation in convict labor. U.S. prisons tend to be built in economically depressed counties under the assumption that they will provide jobs (e.g., guards and nurses) in the local labor market (Chirakijja, 2018) so cross-sectional estimates comparing prison towns to others would have selection bias. Similarly, trends in recent convict-labor legislation may be correlated with trends in states’ budgetary health, which is directly related to local labor market conditions.

I address both the lack of data and lack of exogenous variation. The empirical context is U.S. counties for the years 1886 through 1940. These data come from a newly digitized archive of the Bureau of Labor’s reports on convict labor used in all U.S. prisons and labor camps. Adapting an approach from recent works on import competition (Autor et al. (2013) and Kovak (2013)), I construct county-level exposure to convict labor as the weighted average of industry-specific values of convict-made goods in all U.S. prisons, where the weights include the county’s industry-labor share and the costs of trade between those prisons and the county. In the baseline analysis, I estimate the effect of convict-labor exposure on manufacturing wages and employment using first-difference ordinary-least-squares regressions. To address the concern that the location of prisons and the choice of industries by prisons might be endogenous, I employ an instrumental-variable estimation. Exogenous variation in the use of convict labor comes from the fact that prisons built before the 1870s (when state laws introduced convict labor) did not have the facilities and infrastructure for factory production. The introduction of convict labor was unanticipated, both by firms and by prison wardens, who were suddenly in charge of employing prisoners within their institutions. Pre-existing prison capacities are correlated with the value of goods produced in prisons after convict-labor laws were enacted. Therefore, my instrument for exposure to convict labor is the exposure to pre-existing prison capacities; i.e., I compare counties that were located closer to prisons built before convict-labor legislation to the ones located farther away from the pre-convict-labor-era prisons.

While prison labor was used in many industries, most prisons produced clothes and shoes. The apparel and shoemaking industries employed mostly women, who were more affected than men by coerced labor. I find that women’s wages decreased 3.8 times more than those of men.

I find that convict-labor shocks facilitated technology adoption. Comparing two counties, one at the 25th percentile and the other at the 75th percentile of exposure to convict labor, the more exposed county would be expected to experience double the mean annual number of registered patents (8.4) in industries where prisoners were employed (with no effect on patents in industries where prisoners were not employed), and a 0.18-standard-deviation increase in the capital-labor ratio.

The latter result is partially driven by adoption of new technologies (decreasing the costs, increasing the quality of goods, or substituting labor with capital) and these technological changes were capital-biased. I provide three pieces of evidence on potential mechanisms. First, using firm-level survey data from the Weeks Report, I show that firms in affected industries and localities were more likely to adopt improved labor-saving machinery, as competition in (low-skilled) labor became futile. Second, using county-industry-level data from Hornbeck and Rotemberg (2018), I show that firms in affected industries and locations invested in technologies associated with increased productivity of capital relative to technologies related to the productivity of labor. Moreover, the set of available technologies — in the words of Caselli and Coleman (2006), the “technological frontier” — of affected firms improved (Figure 2). Third, I demonstrate that the returns-to-capital relative to returns-to-labor ratio increased by 0.5 percentage points annually in affected counties (interquartile range). However, the increase in the capital-labor ratio is also driven by changes in industrial composition. Using firm-level data from Atack and Bateman (1999), I show that it is also partially explained by the exit of labor-intensive firms in the affected industries.

The number of convicts has soared from approximately 160,000 in 1932 to more than 2.3 million today, and the effect of contemporary convict labor on the U.S. economy is likely large. No detailed data are released on the amount and industrial composition of convict labor, but according to the U.S. Census of State and Federal Adult Correctional Facilities, approximately 1.4 million prisoners were employed in 2,500 U.S. prisons in 2005. From 2000 to 2005, the number of prisoners employed in manufacturing almost doubled, from approximately 308,000 to approximately 594,000.[1] Today, those prisoners still receive lower-than-minimum wage and impose externalities on free labor.

Thus, this 92% increase in the number of employed prisoners led to a 0.07-percentage-point decrease in manufacturing employment in 2000s, and a 0.02-percentage-point decrease in 1990s. Even if my estimate is an upper bound of the effect and the actual effect is smaller, the contemporary policy of placing prisons in economically depressed regions may be fallacious. While the 1870–1886 convict-labor shock was similar in magnitude to the China shock (Autor et al., 2013) in 2000 and 2007, the effect of contemporaneous convict labor is relatively small, constituting 6.4% of its effect in the 2000s. Hence, exposure to prison labor competition explains 5% of the manufacturing employment decline 2000 and 2007, compared 55% explained by the China shock.

Decreased costs of international trade and trade liberalization have made import competition a more important determinant of the decline in manufacturing employment; however, prison labor still affects labor markets. Moreover, the United States has accused China of using convict labor to produce export goods (Hairong and Sautman, 2012), while its own convict labor takes jobs from U.S. free laborers. My analysis highlights the fact that many aspects of economic life and many groups of people can be affected directly and indirectly by competition from prison-made goods. Thus, when we evaluate the overall effect of the penitentiary system, we should carefully assess the negative externalities created by convict labor.

Atack, Jeremy, and Fred Bateman. 1999. “Nineteenth-Century US Industrial Development through the Eyes of the Census of Manufactures a New Resource for Historical Research.” Historical Methods: A Journal of Quantitative and Interdisciplinary History, 32(4): 177-188.

Hairong, Yan, and Barry Sautman. 2012. “Chasing ghosts: rumors and representations of the export of Chinese convict labor to developing countries.” The China Quarterly, 210: 398-418. 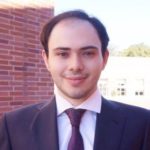