The IMF and Human Development: Little Progress and Worrisome Trends

The International Monetary Fund and the World Bank celebrate their 70th anniversary this year, yet few countries have been eager to join the festivities.

To the contrary, large developing countries such as the BRICs and South Africa have decided to pool resources to create the Contingent Reserve Arrangement, with the aim to provide support in the case of short-term balance of payments problems. This reserve account is intended to make the need for turning to the IMF less likely. In addition, the same countries announced the creation of a New Development Bank that would provide financing for infrastructure and other projects in developing countries.

Such shifts in global economic governance are noteworthy and cast doubt on the established order that grants primacy to the Western-dominated IMF and World Bank. As world leaders are negotiating the post-2015 update of Millennium Development Goals, a stronger developing country voice can powerfully shape the development objectives for decades to come.

Among such objectives are the introduction of universal health coverage and a range of other health-related targets. So to what extent have institutions of global economic governance assisted developing countries in meeting pressing health needs and strengthening their health systems? A recent study by the IMF finds that its supported programs have been beneficial for public health spending in low-income countries. Such findings cast doubt on a recurring criticism of the IMF, that is, insufficient attention to the social costs of its economic adjustment programs.

Our work, which is supported by the Institute for New Economic Thinking, suggests that such findings are too good to be true.

We re-analyzed the health spending data and found widely diverging effects of IMF programs in low-income countries. For Sub-Saharan Africa, IMF programs indeed appear to be associated with additional health spending. One cursory interpretation of this finding would be that the IMF has confronted past mistakes and enabled countries to safeguard and increase their health expenditures within the framework of its programs. Yet, this reading would overlook the fact that health spending was originally extremely low in these countries. The extent to which the near-constant presence of the IMF in the region supported or impeded progress on this front therefore needs to be examined not in relation to whether countries spent slightly more than they used to, but whether they spend enough to address pressing health needs.

Our findings for low-income countries outside Sub-Saharan Africa are more disheartening and consistent with the situation described by IMF critics over the years. The economic adjustment programs it supports are associated with declines in public health spending.

Our analysis ends in 2009, the last year of available data. Since then, the IMF’s role has rapidly expanded. Between 2010 and 2013, 74 new programs were initiated for 56 countries. Initial investigations after the onset of the global financial crisis in 2008 found that the organization unduly constrained fiscal space for borrowing countries by prescribing pro-cyclical macroeconomic policies, even though a few agreements did stipulate that social spending was to be protected. However, the first systematic data on social spending trends between 2010 and 2012 reveal an average contraction of 1.5% in total government spending as a share of GDP in low-income countries. Adjustment policiesincluded public sector wage caps, reductions in subsidies, and structural reforms to social protection. Early evidence for health spending also reveals a worrying trend: low-income countries under IMF programs fared worse than countries elsewhere. This image is inconsistent with Fund rhetoric, which stresses how it continues “to be supportive of the efforts of low-income countries to sustain growth and to continue strengthening spending on health and education.”

Looking forward, if low-income countries are to develop strong and sustainable health systems, the support of the international community is essential. Stakeholders like the World Health Organization and the Global Fund to Fight AIDS, Tuberculosis and Malaria, are already involved in health system strengthening.

For their part, international financial institutions like the IMF need to ensure that their policies do not hamper such efforts. This will not only strengthen population health and help avoid deadly infectious disease outbreaks, but it also will enhance the relevance and reputation of these organizations for years to come. The nascent BRICS development bank also can learn from the experience of the IMF and the World Bank. Embedding due considerations of the human development impact of its lending decisions will be essential. 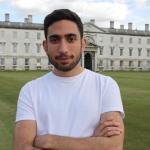 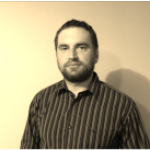 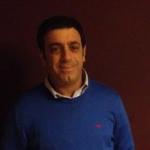