By Ekaterina Cleary and Fred Ledley 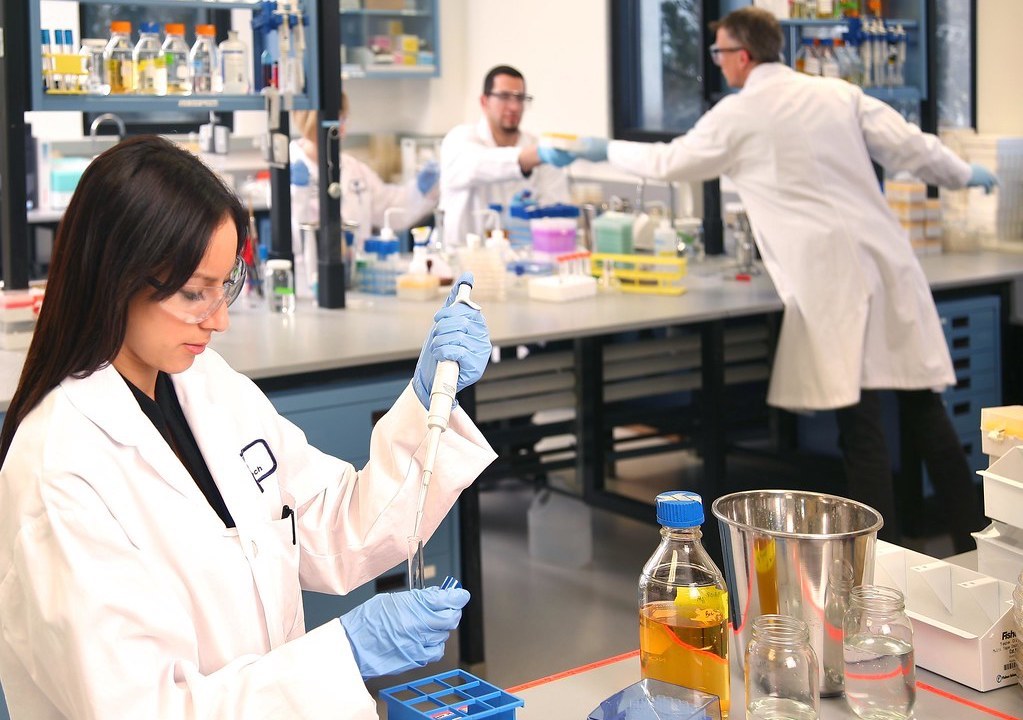 Abstract, “basic science” research is essential to drug discovery. It is also largely funded by the public sector.

When people think about the process of drug discovery, they often recall the “Fleming myth.” The myth recounts how a solitary English physician-scientist, “tired and shaken” by witnessing soldiers dying of wound infections during World War I, discovered penicillin when a plate of bacteria in his laboratory became contaminated with a Penicillium fungus that killed the bacteria. The story continues that Alexander Fleming then used his discovery to save young Winston Churchill’s life.

The story, of course, is apocryphal, and so is this simplistic allegory of drug discovery.

Modern drug discovery is enabled by decades of basic research aimed at describing the essential mechanisms of human biology. This research delineates the pathways and proteins involved in the process of disease and the body’s healing responses, and suggests strategies by which a chemical drug might attach itself to a specific target protein and, thereby, disrupt the disease process. Medicinal chemists then use this information to identify chemicals with the properties necessary to achieve this effect in people; process engineers develop methods for large scale production of these chemicals; and clinicians assess the safety and efficacy of the product in clinical trials. Only then, do drugs become available for public use.

Our work is directed at better understanding the path by which basic scientific discoveries are translated into products that provide public value. One focus of our research has been to delineate the contributions of science, the public sector, and private industry to the discovery and development of new cancer drugs.

Our work builds on theories of innovation, which posit that the maturation of underlying technologies is a major determinant of product success. Applying these theories to drug development, we have shown that the progress of biomedical science can be modeled by means of an analytical method, the Technology Initiation Maturation Evaluation (TIME) model, which estimates an established point when the body of related scientific knowledge is sufficiently mature to be efficiently developed into therapeutic products. In one of our first studies using this model, we looked at the maturation of the foundational research underlying each of the 138 cancer drugs approved by the US Food and Drug Administration (FDA) through 2012. This initial work established that few targeted therapeutics were successfully developed before the research behind them had passed the established point.

Most basic research is funded by the public sector. In the United States, the predominant source of funding is the National Institutes of Health (NIH), which explicitly dedicates half of its research budget to “basic research.” Basic research is classically defined as being “…directed toward fuller knowledge or understanding of the fundamental aspects of phenomena and of observable facts without specific applications towards processes or products in mind.” Given the mission of the NIH to “..seek fundamental knowledge about the nature and behavior of living systems and the application of that knowledge to enhance health, lengthen life, and reduce illness and disability,” as well as its organization around disease-focused institutes such as the National Cancer Institute (NCI), most NIH funding is implicitly directed at medical applications, even if specific processes or products are not yet apparent. As such, most NIH-funded research, like Fleming’s discovery of penicillin, is better described by the concept of use-inspired basic research, in which the quest for fundamental understanding is undertaken with the expectation of future applications.

In a recent paper published in Lancet Oncology, with funding from the Institute for New Economic Thinking, we described the scope of NIH funding for the research underlying the 59 new cancer drugs approved by the FDA from 2010-2016. We found that the body of research underlying these drugs comprised some 710,702 publications, of which 266,154 acknowledged funding from the NIH. This research was supported by more than 107,644 fiscal years of grant funding for research on the biological targets for these drugs, and almost 9,059 fiscal years of grant funding for research related to the drugs themselves. We consider research related explicitly to drug targets to represent basic, or use-inspired basic, research, while research related to a drug represents applied research. Overall, the NIH contributed $64 billion to this body of research, with $54 billion related to drug targets and $9.9 billion related to the drugs themselves. These results demonstrate that the scale of NIH contribution to foundational, basic research is greater than generally estimated, and also show that the NIH makes a very limited contribution to the applied, development process itself, which predominantly takes place in industry.

This work also showed that much of the NIH research leading to new cancer drugs was not funded by the NCI and was not included in previous estimates of NIH funding for cancer research by the NIH’s Research Condition Disease Categorization system. In fact, the NCI contributed only $20 billion (31%) of the funding that led to these drugs. Most of the funding came from institutes with different disease-specific missions, and was likely use-inspired by the potential applications to diseases other than cancer. Nevertheless, these studies contributed to a body of knowledge that found application in new cancer therapies. For example, research on human growth and development led to therapies aimed at regulating the growth and differentiation of cancer cells, and research on control of the immune system has led to powerful immunotherapies that activate the immune system to destroy cancer cells. We term such applications of basic research “spillover effects.”

These observations highlight the absurd simplicity of the Fleming Myth. Only rarely does basic research lead directly to therapeutic products. Typically, decades of research are required to refine scientific discoveries, recognize applications, and complete the transdisciplinary work necessary to provide the public with safe and effective products.

While Alexander Fleming was the first to observe the antibacterial properties of the Penicillium fungus, he was never able to produce enough to demonstrate its clinical potential. Only decades later, after Fleming’s research was rejuvenated by Howard Florey and Ernst Chain at Oxford University, as well as an intensive, government-funded war-time effort by pharmaceutical companies to develop scalable production methods, did this drug become available for treating infections. Having developed highly efficient methods for producing penicillin as part of the war effort, Pfizer would become the world’s leading manufacturer of penicillin, and profits from penicillin would fuel its growth in the post-war period from a family-owned producer of fermentation products, into a global, ethical pharmaceutical company.

Penicillin itself was never patented. So too, many of the discoveries arising from basic research do not lead to patents. Patent law requires that applications establish the utility of an invention and enable those “…skilled in the art to reduce it to practice without the exercise of extensive experimentation or the exercise of inventive skill.” Given that extensive experimentation and invention is almost always required to translate the insights of basic research into approved drugs, basic research often fails to meet the legal standards for patentability. The discovery and purification of penicillin, for example, was not patented because the scientists were advised that such matter was not patentable. Moreover, if patents are issued, the allowed claims often do not prevent subsequent patenting of the drugs themselves, their utility, various modifications, or processes for large-scale production by industry.

The Bayh-Dole Act of 1980 authorizes the patenting and licensing of inventions made with federal research funding. This law was intended to serve two functions. The first was to facilitate the transfer of federally-funded research to industry for “expeditious practical application,” where private sector investments and market incentives would facilitate development of innovative drugs that would benefit the public. The second was to provide the public sector with an economic return on federal investments in academic research in the form of payments to non-profit institutions incorporated in the public interest.

The intent of the Bayh-Dole Act, however, is only achieved if the results of federally-funded research comprise patentable material; namely, results with recognized utility and that teach the ability to reduce inventions to practice. Thus, Bayh-Dole implicitly pertains only to applied, but not basic, research. As a result, while our research shows that the NIH contributes funding to research associated with every drug approved by the FDA, studies also show that <10% of approved products are associated with patents from the public sector.

Our recent work shows that the NIH contributed funding for foundational research underlying each of the new cancer drugs approved from 2010-2016. However, it also shows that more than 90% of this funding involved basic research, and that the majority of this funding came from institutes with missions primarily outside of cancer. Thus, while federally-funded research had a foundational role in the emergence of many highly innovative cancer therapies, the Bayh-Dole Act is limited in its applicability to ensure that scientific advances made with federally-funded research are efficiently developed for public value.

The NIH investment in the basic science that enables discovery and development of new drugs represents a vital example of the government’s role as an “investor of first resort” in innovation and value creation. These are high risk investments, which few private sector investors or drug companies are willing to make on their own. Our work suggests that policies designed to accelerate the translation of basic science for public value need to recognize the scale and significance of public sector investment in basic science, as well as the applied science and development that takes place in industry. Only then will policy be able to ensure that the public receives an appropriate return on its investment in the form of effective and affordable drugs, meaningfully improved health and disease outcomes, and economic benefits.

This work was supported by grants from the National Biomedical Research Foundation and the Institute for New Economic Thinking to Bentley University. 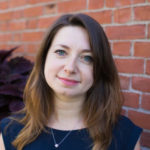 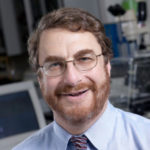