The End of 'Financialization'

The failure of Lehman Brothers on 15 September 2008 marked the beginning of the end of the world’s love affair with financialization.

Financialization was one of three megatrends that swept the world in the last thirty years – the others being free markets and globalization.

Financialization is defined as the growing importance of finance in daily activities, both at the national and global levels. Kids grow up these days wanting to be financial engineers instead of civil engineers. The effect was massive credit creation and financial turnover in terms of scale, speed and geography, turning finance from an agent of the real sector to a power in its own right.

The financialization dream was that financial innovation was creative, supported economic development and contributed to global market efficiency. The outcome was a massive bubble, inflated by hidden leverage and a collapse requiring massive public sector bail-out, from which the world has yet to totally unwind.

Finance theory taught that risk is best diversified, but geographical diversification through globalization disguised the fact that everything was interconnected and became more and more co-related with each other. Borderless finance meant that no firm, no country was an island. The failure of one hub, like Lehman, led to cascading failure like a tsunami sweeping down everything in its path.

The convenient scapegoat was financial supervisors for under-supervision or oversight in oversight of the shadow banking-banking nexus. No one noticed that massive credit was being generated below-the-line, netted out, moved off-balance sheet to special investment vehicles (SIVs) or totally off-shore. They failed to spot the shell game where someone had taken the shell.

Because it was a systemic crisis, no single banker, regulator or anyone was held personally accountable. The ensuing public anger was assuaged through massive regulations and rules as a substitute for action. The two key responses were to fight financialization by more financialization through quantitative easing (QE) and fight complexity by more complexity (new rules).

After five years of QE, a strong global recovery remains elusive. This happened despite massive increases in public expenditure that blew up the sovereign debt of advanced countries to 100 per cent of GDP, and central bank balance sheets have doubled or trebled whilst interest rates are near zero. Against the tide of the liquidity trap, policy makers shot off three arrows, monetary policy (first arrow), fiscal policy (second), macro-prudential policy (third), but the fourth (structural reform) is still on the bow in many countries.

Now the threat of withdrawal of the first arrow is threatening to send the emerging markets back to recession.

If we agree with Nomura Chief Economist Richard Koo that the global financial crisis is a balance sheet crisis, then financialization has focused on the wrong side of the balance sheet.

As one wise cynic reminded us, it was a crisis where on the right side of the balance sheet nothing was right, and on the left side, nothing was left. Whilst it is understandable that QE was a “tool of last resort,” the printing of more central bank debt to prevent the bubble deflation was to use more debt to cure debt, sustainable only under lower and lower interest rates.

The threat of tapering means that if real interest rates rise, the current asset bubbles and value of sovereign debt will deflate, causing huge losses once again and forcing central banks to again print more money. Real interest rates are rising despite the fact that QE is holding the so-called risk-free rate low, because the market perceives that risks and uncertainty are rising.

In other words, if the core of the problem is the asset or real side of the balance sheet, you can only deal with it by the fourth arrow of structural reform. You need to deal with the quality of assets, not the quantity of liability. You need to de-leverage not by inflating the debt, but increasing the quality of equity. Unfortunately, QE is corroding the long-term income of insurance and pension funds that are able to invest in long-term equity and assets, because their incomes have been reduced by low interest rates.

As Nobel Laureate Joseph Stiglitz shrewdly observed, the heart of the problem of financialization has been the growing inequality of income and wealth. The negative side of financialization is that the global financial system is turning over faster and still concentrating, with an increasing maturity mismatch.

Second, concentration in the financial sector is still increasing. The Financial Stability Board (FSB) data on the top 28 G-SIFIs or globally systemically significant financial institutions showed that their assets rose to US$45.4 trillion or 63.3 per cent of 2011 world GDP, compared with 47.7 per cent in 2002.

Third, FSB 2011 data also showed that half of global financial assets are with the banks, one quarter with shadow banking and 8 per cent with central banks. In other words, roughly 80 per cent of the financial system is financed with short-term liabilities, but the demand in the world for long-term mortgages, sovereign debt and infrastructure funding is rising.

Hence, the solution to unsustainable financialization is not more debt, but more equity or the net worth of real sectors — households, enterprises and the government sector. That has to be generated through real sector reforms — the asset side of the balance sheet.

The real lessons from Lehman is therefore about the need for rebalancing: moving away from short-termism towards long-term financing of the real economy, promoting the quality (not quantity) of assets that contribute to GDP growth, addressing social inequality by increasing access to financing (financial inclusion), and funding infrastructure development to sustain long-term growth.

Flirting with finance diverts attention from what really matters: the real economy. Focus on real people, not more pieces of paper. 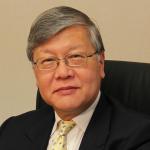