The Crisis of Democratic Capitalism 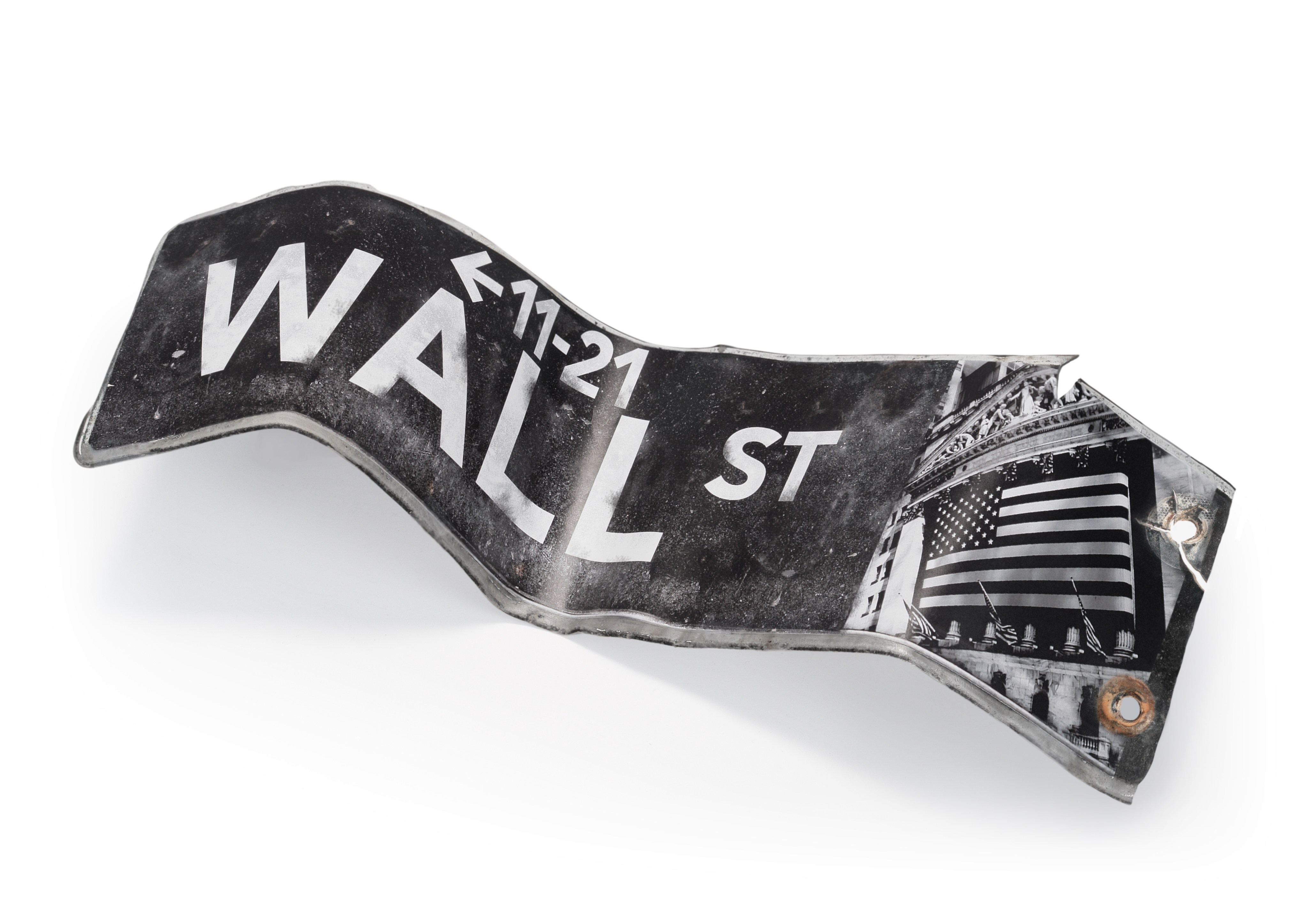 Economic journalist Martin Wolf’s address to the Center on Capitalism and Society at Columbia University’s 20th anniversary conference, Economic Policy and Economic Theory for the Future

“It is clear then that the best partnership in a state is the one which operates through the middle people, and also that those states in which the middle element is large, and stronger if possible than the other two together, or at any rate stronger than either of them alone, have every chance of having a well-run [democratic]constitution.” Aristotle, Politics

In a liberal democracy — a democracy characterised by individual civil rights, the rule of law and respect for both the rights of the losers and the legitimacy of the winners — fair elections determine who holds power.

Attempts by a head of government and state to subvert the election or overturn the vote are simply treason. Yet that is what Donald Trump attempted to do both before and after last year’s presidential election.

He failed. Decent and brave people ensured that. But this story has only begun.

Trump continues to hold the loyalty of his party’s base and so to control its leaders.

Meanwhile, conservative stalwarts, such as Liz Cheney, have been defenestrated. Her crime? Stating that Trump’s Big Lie that the outcome of the election was a Big Lie is a big lie.

The fact that Trump is lying is not news. What is news is that, shorn of public office, Trump continues to define truth for his party.

There is a German word for a political organisation in which the duty of members is loyalty to a leader who alone defines what is true: it is Führerprinzip.

The amateurish “stop the steal” movement of the last election has now morphed into a well-advanced project. One part of this is to remove officials who stopped Trump’s effort to reverse the results in 2020. But the main aim is to shift responsibility for deciding electoral outcomes to legislatures.

Trump is, alas, not alone. Freedom in the World 2021, from the independent US watchdog, Freedom House, published in February, reported a 15th consecutive year of decline in the health of liberal democracy. The “democratic recession” noted by Larry Diamond about 15 years ago is now close to a “democratic depression”.

This decline occurred in all regions of the world, notably in the democracies that emerged after the cold war. But, most significantly, it is observable in core western democracies and, above all, the US, much the most important of all democracies.

How democratic capitalism was born

According to the Polity IV database, there were no democracies two centuries ago. Even where republican institutions did exist, the franchise was highly restricted, on the grounds of sex, race, and wealth.

Then in the 19th century franchises were widened and universal suffrage democracy emerged and spread in fits and starts to cover half of the world’s countries after 1990.

Why did this happen? The answer lies with the emergence of a marriage between a liberal economy and democratic politics. Market capitalism and democracy are, in my view, “complementary opposites”.

The market economy and universal suffrage democracy both reject ascribed hereditary status. They both embrace the idea that people are entitled to decide important things for themselves.

Market capitalism rests on ideals of free labour, individual effort, reward for merit and the rule of law. Democracy rests on the ideals of free discussion and debate among citizens when making the law.

Historically, the market economy brought urbanisation, rising demand for an educated workforce, the working class as a political force, and a new opportunity for a “positive sum” politics.

This then is why the market economy and liberal democracy are complementary.

Tensions between capitalism and democracy will inevitably emerge.

If the economy fails to serve the interests of the majority, the sense of shared citizenship will fray and demagogues will emerge, as Plato himself warned in the Republic. Democracy may then be transformed into a “plebiscitary dictatorship”, which in practice means the arbitrary rule of one person.

In sum, the political weight of people close to the middle of the income distribution must be dominant, as Aristotle insisted, if democracy is to work.

What has gone wrong with democratic capitalism

Large rises in inequality and the deteriorating prospects of the old “respectable” working and middle class in core democracies have been breaking the foundations of democracy.

The fear of downward mobility has created “status anxiety” and political cynicism. These have then been diverted by skilled propagandists into cultural and racial resentments, especially in ethnically diverse societies.

The emergence of the “new media” have facilitated these trends. But they have not created them.

A big question is what has happened to create this “status anxiety”, especially in people who did not go to college.

In the long run, the important phenomena have been economic: stagnant real wages and incomes at the middle of the distribution, rising inequality, declining social mobility, de-industrialisation and job insecurity.

The most painful indicator of the social dysfunction has been falling life expectancies among non-college-educated white people in the US, noted by Anne Case and Angus Deaton in their seminal study of “deaths of despair”. This phenomenon may also be emerging in the UK.

As Raghuram Rajan argued, easy credit papered over these trends. But that blew up in the financial crisis. The scale and visibility of the crisis and subsequent rescue of the banks and bankers convinced many that the elite was both corrupt and incompetent.

That is why the Republican establishment became so ripe for a populist take-over. But in truth what happened discredited the establishment in both parties (as it did in the UK over Brexit).

The shift towards skill-intensive sectors and technologies, de-industrialisation of the labour force, globalisation and the rise of China were the product of powerful economic forces.

Yet there is also substantial evidence of the emergence of a “rentier” capitalism, with declining competition, rising monopoly, and unbridled self-seeking by corporate executives.

Furthermore, the role of money in politics, especially in the US, has eroded the tax base and the effectiveness of regulation.

There is substantial evidence, too, that the policy preferences of the majority of Americans are put aside in favour of those in elite positions.

No wonder people are cynical about politicians! They are thought to be for sale. And, of course, they are.

In an important book, Branko Milanovic argues that capitalism is “alone”: it has won. No other credible system for organizing production and exchange in a complex modern economy now exists.

There are in fact two forms of authoritarian capitalism.

The most common version today derives from a hostile takeover of democracies. The would-be autocrat eats out democracy from within. Features of such regimes include: a narrow circle of trusted servants, promotion of members of the family and “power ministries” that are loyal to the leader personally. Plutocrats may support the gangster in charge. But, ultimately, they survive only as cronies.

The other challenger is “bureaucratic authoritarian capitalism”. A communist bureaucracy operating a capitalist economy can be self-disciplined, long-sighted, technocratic and rational. Even so, bureaucratic capitalism also suffers from the vices of authoritarianism, especially the tendency towards corruption, and crony capitalism.

These failings damage both the economy and political legitimacy. Xi Jinping’s anti-corruption drive derives from his conviction that it is so. No doubt, he is right.

Bureaucratic authoritarian capitalism is a significant challenger to western democratic capitalism. Yet, we must not despair.

Liberal democracy has come through many challenges over the past century. Remember the state of Europe in May 1940 or its post-war division.

More fundamentally, I remain convinced that it is the right system. It rests on the magnificent belief in the right of people to make up their own minds and lead lives they choose within societies whose joint decisions are taken with the active consent of the governed.

The renewal of democracy and capitalism must be animated by a simple, but powerful, idea: citizenship.

If democracy is to work, we cannot think only as consumers, workers, business owners, savers, or investors.

We must think as citizens.

Today, citizenship must have three aspects: loyalty to democratic political and legal institutions and the values of open debate and mutual tolerance that underpin them; concern for the ability of fellow citizens to live a fulfilled life; and the desire to create an economy that allows citizens to flourish.

So, what might a return to the idea of citizenship mean, in today’s challenging global environment?

It does not mean that democratic states should have no concern for the welfare of non-citizens, far from it.

It does not mean that states should cut themselves off from free and fruitful exchange with outsiders.

It does not mean that states should not co-operate closely with one another in order to achieve shared goals.

Yet there are things it clearly does mean.

It means that the first concern of democratic states is the welfare of their citizens.

It means that every child should have the chance to acquire an education that allows them to participate as fully as possible in the life of a high-skilled modern economy.

It means that every citizen should have the support needed to thrive, even if burdened by the ill luck of illness, disability and other misfortunes.

It means that every citizen should be free from abuse, physical and mental.

It means that workers should also be able to co-operate with other workers, in order to protect their rights to decent treatment.

It means that citizens should regard it as their duty to pay taxes sufficient to sustain such a society.

It means that corporations should recognise that they have obligations to the societies that make their existence possible.

It means that citizens are entitled to decide who is allowed to come and work in their countries and who is entitled to share the rights of citizenship with them.

It means that politics must be susceptible to the influence of all citizens, not just that of the wealthiest.

It means that policy should seek to create and sustain a vigorous middle class, while ensuring a safety net for everybody.

It means that all citizens, whatever their race, ethnicity, religion or gender, are entitled to equality of treatment, as individuals.

The world has changed too profoundly for nostalgia to be a sane response. Be it on the right or the left, going back to the past is a fantasy.

Yet some things remain the same. Human beings must act collectively as well as individually. Acting together, within a democracy, means acting and thinking as citizens. If we do not do so, democracy will fail.

It is our duty to ensure it does not. 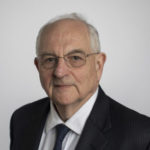