Some Considerations on ‘Rationality’

In this post, I would like to explore the views of preferences and behavior outlined in MWG Ch.1, and specifically the view of rationality developed in this first chapter.

In this post, I would like to explore the views of preferences and behavior outlined in MWG Ch.1, and specifically the view of rationality developed in this first chapter. The introduction to the textbook informs us that: “Chapter 1 is short and preliminary. It consists of an introduction to the theory of individual decision-making considered in an abstract setting.” (MWG, p.3). We are introduced to two approaches to the problem of modeling decisions: a preference-based approach, defining a preference relation over a set of possible choices, and imposing axioms of rationality, and a choice-based approach, focusing on observed behavior and imposing some requirements of consistency of choice with the various axioms of revealed preference, such as WARP (the weak axiom of revealed preference) and SARP (the strong axiom of revealed preference). The interesting question will be, of course, that of the relationship between the two approaches, focusing respectively on observables (consumer choices) and unobservables (preferences assumed to undergird choice and to satisfy criteria of rationality). [This distinction does not map neatly onto that between the positive and the normative since it is plausible to argue that elements of both are present in both branches of the theory][1].

The main question posed is that of whether rational preferences generate choices that satisfy WARP (the answer is yes), and whether an observed choice behavior that satisfies WARP can be generated (“rationalized”) through a ‘rational’ preference relation (the answer is not necessarily — a stronger conception of consistency in choice behavior, embodied in SARP, is required). This latter question (and the choice-based framework as a whole) is especially pertinent if the aim is to create a unified theory of individual decision-making with a “behavioral foundation” basing it on empirical evidence rather than “a process of introspection” (MWG, p.5). [This comment is actually loaded with historical significance considering that Samuelson (1947) introduced the idea of revealed preference to allow for a scientific theory of demand in response to attacks on the notion of utility as a purely subjective unverifiable state of mind. The Samuelson programme was indeed to develop a theory refutable by observable data. We will turn to issues relating to falsifiability in a subsequent post!].

The two axioms of rationality proposed in the text are completeness of the preference relation (we must always be able to compare a pair of alternatives and assign a preference ranking) and transitivity (the sequence of pairwise comparisons cannot result in intransitive choices). In short, rationality is identified with the presence of a complete description of consistent preferences. As flagged by MWG, these are strong properties that might fail as positive claims regarding behavior:

The student of microeconomics can think of at least two interesting problems. First, what are the implications for microeconomic theory of the shortcomings of rationality axioms as positive statements? Is the theory flawed if it is based upon axioms that do not correspond to reality? And second, considering the axioms of rationality as normative statements, what are their merits and demerits considered as such?

Many take the view that the fact that standard assumptions of rationality might be challenged empirically need not give us undue anxiety. We are modeling reality and for this purpose must engage in some abstraction and simplification, developing analytical tools that are close-enough approximations of reality. However, one might wish to engage in a critique of the behavioral foundation of microeconomics which focuses not so much on potential empirical violations of rational behavior, but rather on the fact that the framework ignores psychological mechanisms underlying choice altogether – this is both its strength (the theory can accommodate any behavior, as long as it is consistent in the sense it understands the term[2]) and its weakness (ignoring the substantive psychological content of motivations can lead to a loss as well as a gain in explanatory power, as brought out well by Amartya Sen (1977) in his classic article “Rational Fools”, discussed further below).

Before we address this broader issue, it is worth mentioning that the view of rationality outlined in Ch.1 is far from settled in the literature: there is debate regarding the merits of completeness and transitivity as normative requirements. For example:

Some will argue that raising such considerations involves intellectual nit-picking, but it is far from obvious they are right. Raising critical questions can open interesting avenues of exploration. Could the microeconomic theory of decision-making be made more powerful (with more explanatory power, encompassing a broader range of reasonable behavior) if rationality were understood differently, or for that matter if rationality were given a much less central role? If we consider preferences as “reasons for behavior, that is, attributes of individuals – other than beliefs and capacities – that account for the actions they take in a given situation” (Bowles, 2006: 99), we might be interested in a broader understanding of rationality that is not strictly limited to observed behavior but encompasses psychological drives and motives, for instance having good reasons for acting as one does. [Max Weber’s influential distinction between instrumental rationality (the choice of means so as to help attain the actor’s own rationally pursued and calculated ends), and value rationality (actions driven by belief in the value of acting in a certain way for its own sake) is worth recalling here].

Why are the required completeness and consistency in choice so important to establish rational choice? The answer that seems to emerge here is that the rationality axioms presented in MWG are not compellingly supported either as empirical truths or as normative statements. Rather the axioms are employed as a matter of mathematical convenience, guaranteeing the ability to model preference and choice mechanistically, and to construct the useful conceptual device of the utility function. Intransitive behavior, for instance, and indeed any behavior which violates WARP[4] (such as that driven by menu-dependence) cannot be described in terms of the maximization of a utility function. We ought to ask whether this is a good enough reason to endorse the approach being pursued and we ought to at least raise the following questions: Are we, economists, being complacent? What is at stake exactly with utility functions (and why do we need them)? Are there more sophisticated frameworks that could allow for new ways of thinking of utility functions so as to accommodate other forms of behavior (for example frameworks that would allow for the instability of preferences over time, as new information is revealed)? Is there merit to pursuing an approach which recognizes the substantive diversity (intra-personally as well as inter-personally) of kinds of human motivation rather than reducing them to the ‘maximization of utility’? Does microeconomics need new normative and behavioral foundations?

Some economists are indeed of the view that less restrictive preference assumptions are needed to provide more adequate models of behavior. Far from being isolated efforts, it seems that there is much cutting-edge research in economics (both mainstream and heterodox!) moving in this direction, and that economists concern themselves with such issues much more than a straightforward reading of MWG Ch.1 would suggest. Now is not the time and place to draw an extensive summary of all this research. However, we can mention, briefly, various modeling efforts to capture endogenous preferences, various models of habit formation in commodity markets, studies of bounded rationality, contributions in the field of evolutionary economics, etc.[5] These various refinements (and analytical tools) suggest that a more nuanced view of human behavior is possible and may even lead to new insights. The search for new normative and behavioral foundations can lead (hopefully) to some enhanced understanding of the relevant dynamics underlying exchange processes and social interaction.

Putnam, H. (2002). The Collapse of the Fact-Value Dichotomy and Other Essays, Cambridge, Mass.: Harvard University Press.

[1] The theory of choice and preference, like many areas in economics, might be thought to consist of ‘hybrid’ concepts, in which observations of fact and ideas of what is or ought to be valued are complexly ‘entangled’. See e.g. Hilary Putnam (2002), The Collapse of the Fact-Value Dichotomy and Other Essays, Harvard University Press.

[2] “A foolish consistency is the hobgoblin of little minds, adored by little statesmen and philosophers and divines.” (Ralph Waldo Emerson, Self-Reliance)

[3] H. Putnam further develops these arguments in Putnam (2002), chapter 5 (On The Rationality of Preferences).

[4] In empirical studies of consumer behavior, WARP is often violated, perhaps in a third to a half of observations. Is this the glass half full or half empty?

[5] There is also interest in the economic model of rationality on the part of social scientists in other fields. For example, Jon Elster is currently working on a three-volume critical analysis of homo economicus, Traité critique de l’homme économique based on his Collège de France lectures (to my knowledge only the first two volumes have been published). The first volume explores the possibility of disinterested action (Elster, 2009). The second volume studies the hypothesis of rationality in economics and the mechanisms of irrational behavior (Elster, 2010). 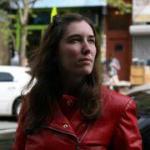