Simon Johnson: The Problem of Too Big to Fail Is Even Bigger Than Before 2008

Simon Johnson, Professor at MIT and former chief economist of the IMF, calls for much higher capital requirements for big banks.

Five years have passed since the collapse of Lehman Brothers and the near meltdown of the global financial system. In various countries, a host of new regulations has been enacted to tighten the safety net in the global banking system. But Simon Johnson remains skeptical. The professor of economics at MIT and former chief economist of the International Monetary Fund warns that regulation such as the Basel III framework does not go far enough to effectively increase robustness in the financial system.

Professor Johnson, five years have passed since the collapse of Lehman Brothers. Is the financial system any safer today?

No, it is not structurally safer. The underlying incentives and rules have not changed, or not enough. It might be somewhat safer because people in financial markets got burned badly in 2008 and have become a little more cautious. But looking out five years, we should expect a repeat of the cycle and see something like that or even worse to happen again.

So, if a big bank failed today, the financial system would be in no better shape to handle it than five years ago?

It would of course depend on the exact circumstances, but there are certainly plenty of vulnerabilities out there.

Which vulnerabilities worry you the most?

The lack of equity capital in a lot of the big international banks. Second, they remain very big and intertwined across many jurisdictions, including but not only through derivatives. That makes any kind of near fail situations very difficult to handle. And as you know, there still is no crossborder framework for dealing with that. Third, there is still a lot of reliance on short term wholesale financing through money market funds. That was a big source of vulnerability in 2008, and that could come back to us again.

So the problem of too big to fail is still very much with us?

There was a vast regulatory response on global and national levels after Lehman. Why did that not succeed in making the financial system safer?

It is a combination of reasons. The key policy makers did not want to push too far in terms of reform. Perhaps it was because they did not believe in it and perhaps they thought it would slow down the recovery of the economy. Then of course the banking industry got back on its feet and the lobbying dollars became available again. The main industry strategy was simple: delay, delay, delay. Recognizing that the longer you delay things, the less likely they are to happen.

And they have been successful with that.

Oh yes, it is one of the best organized and financed lobbies we have seen in modern democracies.

What should have been done if we really had wanted to increase the robustness in the world financial system?

During the crisis, one or more of the big banks should have been taken through a resolution process and wound down. And when time came for reform, they should have broken up the big banks and introduced much higher capital requirements.

You mean a re-enactment of some kind of a Glass-Steagall Act?

You could do it through a Glass-Steagall or through a hard size cap on the balance sheet of the bank. Simply limit the size of the firms. In the United States, some combination of those would have been the right way to go.

Yes, absolutely. They do not go far enough by a long way. We have seen Sir John Vickers, chairman of the Independent Banking Commission in the UK, saying that we should move capital requirements to the region of 20% instead of 10%. And I think that would be the right direction. Basel III recommends 10%. But that is all on a risk-weighted basis, where a lot of funny accounting is going on. It is really not enough of a buffer against future losses.

Many countries are still debating on how and whether to introduce all the Basel-III recommendations. Would it be better to scrap the whole thing and start again?

Well, Europe is in trouble because they are still debating about Basel III. In the United States, the debate has already shifted to how far beyond Basel III we should go. That is the right approach. These big international negotiations take years and usually do not lead to very much. Every country should make its own decisions and take the necessary steps further to increase financial stability. It is a question of how much political courage the national regulators have.

How much equity capital should a globally active bank have? The economists Martin Hellwig and Anat Admati argue that we should be talking about 10 to 20% on an non-risk-weighted basis. Is that your view too?

Yes. Hellwig and Admati make a very strong case for higher capital requirements and much less leverage in bank balance sheets. They are very convincing.

The banks argue that equity is expensive, and that higher capital requirements will slow down the economy. What do you make of that?

The banks are lobbying and making these arguments up. There is no factual basis for their arguments. If you implement higher capital ratios the way it should be done, through retained earnings, you do not take anything away from the shareholders. It is a cushion against future losses, rather than have the taxpayer on the hook again. There are completely responsible ways to do this. And by the way, even Ben Bernanke, chairman of the Federal Reserve, is quoted in the minutes of a Fed meeting that higher capital requirements do not slow down economic growth.

But if you split up, say, J. P. Morgan into ten smaller banks, they could still all serially fail in case disaster hits. What do you make of that argument?

Nobody is saying that there is one magic bullet. You want to have other safety mechanisms as well. The analysis actually says that you would create more shareholder value if you split up a bank like J. P. Morgan into different pieces. About the idea that they would all fail at the same moment: Yes, it is a theoretical possibility, but so is it theoretically possible that the world gets struck by a big meteor that would cause eternal winter.

The big universal banks argue that they have inherent diversification, which acts as a buffer against risk.

Again, that is an interesting theory. But what we have seen in Europe, where the universal banking model is prevalent, has actually been rather tragic for your economies. The universal banks did not diversify their risks, they used their size relative to the economy to take on more risk and concentrate that risk. And I think you would agree that there have been some spectacular bank failures in Europe and some situations where very large financial institutions needed a government bailout. The idea that the universal banking model protects you is a theory that is not supported by the facts.

Are banks in Europe even weaker than in the United States?

You have to be careful with comparisons between US GAAP and IFRS because of the way derivatives are accounted for. But if you look on an apples to apples basis, there are some big European players that have significantly lower capital levels than their US counterparts. The level in the US is not impressive and needs to be higher, but in Europe you have some very weak players, including most notably Deutsche Bank.

UBS and Credit Suisse count among the best-capitalized banks when looking at their core tier one ratio. But their leverage ratio is below 3%. Is the risk-weighted approach even something we should look at?

In some situations it can be informative, for example to the management of the bank. But it can also be highly misleading. All that we really know about risk weights is that in every crisis they are completely wrong. I am in favor of moving to regulating the leverage ratio. I am not saying the risk weighted approach has no information, but some very big mistakes have been made in risk-weighing the assets, also in the case of UBS.

So the Swiss should not feel too safe when we see our two big banks touting their high core tier one ratios?

The Swiss taxpayer should be pushing for much higher equity as reflected in a leverage ratio of six to ten per cent or even higher, if possible. You in Switzerland have a particularly extreme problem, as those two banks are huge in comparison to Swiss GDP. That is a big vulnerability, compared to any advanced economy. You need to be very careful when you allow these balance sheets to grow so big, because ultimately, that is an implicit liability for the Swiss tax payer should they get into trouble.

Why can we not just let banks go under and let the system cure itself?

You remember that idea was very influential in the early 1930s, when large numbers of banks in Europe and the US did fail. That helped cause the Great Depression. Since that time, we have recognized that there are big externalities we have to worry about. Having said that, I am very sympathetic that investors who have bought equity and bonds in such a bank should lose, and that management should lose too. We need to find a balance between making sure that you can fail and lose your investment, and preventing systemic panic. We have leant too far towards protecting investors and management, and that has created a much bigger moral hazard in recent years. 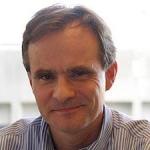