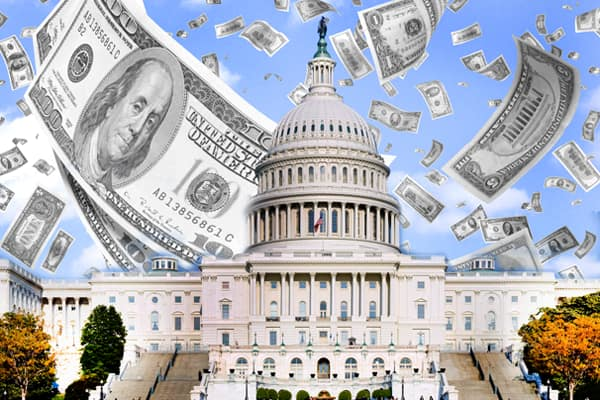 Unregistered lobbyists, including former members of Congress, are a key resource for lobbying firms

America’s system for regulating political money is built on the idea of transparency. In the case of special interest lobbying, ever since the Foreign Agents Registration Act (FARA) in 1938, the guiding principle of lobbying regulation in the US has been to balance the freedom to lobby against obligations to report on the nature of the lobbying activity. Since 1996, the governing legal framework for reporting at the federal level has been provided by the Lobbying Disclosure Act (LDA).

Donald Trump came into office in 2016 having popularised a number of novel election slogans, including “drain the swamp.” Few would say that he fulfilled that promise. But the issue behind the slogan continue to matter. The US federal lobbying industry is still dysfunctional and still very large in economic size and likely political influence. And the challenge that special interest influence presents is one that transcends partisan politics: swamp creatures include both Democrats and Republicans.

Lobbying Disclosure and the 20% Rule

In our new INET working paper “Shadow Lobbyists” we look closely at some core provisions of the LDA, namely those related to the rules for reporting. The LDA is not a strong framework: it only requires individuals to register and report their lobbying activities when 20% or more of their time is spent on lobbying. This provision has been nicknamed the ‘Daschle Rule’ in reference to the case of Tom Daschle, the ex-Democratic leader in the Senate who, after leaving the Congress in 2005, enjoyed a long career as an employee of firms with significant lobbying practices before eventually registering as a lobbyist in early 2016. On the Republican side, perhaps the most notable similar case is that of former House Speaker Newt Gingrich, who acted as a ‘Strategic Advisor’ for Freddie Mac - and reportedly received $1.6 million in compensation for this work - but was not registered as a lobbyist at any point.

The cases of Daschle and Gingrich represent peak examples of the unregistered or ‘shadow’ lobbying activity that a range of commentators have argued is a potentially significant, unmeasured part of Washington’s lobbying industry. This is obviously a problem for transparency: we cannot keep accountable activities that we simply do not observe.

Our study tests for meaningful financial evidence that shadow lobbying has indeed been going on in Washington. While we cannot see exactly what potential unregistered lobbyists are doing when they go to work for lobbying firms, statistical methods allow us to back out the financial implications of their presence. The guiding idea of our approach is to look at what happens to LDA-reported lobbying firm revenues when ex-Congressman and major ex-Congressional Staffers join or exit firms. Do lobbying revenues significantly increase when these potential unregistered lobbyists join a firm? And does any such revenue increase exceed what we would expect from people contributing 20% or less of their time to LDA-defined lobbying activities?

Where are the Shadow Lobbyists?

The first step in our analysis is to collect data on the ex-Congressman and ex-Staffers who join lobbying firms. This indicates that there are 109 potential shadow lobbyists working as part of Washington lobbying firms over the 1998-2012 period that we consider. The majority of these lobbyists emerged in the late 2000s, after various ‘revolving door’ restrictions on post-Congressional employment were implemented.

Furthermore, there is a notable clustering of shadow lobbyist activity across different types of firms. Shadow lobbying is concentrated either in large lobbying firms (with 10 or more lobbyists on average) or boutique small firms (with less than 5 lobbyists on average). Respectively, these two groups are the homes for 50.5% and 39.5% of the identified shadow lobbyists. On closer inspection, the sub-group of ex-Congressman and women and senior ex-Staffers in the small firms plausibly look like they are only partially attached to the lobbying industry. Many of these firms only report revenues occasionally and have their main business in other professional areas such as legal or consulting services.

The group of large firms is where the swamp is deepest and therefore becomes the main setting for our statistical analysis of shadow lobbying. In economic terms, big lobbying firms are good locations for unregistered lobbyists to either obtain some legitimate leverage from working with teams of registered lobbyists (and thereby staying within the 20% threshold) or simply good places to hide more extensive ‘shadow’ lobbying activity.

The contribution of shadow lobbyists to the overall revenues of the large firms in which they work is far from trivial. We calculate that shadow lobbying accounts for 4.9% of the growth in revenues for the relevant firms in the period we cover, compared to the 24% of growth explained by the rising proportion of revolving door lobbyists. The shadow lobbyist workforce at these large Washington lobbying firms is also 3.8% of the size of the official set of registered lobbyists they employ. Put another way, one in thirty lobbyists at these firms is an unregistered shadow lobbyist.

The Future of US Lobbying

We emphasize that our study is focused on one part of the lobbying industry (large lobbying firms). These firms represents are a major part of the industry but they are not the sole economic locations for shadow lobbying activity. Unregistered ex-Congressional personnel also work for ‘in-house’ lobbying units as well as in think-tanks that are heavily involved in sponsored advocacy work. We focus on these lobbying firms because they report commercial revenues. This means that we are able to actually test for financial evidence that shadow lobbying is real and profitable. There are many other niches in the swamp within where shadow lobbying is occurring but is not detectable in financial terms. The extent of shadow lobbying is likely to have gone up rather down in the time period after our study, and a major priority for research is therefore the difficult process of data collection. Specifically, this involves tracking movements through the revolving door more closely. It is also clear that it is time to put some teeth in the LDA, with more meaningful reporting requirements, better monitoring and more serious sanctions for rule-breaking. Post-election periods are usually times for the discussion of reform and the raising of ambitions. When Trump, Biden, McConnell, Pelosi and even QAnon have left the stage, the ‘swamp’ will still be there, with all its secret creatures and hidden niches. 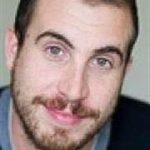 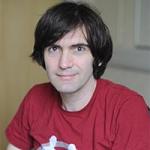 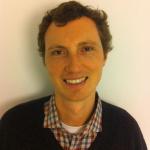