Our welfare depends not only on our actual consumption, but also on alternate choices wedid not make.

It’s November. Outside there is nothing but grey skies and days are so short that you benefit from a little daylight. It seems that you have been working forever without a vacation. So, the idea that you might want to reward yourself with a vacation somewhere warm crosses your mind. After all, you deserve it. Suddenly you imagine yourself on the beach, tropical music playing in the background, sipping pina coladas. It seems perfect.

However, you sober up quickly when you look at your finances and realize the hefty burden this would place on your credit card. So instead you forego the beach vacation plans and settle on a trip to visit family. No pina coladas, only distant cousins. Even though you enjoy the vacation, the thought of lying on the beach still makes you think you could have had a better time.

This story exemplifies a natural idea that is not embedded in classical economic theory but is explored in recent paper I published with Jean-Denis Garon in the journal International Tax and Public Finance: namely that our welfare depends not only on our actual consumption, but also on alternate choices wedid not make. There is empirical evidence that we suffer when we abandon the most tempting option for the “reasonable” one. We all want the beach vacation, or the latest trendy cellphone, and so on. Although we know that we must save, we feel a form of mental suffering when we forego a desirable consumption good. Economists call this feeling the cost of self-control.

This idea has two important consequences on society, particularly in terms of savings for retirement. First, when faced with the emotional cost of self-control individuals will be tempted to save less for retirement. By saving less, individuals reduce the cost and thus feel better off in the moment, but they are also sacrificing future consumption. Second, individuals face lower self-control costs if they have less cash-on-hand. Reducing the amount of money people have available also reduces the value of the most tempting alternate option.

Taken together, these consequences mean that taxing individuals and giving them back the taxed amount for retirement can improve their own welfare. Taxing reduces cash-on-hand and increases savings for retirement. Thus, there is grounds for governments to behave paternalistically for retirement decisions.

In the paper, we explore how this cost of self-control has an impact on the optimal design of a public pension regime. How do self-control problems affect tax rates and the degree of redistributiveness of pensions? For example, the tax rate could be high and the degree of redistribution could be low, meaning that individuals would receive exactly what they contributed through taxation. On the other hand, the redistribution aspect could also be high, meaning that the global amount collected could be redistributed equally amongst individuals regardless of their degree of contribution.

When we compare our results with those found when individuals have no cost of self-control (as in standard utility theory), we find two effects on the system. First, tax rates should be uniformly higher when people have self-control problems. Second, the system should be more redistributive.

The first point is simply a consequence of reducing the cash on hand. But the second point is more nuanced. Because individuals receive the same amount in the future regardless of how much they personally save, they reduce their private savings. By doing so, they also reduce the difference between their chosen consumption and the most tempting option. Therefore, it increases their welfare.

This paper combines different fields of economics. Readers might be interested in decision theory (in particular, behavioral economics) or public economics. Decision theory deals with the mathematical modeling of how individuals make economic decisions. Behavioral economics deals with how we make decisions based on so-called “rules of thumb” or simple behaviors (and is mostly empirical) and is, by construction, a substantive departure from the concept of the rational agent. Public economics deals with taxation, government spending, public services, and the effect of the government on the global welfare of individuals. There is a lot to be done at the intersection of these two trends of literature, as public economics become a natural approach to improve welfare when faced with “non-homo-economicus” individuals.

Pier-André Bouchard St-Amant is a post-doctoral research fellow at the Institute for New Economic Thinking. He obtained is Ph.D. from Queen’s University in Kingston, Ontario. He is interested in exploring social networks and public economics. 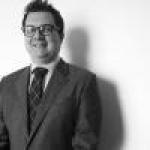