Refugees and The Economy: Lessons from History 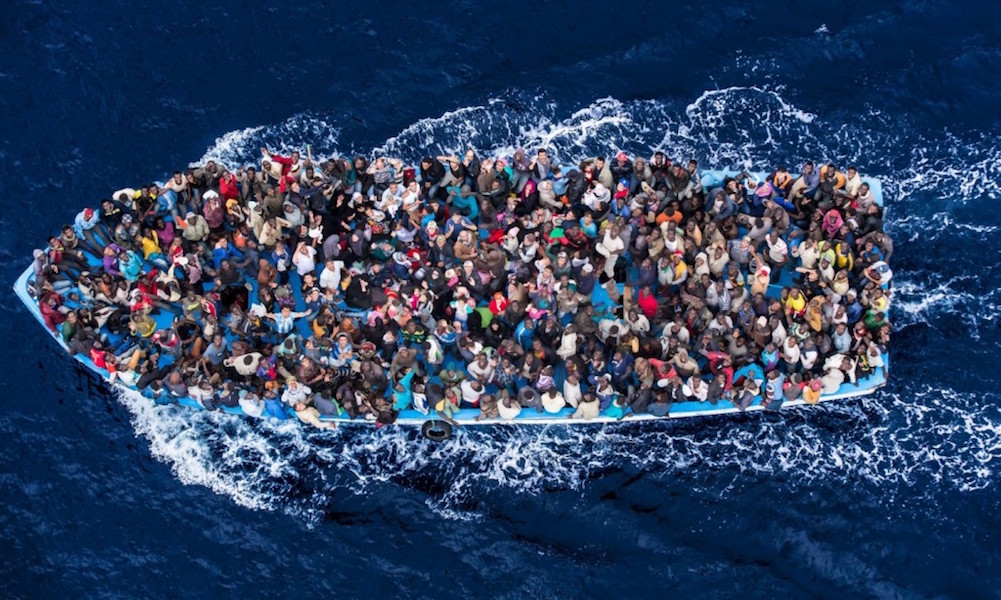 What can we learn from the Vietnamese, Cuban, Rwandan, and Syrian refugees crisis?

As Syrian refugees started to reach the European continent, discussions about the “influx of migrants” dominated media outlets, with very little attention paid to the crisis of the refugees instead of the “refugees crisis.”

Some cite national security concerns to justify closing the borders in the face of desperate refugees, while others, citing economic reasons, say: “we cannot afford to open our borders”

I am not going present a moralistic argument about our ethical responsibility to accept refugees (since anyone who cites economic reasons to justify limiting asylum seekers is not likely to be convinced by moral reasoning in the first place). Rather, I am going to talk about the economics of refugees in general, focusing on Syrians as a case study.

Although the Syrian refugee crisis is the worst since World War II, history is full of examples where people risked their lives sailing on boats in search for peace and security. Thankfully, economists have studied a handful of these examples.

After Saigon’s pro-Western regime fell in 1976, the United States resettled more than half a million Vietnamese “boat people” who had made the dangerous trip from Vietnamese coastlines. Americans were, just like today, concerned that these refugees would take advantage of the social security system in the United States. That they would “take but not give.” Today, the unemployment rate among Vietnamese Americans, most of whom are second-generation refugees, is lower than the national unemployment rate, and Vietnamese American income is higher than the average American income.

In May 1980, as the Cuban economy sharply declined amide tensions between Castro and the United States, 125,000 Cuban refugees arrived in Miami on small boats. This influx of refugees added 7% percent to Miami’s labor force. Yet, economists found virtually no effect on wages or unemployment rates in Miami. The refugees and migrants not only enlarged to the labor force, they boosted the consumer base as well.

On April 28 th 1994, when the Rwandan genocide was triggered by the crash of a plane carrying the President of Rwanda and Burundi, approximately half a million Rwandan migrated to Tanzania within a week. Economists who studied the impact of this flood of refugees found that the hosting country, Tanzania, did not suffer. In fact, there was a net economic benefit, due to the flow of money that entered the local economy via these refugees and their savings. The researchers also noticed, that when a sufficient mass of refugees enter a country, new branches of the economy begin to develop as aggregate demand widens.

Today, with the instability in Syria, Lebanon is facing a similar influx. Sheltering approximately 2 million Syrians, 25% of Lebanon’s population is now comprised of refugees. Adding insult to injury, the Syrian conflict has also resulted in a sharp decline in tourism, a leading Lebanese industry. Yet in the face of all this turmoil, the World Bank estimates that Lebanon will grow by 2.5% in 2016, the country’s highest growth rates since 2010.

Jordan, the host of almost a million Syrian refugees, is also on the path to growth. According to the IMF, the Jordanian economy is also estimated to grow by 2.6%. The same is true for Turkey, the host of more than 2 million Syrian refugees. The Deputy Director at the Turkish Central Bank has reported that wages and employment are rising as more refugees enter the country.

Even the European Commission has predicted that the Syrian refugees will bring a net gain equal to a quarter of one percent to the European economy in 2016, as a consequence of government spending (Germany predicts to spend around $20 billion dollars in 2016 on refugees). A quarter of a one percent net economic benefit might not sound like a lot; but at least the Syrian refugees are boosting growth in Europe rather than hindering it as commonly believed. It is a potential indicator that Europe might benefit from accepting even more refugees.

The positive economic impact of refugees, whether they were Vietnamese, Cubans, Rwandans, or Syrians is not surprising. It’s simple Keynesian economics. Welcoming refugees increases government spending and widens aggregate demand. Unlike most moral choices, accepting Syrian refugees today should be an easy one- as it fulfills our moral obligation, and maintains our economic interest.

The author is fully aware that objections to accepting more Syrian refugees include national security interests and integration concerns. The purpose of this blog is not to minimize those concerns, but rather to simply isolate and clarify some of the misconceptions about the impact of accepting refugees on economic growth.