OSHA in the 21st Century: Real Protection for America’s Workers

By David Michaels and Jordan Barab

With the COVID-19 pandemic infecting hundreds of thousands of workers, the Occupational Safety Health Administration (OSHA), the worker protection agency we ran for more than seven years under President Barack Obama, has never been more in the headlines. Unfortunately, it is the subject of national attention more because of its failure rather than success in tackling this epochal crisis of worker safety.

Ironically, this year marks the 50th anniversary of the passage of the Occupational Safety and Health Act (OSHAct), and the pandemic has thrown some of the limits on OSHA’s authority and ability into high relief. The devastation brought on by the crisis in American workplaces is an opportunity to re-imagine OSHA and the government’s efforts to protect the nation’s workers.

Based on our experience running OSHA during the Obama Administration and with the support of INET, we have written an essay, published in the American Journal of Public Health’s issue commemorating OSHA’s 50th anniversary, outlining some of the changes we think necessary to make OSHA a more effective agency.

Passage of the OSHAct gave workers in the United States for the first time a legal right to a safe work environment and placed upon their employers the legal obligation to provide it. Dr. Morton Corn, appointed by President Gerald Ford to run the agency, described OSHA as “the instrument of a revolutionary law… a new right in the Bill of Rights ― the right to a safe and healthful workplace.” Although the existence of OSHA and the responsibilities of employers are now an accepted part of the workplace environment, the revolutionary nature of the OSHAct and the unprecedented changes it produced in the nation’s workplace have largely been forgotten.

There is little question that OSHA’s efforts have saved tens of thousands of lives and prevented millions of injuries. Fifty years ago, 37 workers were killed on the job every day; today, with a workforce more than twice as large, that figure has dropped to 14 each day. There has also been a significant drop in workplace injuries. There is extensive evidence that OSHA standards prevent injuries and illnesses and OSHA inspections lead to decreases in injuries for several years after a workplace is inspected.

But the challenge of preventing work-related injuries, illnesses, and deaths remains large and the toll is significant. More than 5,000 workers are killed on the job every year and the fatal injury rate has stopped decreasing. Currently, employers report more than 3 million workers are injured on the job each year, and, according to the Bureau of Labor Statistics, this is a significant undercount of the actual number of injuries. Like rates of fatalities, the non-fatal injury rates are no longer decreasing, and changes in the workplace and the workforce have made OSHA’s tools and approaches increasingly less effective. There are no reasonably accurate estimates of the number of work-related illnesses that occur each year, although almost 100,000 workers die annually from past exposures to toxic substance.

Much of the burden of these conditions falls on low-wage workers, making work injuries and illnesses a component of the growth in the nation’s economic inequality; injuries and illnesses block low-wage workers from entering the middle class and push better paid workers into poverty. The failure of the workers’ compensation system to provide adequate benefits for these workers forces many of these workers on to taxpayer supported programs like Social Security Disability Insurance.

Most urgently, OSHA needs far greater resources. Its budget is tiny for its challenge: the agency covers between seven and eight million workplaces, where more than 130 million workers are employed. In 1980, the agency had 14.8 inspectors for every million covered workers; by 2018, that ratio had dropped to 5.6. OSHA today has the smallest number of inspectors in the last 40 years. With current staffing, it would take federal OSHA 165 years to visit every establishment in its jurisdiction one time.

Furthermore, the agency’s standard-setting process is broken and it often takes more than a decade for OSHA to issue new regulations. As a result, it does not have the standards it needs to protect workers from many hazards (like airborne infectious pathogens) and many of the ones it does have are out-of-date and inadequately protective.

The maximum monetary penalties OSHA can impose following an inspection are often too small to be effective deterrents. Criminal penalties with jail time for corporate directors are arguably a more effective deterrent than small monetary penalties, especially for large companies, but the current law provides for criminal prosecution only in rare instances where a worker is killed and the employer has been issued a willful violation of an OSHA standard. Even in these cases, the crime is considered a misdemeanor, punished by a maximum of six months in prison.

In order to help protect themselves and their coworkers from hazards, workers must be able to discuss their concerns with their coworkers, raise concerns with their employers, and alert OSHA or other government agencies to the presence of these hazards, all without fear of retaliation. Unfortunately, the whistleblower protection provisions in the OSHA law are very weak, especially in comparison to the protections provided by laws protecting workers who voice safety or health concerns in more recent legislation. The many threats reported against health care workers who complained about the inadequacy of protective equipment during the current pandemic are a pointed reminder that these worker protections need to be greatly strengthened.

In addition to increasing OSHA’s budget, strengthening whistleblower protections and enhancing criminal penalties, there are other obvious ways Congress could strengthen OSHA. In order to eliminate work injuries and illnesses, we must remake and modernize OSHA and restructure the relationship of employers and workers with the agency and each other.

It is widely recognized that many fatalities and serious injuries will not be prevented by simply complying with all OSHA standards. Employers who are truly committed to preventing injuries and illnesses (like many of those in OSHA’s recognition programs) understand the need for dynamic safety and health management systems (SHMSs), continuous improvement processes whose objective is to find and fix all workplace hazards – even those for which there are no OSHA standards — before workers are hurt. But OSHA’s own terminology and practice focuses on “compliance” and does not encourage employers to focus on risk. Among safety and health experts, it is axiomatic that SHMSs, in which managers have demonstrated commitment and workers are empowered participants, are the key to successful prevention of work injuries and illnesses. To increase its effectiveness, OSHA needs to move employers toward partnering with their employees in actively embracing SHMSs.

Under the OSHAct, employers are solely responsible for providing safe workplaces. The definition of employer is “a person engaged in a business affecting commerce who has employees,” and an employee is defined as “an employee of an employer who is employed in a business of his employer which affects commerce” - definitions from 1970 that seem antiquated in light of the dramatic fissuring of workplace employer-employee relationship seen in recent years and the growth of the “gig economy”.

A large and growing proportion of the workforce is employed in nontraditional employment relationships. Contractors and subcontractors perform all types of work and many contractors falsely claim their employees are “independent contractors” in which case, the contractors cannot be cited by OSHS because they are not considered employers under the law. Staffing agencies provide temporary workers to employers in every type of industry, and new sorts of staffing arrangements seem to be appearing on a regular basis. Millions of workers are involved in jobs in the “gig economy” in which their employment is mediated through online platforms.

Rather than mandate employer responsibility, a preferable approach, adopted in Australia and New Zealand, is to establish a “duty of care.” Under this model, businesses (called duty holders) have a primary duty to ensure, as far as reasonably practicable, that the health and safety of workers as well as other individuals are not put at risk by that business’s work.

OSHA is currently funded through the federal appropriations process. With all the pressures to cut the federal budget, it seems unlikely that under current budgetary rules the agency can gain the sizable budget increase it needs to grow significantly in effectiveness. However, there are alternative funding streams that offer more secure funding. The state OSHA plans of California and Washington, for example, are funded through workers’ compensation premiums. This mode of funding is appropriate, because by making the size of the payment proportional to the firm’s insurance premium, the costs of workplace safety are borne, at least to a larger extent than at present, by enterprises most responsible for workplace injuries.

There is no question that because of OSHA, countless workers have returned safely each day to their families at the end of their work shift. But we can do better. Given the unacceptable toll of work injuries, illnesses, and deaths that exist today and the special challenges that the pandemic is posing to worker safety, it is imperative that we examine and restructure OSHA and the nation’s efforts to protect the safety and health of the nation’s greatest resource: our workers. Only by making major changes can we ensure that every worker finishes their work every day as healthy as they were when their work shift began. 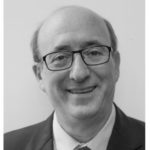