On the Link between Inequality, Credit, and Macroeconomic Crises

By Giovanni Dosi and Giorgio Fagiolo

To what extant do existing mainstream models properly address issues such as heterogeneity and interactions, which are considered central ingredients to understand economic crises as emergent, endogenous phenomena.

One of the most lively debates in macroeconomics nowadays focuses on the ability of standard macroeconomic models to forecast and explain the current economic crisis, and to provide ready- to-use policies which could restore growth, curb unemployment (see among many others Dosi, 2011; Krugman, 2011; Stiglitz, 2011) and stop policy makers navigating by sight (Blanchard et al., 2013). The debate has been raging not only among economic theorists and policy makers, but it has spilled over in newspapers and magazines (see e.g. the article on the state of economics appeared in The Economist, and the following reply of Robert Lucas).

A key point in this discussion concerns the ability of existing (mainstream) models to properly address issues such as heterogeneity and interactions, which are considered central ingredients to understand economic crises as emergent, endogenous phenomena. In his opening address at the ECB Central Banking Conference 2010, Jean-Claude Trichet, the former president of the ECB, notes that “the atomistic, optimizing agents underlying existing models do not capture behavior during a crisis period. We need to deal better with heterogeneity across agents and the interaction among those heterogeneous agents.” Furthermore, he proposes a possible solution to this problem: “Agent-based modeling dispenses with the optimization assumption and allows for more complex interactions between agents” (Trichet, 2010).

An “empirically-grounded” approach to macroeconomic analysis

This post reports on recent research attempting to fill this gap and employing agent-based models (Tesfatsion, 2006) to explore the properties of macroeconomic dynamics during normal and crisis times (Dosi et al., 2010, 2013).

We develop a family of agent-based models that investigate two key issues in the current economic debate: i) the role of increasing income inequality as one of the triggering factors of the crisis (see e.g. Kumhof and Ranci`ere, 2011; Bordo and Meissner, 2012; Stiglitz, 2012); (ii) the short- and long-run impact of monetary and fiscal policies. Two key features of our agent- based approach are that agents are heterogeneous and that markets (e.g., the labor market) do not always clear at any point in time. In this framework, the statistical relationships exhibited by macroeconomic variables should therefore be considered as “emergent properties” stemming from microeconomic “disequilibrium” interactions. Moreover, agents’ behavior is rooted in micro empirical evidence, thus providing an explicit “behavioral” microfoundation of macro dynamics (Akerlof, 2002). The robustness of such empirically-grounded approach is then checked against its capability to statistical account, jointly, for a large set of empirical regularities both at the micro and macro levels.

The model thus combines a traditional “Keynesian” mechanism of aggregate demand generation with a “Schumpeterian” innovation-fueled process of growth. These two dynamics are in turn nested into an endogenous credit dynamics. In the model, higher production and investment levels rise firms’ debt, eroding their net worths and consequently increasing their credit risk. Banks, in turn, tighten their credit standards. This increases the level of credit rationing in the economy and forces firms to curb production and investment, thus setting the premises for economic-activity slumps.

In general agent-based models do not lend themselves to analytical solutions. Therefore, their properties must be analyzed via extensive computer simulations, which we perform via a three- step strategy. First, we empirically validate the model, i.e., we assess whether the statistical properties of artificially generated microeconomic and macroeconomic data are similar to the empirically observed ones for a large range of model parameters. Second, we explore the role of income inequality as a source of instability at the aggregate level. Third, we use the model as a sort of policy laboratory, exploring the short- and long-run effects of different fiscal and monetary policies under different income distribution scenarios.

On the policy side, simulation exercises reveal the strong interactions between fiscal and monetary policies on the one side, and income distribution on the other. Fiscal policies do not only dampen business cycles, reduce unemployment and the likelihood of experiencing a crisis. In some circumstances, they are also able to affect long-term growth. The effectiveness of fiscal policy is strictly linked to income inequality: the more income distribution is skewed toward profits, the greater the effects of fiscal policies (see Figure 3). Conversely, on the monetary policy side, we find a strong non-linearity in the way interest rates affect macroeconomic dynamics. More specifically, there exists a threshold beyond which increasing the interest rate implies smaller output growth rates and larger output volatility, unemployment and likelihood of crises. Also the impact of interest rate policies is affected by income distribution: changes in interest rates have a mild impact in less equal economies, because higher profit rates allow firms to be relatively more independent from bank credit. Similarly, the sensitivity of real variables to policies affecting credit multipliers falls with higher profit margins.

We draw two main lessons from our exercises. First, from a policy perspective, simulation results support the view that income inequality is a potential cause of economic instability: economies where income inequality is higher are also more prone to crises. In addition, they strongly sup- port the idea that counter-cyclical fiscal policies are a necessary condition to keep the economy on a “virtuous” high-growth path. Needless to say, if there is some truth in our conclusions they run exactly counter the current European recipes: the recent fiscal austerity programs pursued by EMU countries are likely to worsen the state of the economy, further lowering the rate of growth, and increasing the instability of European economies. Second, from a methodological perspective, the whole exercise suggests the very possibility of providing alternative theoretical tools to policy makers, which can endogenously account for crisis emergence within a general disequilibrium macroeconomic-dynamics rooted in an explicit empirically-grounded microfoundation of interactions and individual behaviors.

Stiglitz, J., 2011. Rethinking Macroeconomics: What Failed, and How to Repair It. Journal of the European Economic Association. 9, 591–645. 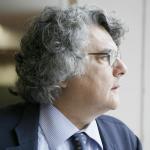 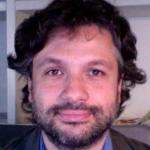