On Arrest Filters and Empirical Inferences

I’ve been thinking a bit more about Roland Fryer’s working paper on police use of force, prompted by this thread by Europile and excellent posts by Michelle Phelps and Ezekeil Kweku.

This article was originally published at rajivsethi.blogspot.com

The Europile thread contains a quick, precise, and insightful summary of the empirical exercise conducted by Fryer to look for racial bias in police shootings. There are two distinct pools of observations: an arrest pool and a shooting pool. The arrest pool is composed of “a random sample of police-civilian interactions from the Houston police department from arrests codes in which lethal force is more likely to be justified: attempted capital murder of a public safety officer, aggravated assault on a public safety officer, resisting arrest, evading arrest, and interfering in arrest.” The shooting pool is a sample of interactions that resulted in the discharge of a firearm by an officer, also in Houston.

Importantly, the latter pool is not a subset of the former, or even a subset of the set of arrests from which the former pool is drawn. Put another way, had the interactions in the shooting pool been resolved without incident, many of them would never have made it into the arrest pool. Think of the Castile traffic stop: had this resulted in a traffic violation or a warning or nothing at all, it would not have been recorded in arrest data of this kind.

The analysis in the paper is based on a comparison between the two pools. The arrest pool is 58% black while the shooting pool is 52% black, which is the basis for Fryer’s claim that blacks are lesslikely to be shot by whites in the raw data. He understands, of course, that there may be differences in behavioral and contextual factors that make the black subset of the arrest pool different from the white, and attempts to correct for this using regression analysis. He reports that doing so “does not significantly alter the raw racial differences.”

This analysis is useful, as far as it goes. But does this really imply that the video evidence that has animated the black lives matter movement is highly selective and deeply misleading, as initial reports on the paper suggested?

Not at all. The protests are about the killing of innocents, not about the treatment of those whose actions would legitimately plant them in the serious arrest pool. What Fryer’s paper suggests (if one takes the incident categorization by police at face value) is that at least in Houston, those who would assault or attempt to kill a public safety officer are treated in much the same way, regardless of race.

But think of the cases that animate the protest movement, for instance the list of eleven compiled here. Families of six of the eleven have already received large settlements (without admission of fault). Six led to civil rights investigations by the justice department. With one or two possible exceptions, it doesn’t appear to me that these interactions would have made it past Fryer’s arrest filter had they been handled more professionally.

The point is this: if there is little or no racial bias in the way police handle genuinely dangerous suspects, but there is bias that leads some mundane interactions to turn potentially deadly, then the kind of analysis conducted by Fryer would not be helpful in detecting it. Which in turn means that the breathless manner in which the paper was initially reported was really quite irresponsible.

For this the author bears some responsibility, having inserted the following into his discussion of the Houston findings:

Given the stream of video “evidence”, which many take to be indicative of structural racism in police departments across America, the ensuing and understandable outrage in black communities across America, and the results from our previous analysis of non-lethal uses of force, the results displayed in Table 5 are startling… Blacks are 23.8 percent less likely to be shot by police, relative to whites.

His claim that this was “the most surprising result of my career” was an invitation to misunderstand and misreport the findings, which are important but clearly limited in relevance and scope.


Update: If you follow the links at the start of this post, you’ll see a case made that Fryer’s own findings of bias in the use of non-lethal force suggest that the composition of the arrest pool will be altered by bias in the charging of innocents for resisting or evading arrest.

It occurred to me that the same data used to examine use of non-lethal force (from the citizen’s perspective) could also be used to get an estimate of this effect. This is the Bureau of Justice Statistics Police-Public Contact Survey. If anyone had done already this please let me know, I’d be interested to see the findings. 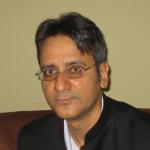