Monetary Policy in a Post-Crisis World: Beyond the Taylor Rule 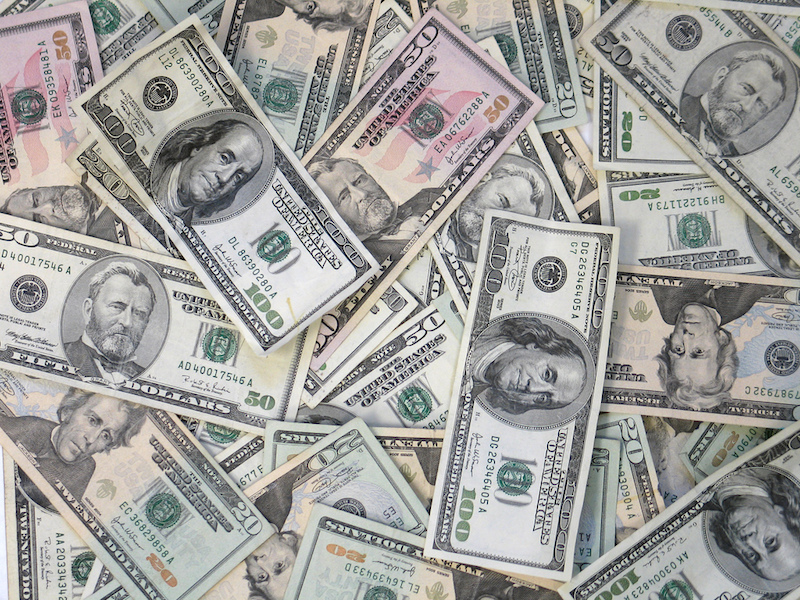 We know about emergency lending, but what we are missing is the macroeconomic framework to guide a new rule for stabilization policy

The following is in blog form the substance of a talk I gave Sept 7 at a Mercatus conference, “Monetary Policy Rules for a Post-Crisis World.”

“Rules versus discretion” is a hardy perennial of monetary policy debate, dating from earliest debates between Bullionists and anti-Bullionists, to the 19th century Currency School versus Banking School, up to the 20th century monetarists versus Keynesians. The reason this debate is perennial, according to me, is that it is fundamentally about whether the current state of affairs requires more discipline or more elasticity. The monetary system changes over time so that sometimes one side is right and sometimes the other. Also, the multiple parts of the system are rarely in sync so that what is needed in one part (or area) is not the same as what is needed elsewhere.

From this point of view, Henry Simons, in his famous 1936 ” Rules Versus Authorities”, did us all a disservice by overlaying this perennial monetary debate onto the most pressing debate of his own time: Economics versus Politics, Liberalism versus Socialism, Rule of Law versus Arbitrary Authority, Freedom versus Tyranny. After Simons’ overlay, it was no longer possible to consider the possible virtues of the opposing position, if only for a different time or a different place. One side was right, and the other was wrong, on moral and principled grounds, no room for debate, are you with us or against us?

Here possibly we find the reason for so much heat in the long-ago debate between Friedman’s 3% money growth rule, and the Keynesian advocacy for countercyclical fiscal policy. And here also possibly we find the reason for so little light from that debate, at least at the time. With the benefit of historical distance, perhaps we can step away from the ideological overlay and examine the analytical substance underneath.

In a sense, the central question was about what is the right framework for thinking about macroeconomic fluctuation, the tried and true tradition of the quantity theory of money–MV=PY in a nutshell–or the dangerously new foreign Keynesian import–C+I+G=Y in a nutshell. If the former was correct, then a money growth rule made a lot of sense, as a kind of anchor for the swings of credit, restraining boom on the way up and preventing collapse on the way down. But if the latter was correct, then a money growth rule was dangerous nonsense, since what was needed on the way up and the way down both was a direct fiscal counter to the swing of aggregate demand. (There was of course also a third choice, Copeland’s Money Flows approach, but that one more or less got lost in the din, unfortunately according to me.)

In the context of that heated debate, the enormous attraction of the Taylor Rule was that it managed to frame the Keynesian case in rule-bound terms, thus occupying Simons’ ideological high ground but with apparently Keynesian content. Taylor began, it is worth recalling, simply by noting that empirically, notwithstanding all the talk about discretion, monetary policy already seemed to be following some kind of a rule, just not a constant money growth rule. Irving Fisher had suggested that, left to their own devices, markets compensate for expected inflation by raising the nominal interest rate, one for one. Taylor suggested that policy authorities, left to their own devices, overcompensate for expected inflation by raising rates even more, and that they also take into account the level of aggregate activity by lowering rates when the economy is operating below capacity. And so the debate shifted, no longer “rules versus discretion” but now money growth rule versus Taylor Rule, or some other rule.

As we know, the Taylor Rule won that debate, but the crucial argument was not analytical but empirical, the empirical breakdown in the money demand relation on which the money growth rule depended. Central banks had not been following a money growth rule, but in retrospect that seemed like a good thing. They had instead been following a different rule, and that also seemed like a good thing, since in practice it seemed to be delivering good economic outcomes. Out with the money supply/demand frame, and in with the Taylor Rule, eventually embedded in the New Keynesian DSGE orthodoxy.

From a money view perspective, this historical shift can be understood as a response to institutional developments in the supply of liquidity. The immediate postwar period was a system of monetary liquidity, when everyone, including banks, was flush with government paper pegged in price; deficit agents settled with surplus agents simply by transferring their holdings of monetary liquidity. In that environment, money growth rules made a certain amount of sense. Over time, however, as wartime stores got spent, we shifted to a system of funding liquidity; now deficit agents settled with surplus agents (on the margin) by borrowing, most commonly indirectly through a financial intermediary. In that environment, interest rate rules made more sense.

From a money view perspective, the fundamental source of leverage for monetary policy comes from the central role of the central bank in the payments system. In a monetary liquidity system, that centrality shows up as control over issuance of the ultimate means of payment. In a funding liquidity system, that same centrality shows up as control over the price of overnight borrowing, i.e. the price of delaying the “day of reckoning”. But today, arguably, we are living in a market liquidity system; deficit agents settle with surplus agents by selling an asset, most commonly by using it as collateral for borrowing. In that environment, interest rate rules may no longer be the right kind of rule.

Rightly you may ask, “Are you sure we are living in a market liquidity system?” Maybe that was so before the financial crisis, but maybe not so today. Interbank markets, in both unsecured and secured credit, are basically shut down, and the Liquidity Coverage Ratio seems intended to return us to the immediate postwar system of monetary liquidity. Having put our toes briefly into the market liquidity water, we found it too hot and have ever since been retreating to cooler pools, walking back all the way to the immediate postwar monetary liquidity system.

I answer, “Maybe so, but also maybe not.” Maybe instead the current problem is that we do not have the right monetary rule to ensure stable operation of the new liquidity system. Remember the turmoil of the 1970s, the interregnum between monetarist money growth rules and Keynesian interest rate rules? Possibly we are living in just such an interregnum right now. Instead of nostalgia for a simpler past, we need to be engaged with the project of designing resilient monetary policy frameworks for the complex future.

So far as I can see, one piece of a possible new framework is already in place, the emergency lending framework. We learned, in the crisis, that in the brave new world of market liquidity central banks are called upon to serve as dealers of last resort, not just lenders of last resort. We have learned a lot about how actually to do it: support markets not institutions, outside spread not inside spread, liquidity not solvency, core not periphery. And we have also begun to construct the institutional framework to do it globally, not just locally–I speak of the system of central bank liquidity swaps, priced at 50 bp away from covered interest parity.

We know about emergency lending, but what we are missing is the macroeconomic framework to guide a new rule for stabilization policy. After MV=PY we got C+I+G=Y. Today we are feeling our way beyond C+I+G=Y, and so also beyond the Taylor Rule. Maybe time to look back at Copeland, reconstructing his money flow approach for the modern world? That’s where I’m placing my bet.

From a money flow perspective, there are logically only three sources of funds for agents who find themselves in deficit on the goods and services account. They can dishoard (spend money balances), borrow, or sell some asset. In the argument sketched above, I have suggested that post-war institutional developments have followed a course emphasizing first dishoarding, then borrowing, and then selling, i.e. monetary liquidity, then funding liquidity, then market liquidity. All three are now in play, but the new one is market liquidity. That’s the one that broke in the global financial crisis, and that’s the one we need to fix in order to get the system working again.